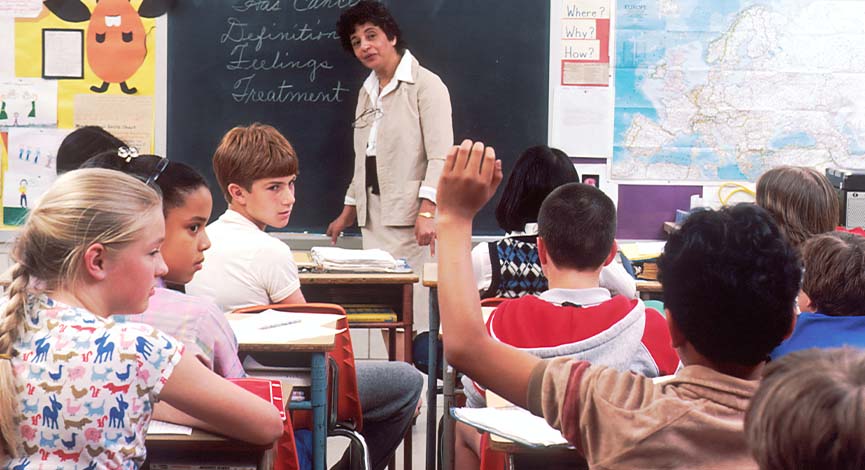 By Rebekah Entralgo and Bella DeVaan

School districts across the country are facing a historic number of teacher vacancies — an estimated 300,000, according to the National Education Association, the largest U.S. teachers union.

Some states are particularly hard hit, with approximately 2,000 empty positions in Illinois and Arizona, 3,000 in Nevada, and 9,000 in Florida.

How are political leaders responding? A number of rural Texas districts have moved to a four-day school schedule, creating major hassles for working parents. A new Arizona law will no longer require a bachelor’s degree for full-time teachers. Florida is allowing military veterans to temporarily teach without prior certification. Florida’s Broward County recruited over 100 teachers from the Philippines.

These band-aid actions ignore the root causes of the teacher crisis: low pay and burnout.

A new Economic Policy Institute report finds that teachers made 23.5 percent less than comparable college graduates in 2021. That’s the widest gap ever —  despite the extraordinary challenges teachers have faced during the pandemic. The gap is even wider in some of the states with the largest teacher shortages, reaching 32 percent in Arizona, for example.

Across the country, real wages for public school teachers have essentially flatlined since 1996.

When the NEA surveyed teachers earlier this year, 55 percent reported they plan to leave the profession sooner than planned. An overwhelming 91 percent pointed to burnout as their biggest concern, with 96 percent supporting raising salaries as a means to address burnout.

Some states are getting the message: In New Mexico, lawmakers have instituted minimum teacher salary tiers based on experience — beginning at $50,000 and maintaining a $64,000 median wage. They’re also aiming to codify annual 7 percent raises so that teachers don’t lose ground to inflation.

In other areas, teachers are harnessing their collective bargaining power to make their demands heard. Thousands of teachers in Ohio, Washington state, Pennsylvania, and Washington, D.C. went on strike during the first weeks of the academic year.

The educators’ union in Columbus, Ohio demands a simple, public “commitment to modern schools”: not only pay raises but also smaller class sizes, decent air conditioning, adequate funding for the arts and physical education, and caps on numbers of periods taught in a row.

Read one picketer’s sign: “You think we give up easy? Ask how long we wait to PEE!”

Meeting such demands requires public investment. And unfortunately, too many lawmakers favor lining the coffers of the wealthy instead of funding our school systems.

In 2021, the Columbus Dispatch estimates schools in the city lost out on $51 million to local real estate developers. In New York, more than $200 million in reduction in school budgets has provoked public outcry in a city where luxury builders have pocketed well over $1 billion in tax breaks each year.

The Columbus teachers union soon came to a “conceptual agreement” with the city’s schools, ending their strike. Let’s hope this is a sign of a turning tide. Through a relentless pandemic, vicious censorship of curricula, and surging inequality, we cannot continue to skimp on education while squandering our resources on the wealthy.