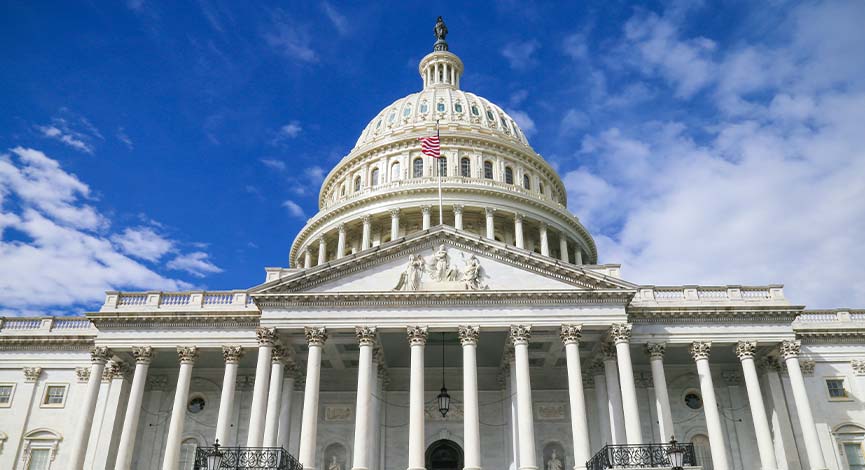 U.S. House Republicans included in the new rules for the chamber they passed this month a provision meant to make it easier for Congress to give away public lands.

The provision is a fairly technical piece of the 55-page rules package. It affects internal House accounting and requires that anytime Congress were to give any federal lands to a state, municipality or tribe, it would not be counted as a loss to the federal budget. House Republicans had an identical rule when they controlled the chamber from 2017 to 2019.

Advocates and critics agree the measure would be helpful to any effort by the House to transfer federal lands to states.

But they disagree about the wisdom of such giveaways.

Republicans and conservative groups see states as preferable stewards of most public lands. Those closest to the land are in a better position to make decisions on how to manage them than those in Washington bureaucracies, they say.

Environmental groups and Democrats see federal divestment as a step toward restricting access to places to which all Americans should have a claim. States couldn’t afford to protect public lands, which would lead them to sell to private companies, they say.

Republicans “want to make it easier to cheat American taxpayers and give away our public lands for nothing in return,” House Natural Resources ranking Democrat Raul Grijalva, of Arizona, said in a written statement.

“They’re ordering Congress’s accountants to cook the books for them. This is not good economic or environmental policy. This is Republicans doing the bidding of anti-public lands extremists.”

Rebekah Hoshinko, a spokeswoman for new House Natural Resources Chairman Bruce Westerman, a Republican from Arkansas, said Grijalva misrepresented the rule change, which would only apply to transfers to states, local governments and tribes — not the private sector.

“Republicans are committed to ensuring federal land management best reflects the needs of the local people closest to these lands,” she wrote in an email. “This provision is not a giveaway to private industry like Mr. Grijalva is claiming.”

The rule would apply to any land owned by the federal government, almost all of which is in 11 Western states and Alaska. In practice, it would likely be pertinent mostly to undeveloped tracts.

The two sides disagree about the accounting merits of the rule change.

Environmental groups and some Democrats say federal lands do have real value. The federal government could make money from leasing energy or mineral rights, or from selling the land. Giving land away is not neutral to the budget.

“You are giving up any potential revenue, whether it’s from entry fees, usage fees, or from natural resources if there were rights there,” said Aaron Weiss, the deputy director of the public lands group Center for Western Priorities. “That’s money that would have gone to taxpayers.”

Groups that favor less federal involvement in public lands, though, say any value tied to potential extractive industries such as mining, oil and gas or logging is overstated by a federal government that limits such activities.

“It’s kind of a false cost,” said David McDonald, an attorney with the Mountain States Legal Foundation, a group that litigates on behalf of private property interests. “This is more of an honest accounting.”

The nonpartisan Congressional Budget Office, which is not bound by House Republican rules, would still have a final score of any legislation to convey federal lands. The Senate is also not bound to use the same accounting rules.

But the House rules are still important because they could make giving away those valuable lands more palatable to a Republican majority that wants to protect an image of fiscal responsibility, critics of the provision say.

Supporters of the measure agree that it would make it easier for Congress to divest public lands, but they say that’s a good thing.

Karla Jones, a senior director for federalism at the conservative American Legislative Exchange Council, said in an email that the federal government should seek opportunities for more local control of federal lands.

Policies that facilitate the transfer of federal land — excluding national parks, monuments, wilderness areas and military installments — to the states “will ensure that territory is managed by those who have the greatest interest in its preservation and condition and the best understanding of how to care for it,” Jones wrote. “The states are the optimal environmental and economic stewards of the lands within their borders.”

How could states pay for maintenance?

But states may also be hard-pressed to afford formerly federal lands.

“The biggest problem is the cost of maintaining public lands,” Nicole Gentile, the senior director for public lands at the liberal Center for American Progress, said. “Fighting wildfire alone would bankrupt a lot of states.”

If states can’t afford new acquisitions, they’d look to sell, likely to oil and gas or other industries that covet spaces in the West, the location of most federally owned land. So, while the rule change only applies to transfers of federal land to other governments, it could quickly result in privatization that could block access to regular users, opponents of the provision say.

Advocates of relinquishing federal lands say pushing the costs to states would be a good thing.

The provision “will ensure that the House can process legislation that will actually benefit the federal government by reducing maintenance costs and increasing tax revenues,” Hoshinko said.

Even if the states don’t end up having to sell newly acquired lands, public access could become an issue.

Access to federal lands is stronger than in many state trust lands.

According to a 2017 analysis by the Center for Western Priorities, Montana had the highest score of eight Mountain West states rated for access to public lands.

Arizona “needs improvement,” according to the analysis. Colorado had the most restrictive access laws but scored well for having strong dedicated funding for conservation and wildlife management.

Ratings today would be similar to the six-year-old study, Weiss said.

No rush of land transfers

The rule’s return is significant because it shows the new Republican House majority is aligned with the industries that stand to benefit from a divestment of federal lands, Gentile said.

“The reason it’s important to shine a light on is the question of, which interests are they actually looking out for?” she said.

House Republicans and their allies dispute that the measure is primarily intended to enrich industry. Allowing private landowners to manage pieces of land, though, would be more beneficial, McDonald said.

Rather than setting land aside for those who can afford to take a long backpacking trip, the areas could be used for ranchers or oil and gas interests to earn a livelihood, he said.

“It’s the democratizing of federal land,” he said.

The rules change is perhaps unlikely to result in a federal lands giveaway to states anytime soon.

It would only apply to internal House bookkeeping. The Congressional Budget Office would still weigh in on any bill with a budget impact and the Democratic Senate and Biden White House would be unlikely to rubber stamp House Republican calculations.

The last time the rule was in effect, when Republicans held the House, Senate and White House in the first half of the Trump administration, the only major bill to transfer federal land to states went nowhere.

Then-Oversight Committee Chairman Jason Chaffetz of Utah pushed a bill to give away 3 million acres of federal land in Utah, but ultimately withdrew it under public pressure.