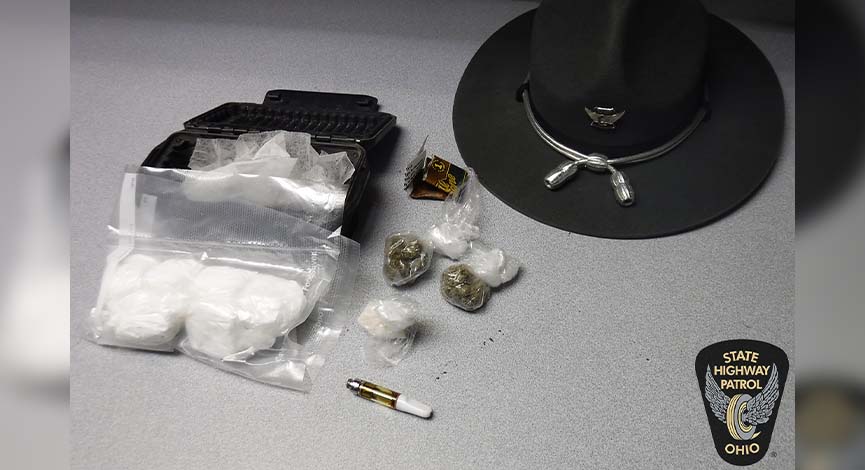 The incident occurred at 12:35 a.m. on January 11, when a rented 2023 Kia Sportage was pulled over for a speed violation on Interstate 75.

According to a press release from the Ohio State Highway Patrol, troopers detected an odor of raw marijuana coming from the vehicle and a search of the car revealed one gram of marijuana from the passenger area and a magnetic box containing 183 grams of fentanyl, worth approximately $27,450.

A search of the passenger also revealed 8 grams of suspected crack cocaine and 7 grams of marijuana on his person, according to the release.