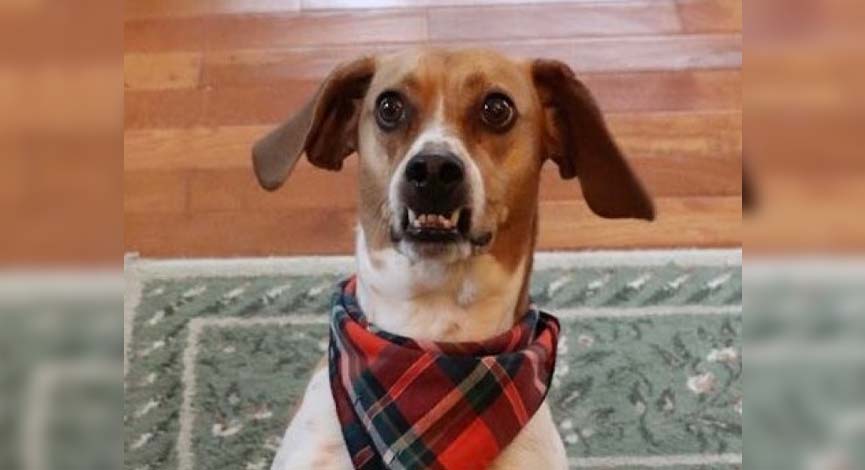 Fostoria, Ohio — Buddy, a “scrappy stray dog with a heart of gold,” has been nominated to compete in the 2023 America’s Favorite Pet contest.

The contest, organized by Dogster Magazine, gives pet owners the chance to win $5,000 and a feature in the magazine by sharing their pet’s story and encouraging others to vote for them.

Buddy was found living in a pipe at a grain elevator in poor health and covered in ticks. He was rescued by the Seneca County Dog Warden, who spent hours picking off the ticks and nursing him back to health.

Buddy’s owner, Marquita Smith of Fostoria, submitted his story and a picture for the contest after adopting him from the dog warden several years ago. Despite his initial shyness and mistrust of people, Buddy quickly adapted to his new home with the Smith family and became a beloved member of the household. 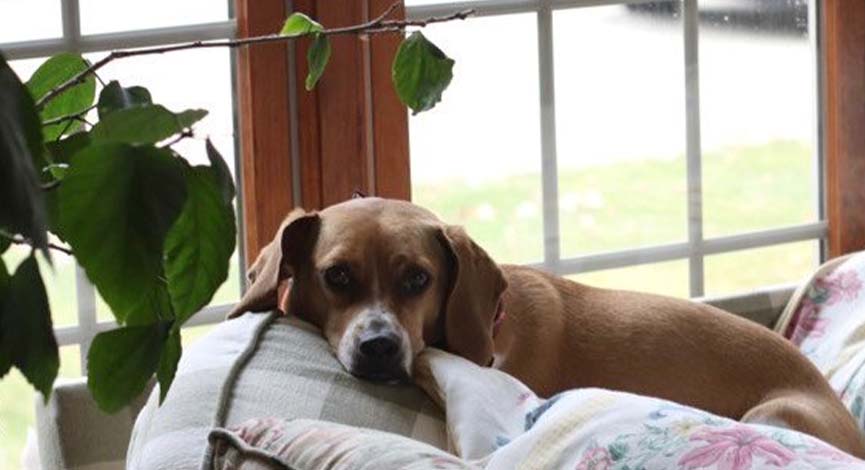 “Buddy was living in a pipe at a grain elevator when he was found,” Smith said. “He was in very poor health and had hundreds of sores from ticks all over him. But the dog warden, Kelly Marker, was determined to help him. She spent hours picking off the ticks and nursing him back to health.”

It wasn’t long before Smith and her husband Jerry decided to adopt Buddy. They had been searching for the perfect dog to add to their family, and they knew that Buddy was the one they had been looking for.

Buddy’s go-to treat is cheese, and he has become a connoisseur of the food, Smith said. He especially loves Baby Bella cheese and can tell if he is given an imposter cheese, which he will promptly spit out. Despite this love of cheese, his owner has to be careful not to give him too much, as it can upset his digestive system and make him too roly poly to chase birds and squirrels in the woods.

Buddy’s favorite toy is a fuzzy bed that he throws up in the air and runs under as fast as he can so it will come down and cover him, according to Smith. He also enjoys playing ball and frisbee with the children in his life, although he does not understand that he needs to bring the ball or frisbee back to continue playing. In addition to these toys, Buddy loves playing a “own version” of hide and seek with his dachshund sister, who does not always appreciate his sense of humor. 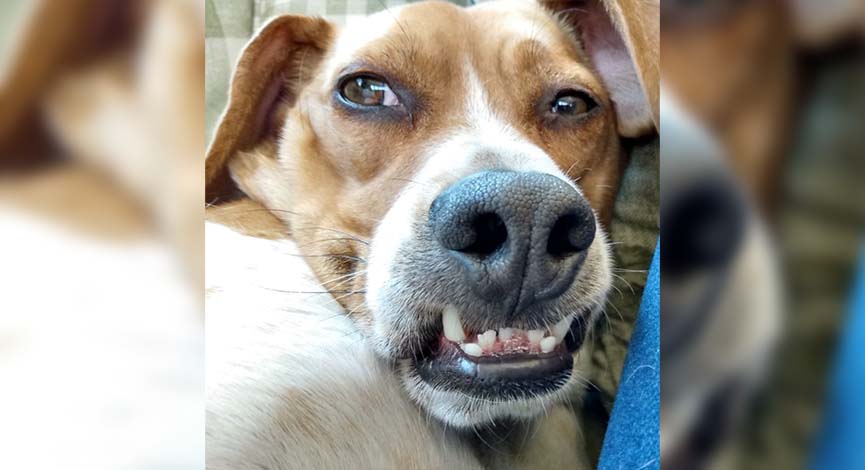 Smith said Buddy is a big flirt and loves snuggling with his humans. He is also an expert bird and squirrel watcher and seems to know when someone is having a bad day, comforting them with his friendly outgoing personality and heartwarming smile. Buddy lives up to his name as he is a friend to everyone he meets.

Buddy’s journey from stray to America’s Favorite Pet is a testament to the resilience and love of animals and a reminder of the good that can come from giving a chance to those in need. If Buddy wins, his owner plans to donate the $5,000 prize to the Seneca County Dog Warden’s Office and the Seneca County Humane Society.

Voting for the first round of the competition begins on Jan. 16th and runs through Jan. 26th. You can cast your vote for Buddy at https://americasfavpet.com/2023/buddy-83be.