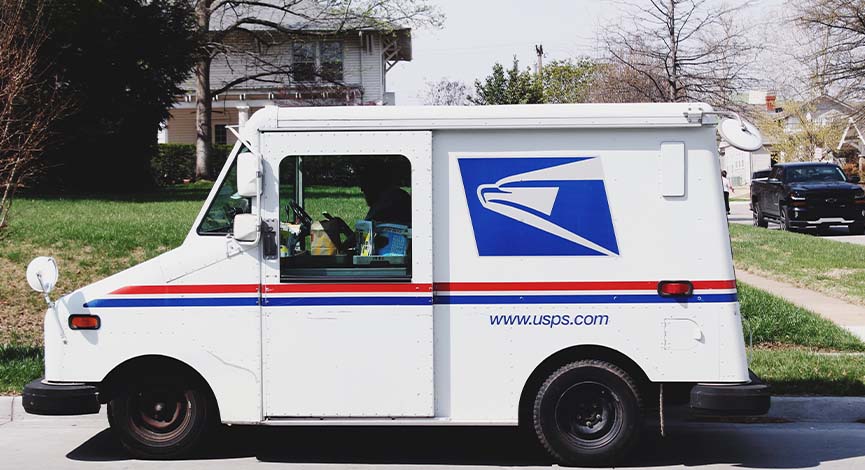 Challenges with the cash-strapped United States Postal Service sent many Americans to their wit’s end during the COVID-19 pandemic, especially in communities reliant on the mail for essential goods.

Yet despite concerns from members of Congress that recent service changes hit rural communities more than urban centers, a new report from the U.S. Government Accountability Office found few significant differences in on-time USPS delivery rates between these locales.

“The report validates expectations that there are few differences in service performance for urban and rural areas,” said Angela Curtis, the USPS vice president of delivery operations, in a written response to the report from the GAO, a government watchdog.

The Postal Service’s financial viability has been on the GAO’s High Risk List since 2009. The GAO said that in response, the Postal Service has recently “made changes to its operations designed to restore financial self-sufficiency.”

Sen. Maggie Hassan, D-N.H., a member of the Committee on Homeland Security and Government Affairs, has consistently highlighted the importance of mail service to rural communities since before the COVID-19 pandemic began. Hassan asked the GAO to examine performance differences between rural and urban areas.

“I am concerned that USPS’s efforts to address financial and operational challenges in the past several years have disproportionately affected rural communities,” Hassan said in her January 2020 request letter to the GAO.

“I regularly hear from our constituents about various mail delivery issues — from transit time that seems to be longer than USPS reports, to mail that is not delivered at all.”

The team specifically examined data from first-class mail, marketing mail, periodical and package deliveries. These categories collectively comprise more than 90% of USPS mail volume and more than half of USPS revenue, according to the GAO report, which was published Jan. 12.

At the national and regional levels, the auditors found no differences of 5% or greater in on-time delivery rate between urban and rural areas for any of the mail products studied.

At the postal district level, they found no difference of 5% or greater in on-time delivery rates for packages between urban and rural areas.

The GAO did cite that eight of 50 postal districts nationwide had a 5% or greater difference in on-time mail delivery rate of periodicals, which varied between favoring urban and rural areas.

In Hawaii and the district comprising Massachusetts and Rhode Island, on-time periodical deliveries occurred 5% or more frequently in urban areas than rural areas.

The USPS justified this disparity to the GAO by noting “periodicals arrive at the facility multiple times per day, which can create staffing conflict between package and periodical delivery.” The USPS reported that it plans to move up the time in which periodicals enter the mail system in order to minimize these delays.

The GAO also found that Hawaii was the only state with a 5% or greater split in on-time delivery rate of first-class and marketing mail between urban and rural areas, favoring urban areas.

The authors said USPS attributed this difference to the fact that Hawaii brings in mail via boat and plane. These modes of mail transport can lead to problems in rural service due to limited cargo space, according to USPS officials cited in the report.

A lack of demographic monitoring

In the same report, the GAO determined that after the USPS makes service and operational changes, administrators do not have a system for collecting data on impacts to demographic groups.

In 2021, USPS implemented two nationwide adjustments to service standards, extending the time carriers could take to deliver first-class mail and periodicals, along with first-class packages. The auditors found the USPS modeled the effects that this change would have on rural areas before consulting the Postal Regulatory Commission for an advisory opinion, as required by federal law.

However, the GAO also found that after these service changes were implemented, the USPS used its existing software to monitor impacts, which does not account for urban and rural differences in delivery performance.

The GAO found that while the USPS consulted agency stakeholders on impacts to rural service prior to making these changes, once again they did not monitor for effects on delivery performance after the changes were executed. USPS officials told the GAO that given no effect on rural deliveries was expected from these changes, the agency did not monitor for impacts to these communities.