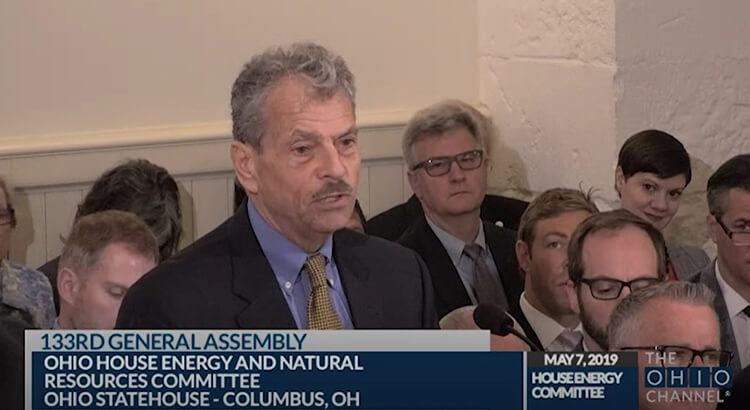 The Ohio Supreme Court agreed to hear the Ohio Attorney General’s appeal to freeze funds of a former state utility head who was named as part of a public corruption scandal.

The court will decide whether to re-freeze the bank accounts of Sam Randazzo, who was chairman of the Public Utilities Commission of Ohio.

“It arises from a brazen conspiracy perpetrated by an energy conglomerate, FirstEnergy Corp., to defraud Ohioans out of billions of dollars,” Yost wrote in court filings.

Randazzo fell from grace after FirstEnergy Corp, in a deferred prosecution agreement, said the chairman was bribed with $4.3 million through his company, Sustainability Funding Alliance of Ohio, Inc., “for favorable regulated treatment by Randazzo as chair of the Public Utilities Commission of Ohio,” according to Yost.

Randazzo was not the only one allegedly connected by the company to bribes. Former Ohio House Speaker Larry Householder, who has pleaded not guilty and whose trial related to the bribery scheme begins Jan. 20, was implicated by the company in a scheme amounting to more than $60 million in bribes.

The former lobbyist and former PUCO chairman Randazzo is not charged in relation to the FirstEnergy/Householder cases, but the Ohio Supreme Court will be looking at a civil case filed by the state in an attempt to claw back damages.

Ohio Attorney General Dave Yost originally prevailed in the case, with a judge agreeing to freeze Randazzo bank accounts for up to $8 million.

But on appeal, a three-judge panel of the 10th District Court of Appeals reversed the decision, and said Yost failed to give an explicit explanation for freezing $8 million.

“The state had not – and still has not – obtained any judgment against (Randazzo) and the state fails to adequately explain where this $8 million figure was obtained,” Judge Laurel Beatty Blunt wrote in the unanimous ruling.

In December, the Ohio Supreme Court agreed to pause enforcement of the appeals court decision as they decided whether or not to take up the case.

Yost asked the court to intervene because “Randazzo has shed assets and otherwise placed them beyond the state’s reach since he first became aware of inevitable lawsuits he would face arising from his part in the conspiracy with FirstEnergy.”

That includes a house the former PUCO chairman “gifted” his son, according to court documents, along with four properties equaling more than $4.8 million in value and other properties to a trust in Randazzo’s wife’s name, according to the attorney general’s office.