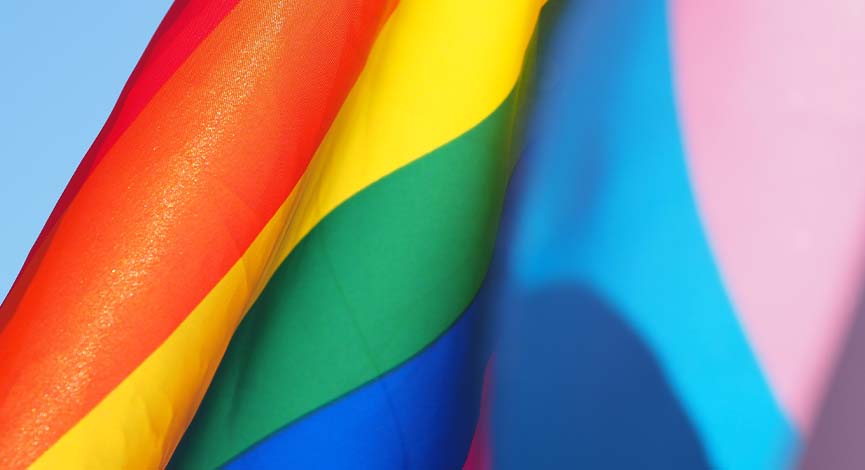 I grew up in a struggling, post-industrial Ohio town in the 1990s where ignorance and intolerance often reigned. I stood up to bullies my whole life, and when put under physical threat, I fought them.

No bully can intimidate me, and so even though I was definitely a weird kid, I was also funnier, smarter, and stronger than them.

They tested me, in the ways that kids do, and learned to be respectful. They also knew I would not tolerate bullying of others, so if anyone picked on someone just for being different, we were going to have a problem.

But instead of being tough on themselves to grow into better human beings, they desperately try to mask their weakness and insecurity by acting tough to try to intimidate others.

It’s tragic to see in any child and sad to see in any teenager, but when bullying manifests in grown adults, it’s pathetic; an inexcusable and disgusting stunting of the mind.

When I was in high school 20 years ago, being LGBTQ put a big target on your back.

Powerful, influential LGBTQ people in sports, music, film, and business often stayed hidden in the closet, preferring to torture themselves mentally by living a lie than risk the very real possibility of deadly physical violence.

Nothing made these horrifying stakes more clear to my young mind than Matthew Shepard being tied to a fence and beaten to death in 1998.

He was 21, only eight years older than I was at the time — thinking about what kind of monstrous world I would have to live in.

I grew up knowing how to be tough in a tough city, but I knew I could not come out while I lived there, or I would be fighting constantly, no matter what respect I had earned. I’ve never been scared of a fight, but rumbling with idiots every day to defend my right to peacefully exist is not my idea of a good time.

Once I got far enough away to feel safe, I came out and my life has been absolutely blessed and beautiful ever since. I’m very fortunate and grateful for that. I wish the same for all my LGBTQ sisters and brothers.

Over the last 20 years, I’ve watched America transform from that dark place of hate and intolerance to one of widespread LGBTQ toleration and acceptance, at least in our popular culture and some of our laws and cities.

I give credit to all enlightened citizens of good conscience, and each new generation, for largely discarding the loathsome societal shackles of the past to carve out a new path.

Unfortunately, many Americans remain in thrall to the weak, insecure, hateful bigots and bullies, who are trying to fear-monger our newfound cultural acceptance in a despicable attempt to once again dehumanize us, and erase our lives and experiences.

They want to scare and intimidate us by spreading malicious lies and attacking anyone or anything that lets LGBTQ people know we are safe, accepted, loved, and not alone.

From the Anti-Defamation League:

Far-right and extremist voices have launched a significant attack against the LGBTQ+ community in 2021-2022, demonizing people via repeated false claims that LGBTQ+ people are “pedophiles” who are “grooming” children in order to abuse them. This false and malicious narrative has been weaponized to label the LGBTQ+ community as “groomers” and has fueled a slew of hostile legislation and policies aimed at erasing the discussion of LGBTQ+ related issues in schools, removing LGBTQ+ books from schools and public libraries and, especially, to ostracize, defame and harass transgender people.

The blowback against widespread LGBTQ acceptance has been relentless, destructive, and deadly, especially for young LGBTQ people.

A 2022 survey from The Trevor Project found that 45% of LGBTQ youth across the country seriously considered suicide in the last year, while 14% actually attempted suicide.

The rate was even higher among transgender and non-binary people, who have become the primary targets of hate-baiting authoritarians.

This breaks my heart. These kids are already going through quite enough and the last thing they need is poisonous politics victimizing them further.

In 2021, the Human Rights Campaign tracked a record number of violent fatal incidents against transgender and gender non-conforming people — with 50 deaths.

These are people’s children and family members and friends whose last moments alive were suffered under the wicked violence of hate and intolerance.

LGBTQ safe spaces and celebrations have been targeted with threats or acts of violence, including in Columbus in December.

Last year, by March alone, state lawmakers across the U.S. had proposed a record 238 bills that would limit the rights of LGBTQ Americans, with about half of them targeting transgender people specifically.

Repugnant jackals in the Ohio Statehouse have made repeated attempts to pass anti-LGBTQ laws attacking trans athletes and health care for no reason. They decided their time was best spent bullying one of Ohio’s most vulnerable youth populations.

Their proposed laws have been so thoughtless and cruel, they crafted one without consulting even a single member of the trans community and created a national embarrassment for the state by proposing another to subject trans athletes to genital inspections.

This week, we learned that a group of failed Republican central committee and local school board candidates have now filed a lawsuit against Hilliard City Schools alleging teachers are having “intimate sexual conversations” with students, and calling for the removal of badges supporting LGBTQ+ students.

Their evidence? A questionnaire asking for preferred pronouns, and some teachers wearing the badges to let LGBTQ students know they are a safe adult.

These people are either gullible and easily duped by misinformation and hateful rhetoric, or they are simply small-minded, hateful bigots, misleading others into hatred and intolerance. Either way, they’re part of an insidious movement attempting to terrorize all LGBTQ people.

They’re bullies, trying to bully the school district into bullying kids the district is meant to protect.

Twist a pig’s ear and listen to it squeal. Ask a bigot to have a shred of decency and they scream like wild banshees.

I could have never fathomed the progress LGBTQ people have made these last 20 years, and I couldn’t be more proud of it.

But we can not rest. We can never rest.

The forces of hate will continue desperately trying to manipulate the public with odious lies about us.

That’s how the whole authoritarian terrorism game works, and they’re as energized as ever.

LGBTQ people and our allies have to be constantly vocal and vigilant in standing up against these bullies.

We are funnier, smarter, and stronger than them.

While they congregate in delusional, dark-hearted paranoia, we gather in open, honest supportive acceptance.

Their shrieks of hate can not ever be allowed again to overcome our songs of love.