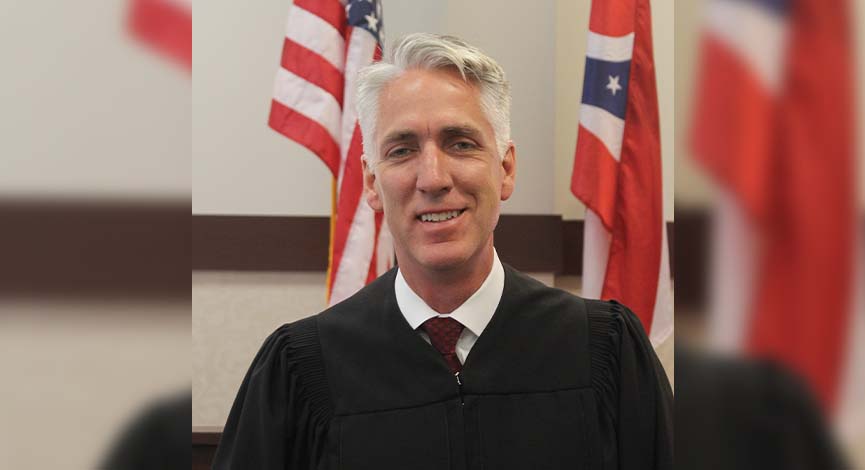 Jay A. Meyer is the judge for the Seneca County Juvenile/Probate Court. (Photo Credit: SenecaCountyOhio.gov)
ShareTweet

Since 2011, the OSS District has financially supported the Court’s Community Service/Restitution Litter Collection Program, which provides an opportunity for local youth to improve their community while also making amends for past mistakes, according to a press release from the Court.

Participating youth, supervised by the Juvenile Court’s Director of Community Outreach Jim Jarrett, collect waste and large debris throughout the community, and then sort, recycle, and dispose of the remaining waste. This not only helps to keep the community cleaner and more beautiful, but also protects it from dangerous waste located at the roadside, according to the release.

The OSS District has reimbursed the Court almost $44,500.00 for the Program’s beautification efforts since 2011. These funds have been used to support Court programs and purchase necessary equipment, the release states.

Jim Jarrett works hard to ensure that participating youth have a safe and valuable experience, according to the release. In one day this past summer, his team covered 35 miles and collected four bags of trash, a mattress weighing several hundred pounds, a washing machine drum, tires, and a plastic chest.

Judge Jay A. Meyer describes the collaboration with the OSS District as “a key component to rehabilitate many of our community’s youth.” He also thanked Mark Zimmerman and Greg Breidenbach at the Seneca County Engineer’s Office, the Township Trustees, the Seneca County Sheriff’s Department, and the Tiffin Police Department, who provided extensive assistance to the youth throughout the year.

Participating youth leave the program with a new appreciation for keeping the community clean and a strong sense of pride that they helped make it a safer and more beautiful place, according to Meyer.