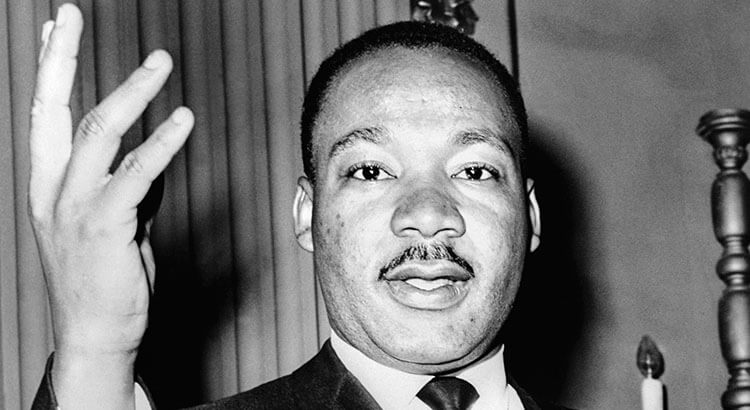 The speeches of Dr. Martin Luther King Jr. will be cited throughout this day meant to honor his memory and legacy – and for good reason. As one of the world’s most influential orators of the 20th century, he brought truth to power with his words, time and again.

Equally deserving of praise is King’s writing, the foundation for his prowess as a public speaker. But some of his most memorable phrasing comes in a passage he never delivered in public, and it was written at a time of great duress.

“Injustice anywhere is a threat to justice everywhere,” King wrote on April 16, 1963. “We are caught in an inescapable network of mutuality, tied in a single garment of destiny. Whatever affects one directly, affects all indirectly.”

Those words were in a letter King wrote from the jail in Birmingham, Alabama, where he was being held for violating a city prohibition on protests. He had intended to speak there, even though local clergy members urged him not to do so in an open letter. They called his visit to their city “unwise and untimely.”

King planned to respond to the letter in a speech, but his only option behind bars was to write his response. In it, he eloquently set forth his reasoning as an “outsider” seeking change in a deeply segregated city in the grips of Jim Crow doctrine.

“You deplore the demonstrations taking place in Birmingham,” King responds in his letter. “But your statement, I am sorry to say, fails to express a similar concern for the conditions that brought about the demonstrations. I am sure that none of you would want to rest content with the superficial kind of social analysis that deals merely with effects and does not grapple with underlying causes. It is unfortunate that demonstrations are taking place in Birmingham, but it is even more unfortunate that the city’s white power structure left the Negro community with no alternative.”

The deeper message from King’s response continues to apply today. Just replace “Birmingham” with any town, city or state, and “Negro” with the long-oppressed segment of a community that remains stifled under the weight of inaction. Sadly, the latter reference doesn’t have to be changed in many places, just updated to “Black.”

Like Birmingham in the 1960s, America still harbors tyranny in plain sight in 2023. Much of it is with the complicity – and outright encouragement – of today’s power structure. Proof is not hard to find.

Just ask any of the migrants who have been bussed across the country, used as political pawns with no regard for their well-being or long-term welfare.

Ask members of the vulnerable LGBTQ community, made scapegoats by those who weaponize religion.

Ask someone of Jewish faith, who still has to explain to their children why they remain targets of hate for yet another generation. And why people with the power to defend them do just the opposite.

Ask women, who now fear unforeseen complications from pregnancy – as well as punitive or fatal consequences – after four men and one woman decided to wield unprecedented power over reproductive health.

Proof abounds, and it’s not likely King would have sat by idle and allowed injustice to flourish. Even inside a jail cell, his written words resonated to sway the hearts and minds of those who sought to silence him.

Whatever bars or burdens we might face today, it’s imperative that we lift our voices and spare no words on behalf of those who struggle to speak for themselves.

Greg LaRose has covered news for more than 30 years in Louisiana. Before coming to the Louisiana Illuminator, he was the chief investigative reporter for WDSU-TV in New Orleans. He previously led the government and politics team for The Times-Picayune | NOLA.com, and was editor in chief at New Orleans CityBusiness. Greg’s other career stops include Tiger Rag, South Baton Rouge Journal, the Covington News Banner, Louisiana Radio Network and multiple radio stations.