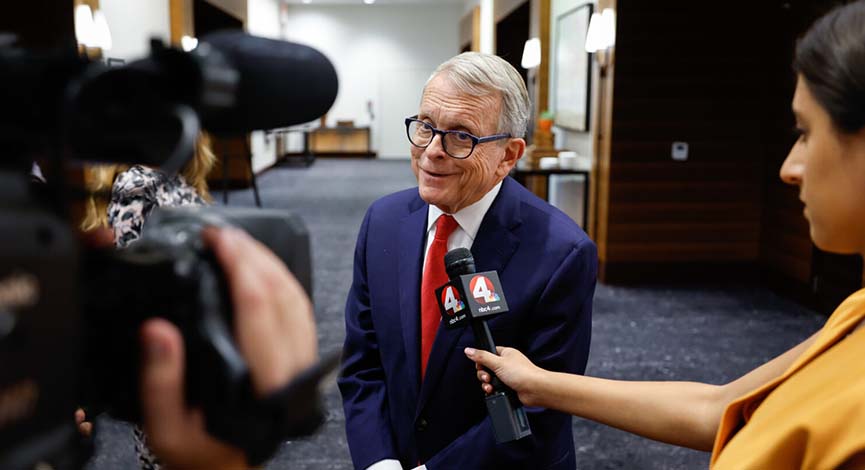 Gov. Mike DeWine will soon have the opportunity to significantly impact how Ohio regulates utilities — and in doing so, help control the rising costs facing Ohioans and Ohio businesses.

This opportunity comes as the result of an upcoming retirement of a longtime member of the Public Utility Commission of Ohio (PUCO) — the five-member body appointed by the governor to regulate providers of all kinds of utility services. Ohioans need a PUCO that balances the needs of customers with the wants of utility monopolies.

The criminal case brought against former Ohio House Speaker Larry Householder — who allegedly oversaw the $60 million bribery scheme tied to House Bill 6, the nuclear and coal bailout law — was a wake-up call. It was a reminder of how cozy some policymakers had become with electric utilities. Another reminder was the resignation of the former PUCO chair after his home was raided by the FBI — and it was discovered he took a multi-million-dollar payment from FirstEnergy prior to being named chair.

Ohio needs and deserves better. That’s why there is a lot riding on the governor’s pick. Not only does the cycle of electric utility-related corruption need to end, but Ohio’s manufacturing community needs pro-growth, forward-looking energy policies. Consider the following:

Anything and everything that can be done to keep Ohio’s electricity costs competitive will benefit the overall economy and ensure even more well-paying manufacturing jobs for Ohioans. This means regulators need to be ready to stand up to the electric utilities and say, “Enough!”

Among the characteristics most important in a new PUCO member is knowledge — knowledge of the electric companies, their operations, and their markets. That knowledge only works, however, when paired with independence.

The world of utility regulation tends to be inhabited by insiders — former utility employees, attorneys from firms that represent utilities, and PUCO staff. However, the governor would be well served to consider outside perspectives for the current PUCO vacancy.

Gov. DeWine and Lt. Gov. Jon Husted deserve much credit for recently securing several significant, job-creating projects for Ohio, including multiple projects in the manufacturing sector. The new Intel chip-making factory and the Honda-LG joint venture to make electric car batteries are two prime examples — and both will be significant energy consumers.

When it comes to Ohio’s electric markets, we have an opportunity to ensure a more competitive future. We need to return to the free-market path envisioned under deregulation, enacted in Ohio more than 20 years ago.

By appointing the right person as the new PUCO commissioner, the governor can assure Ohio’s electricity customers that he has provided them with a knowledgeable, independent advocate who puts Ohioans first.

Ryan Augsburger is president of The Ohio Manufacturers’ Association.