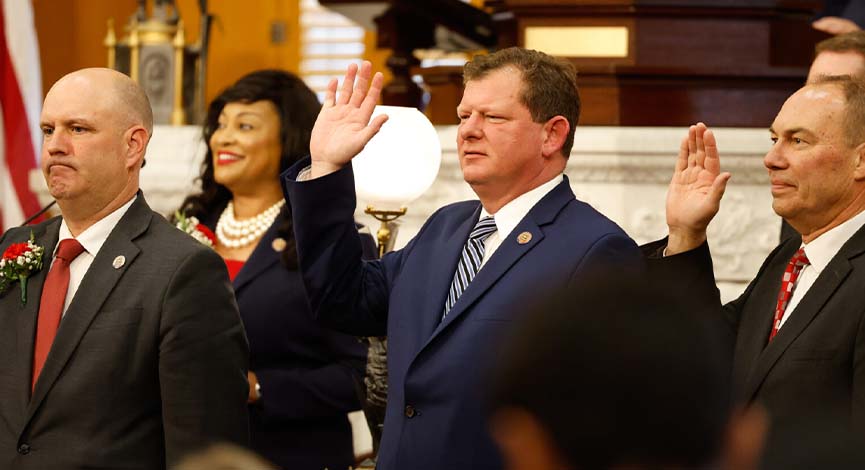 I used to live in the state of Nebraska where I did work as an organizer and an occasional lobbyist in the nation’s only nonpartisan legislature.

Candidates for the Nebraska unicameral legislature run on a nonpartisan ballot and once elected, do not caucus with a party. When I was living in Nebraska, all committee chairs were elected by secret ballot and each legislator was allowed to designate one bill a “priority bill,” guaranteeing it debate on the floor if it is voted out of its respective committee.

Because of these institutions, a legislature that was overwhelmingly represented by registered Republicans ended up passing a gas tax increase, driver’s licenses for undocumented workers, and a death penalty repeal in 2015.

Moving to Ohio was a big change for me to say the least. In a state that did not have the extreme progressive-era nonpartisan reforms of Nebraska, party politics are the name of the game here. Often, minority members feel shut out of the policymaking process, most cynically demonstrated with Ohio’s ongoing redistricting saga.

Despite the partisan dynamic, Ohio politics have shown an ability to change. Jason Stephen’s election to Ohio House speaker by a coalition of Democrats and Republicans is the second time in four years the minority party has helped elect a speaker to the chagrin of the majority party.

Before Larry Householder became the face of the largest racketeering scandal in Ohio history, he was elected by a coalition of Republicans and Democrats to lead a House of Representatives that did things like increase the Earned Income Tax Credit during a gas tax increase. He only came to power because his political rivals assumed whomever had a majority of Republicans would win, but that sort of partisan complacency can lead to internal political fissures.

We have seen this happen in other states, too. While Republicans hold a majority of Alaska House seats, a group of Democrats, Republicans, and independent legislators formed a coalition that runs Alaska’s lower chamber. Throughout the 2010s, moderate Democrats caucused with Republicans to whisk the minority Republicans into a majority in the New York Senate. Over the past decade, Democrats have joined with Republicans in the Texas House of Representatives to elect speaker Joe Straus, who combined fiscal conservatism with public opposition to measures like President Trump’s Muslim travel ban and anti-transgender bathroom bills.

In a recent article on issues that Ohio may deal with this year, capitol square watcher Jeremy Pelzer called current historic Republican majorities “a blessing and a curse for legislative Republican leaders.” Stephen’s win is another dramatic bipartisan coalition like Householder cobbled together and those we’ve seen in Alaska, New York, and Texas. This could lead to an unexpected policy landscape, with new policy bubbling to the top as the outcome of strange political bedfellows.

While it is impossible to know exactly what will happen in Ohio over the next few years, I hope policymakers in charge will have an orientation toward evidence and will keep an open mind to policy options. Ohio does not need to be the last state to adopt new measures to grow the economy, reduce poverty and inequality, and improve lives. With smart leadership, Ohio can be a leader at crafting sound policy.