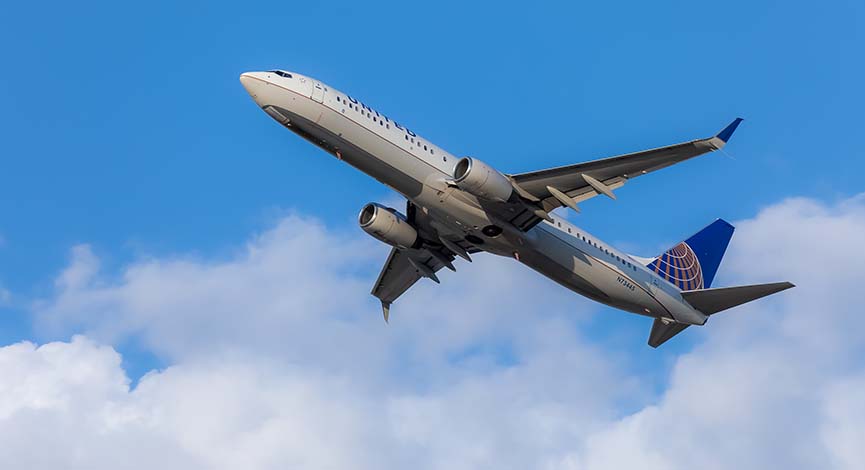 A breakdown in the federal aviation system earlier this month threw a spotlight on the absence of a Senate-confirmed leader of the Federal Aviation Administration, prompting Majority Leader Chuck Schumer to push for the chamber to confirm President Joe Biden’s choice to lead the agency.

But key Senate Republicans have raised concerns about that nominee, Denver International Airport CEO Phil Washington, that could complicate the confirmation process of a position that is normally noncontroversial.

Few outside the aviation industry and transportation policymakers typically notice when the FAA is without a Senate-confirmed leader.

But the difficulties the agency faced this month brought a renewed focus to the nomination, which had been troubled by Republican opposition.

A ground stop, caused by a bug in an FAA alert system, which halted all U.S. flights for a few hours earlier this month, sparked public statements by Schumer, a New York Democrat, and Colorado Democrat John Hickenlooper, Washington’s chief advocate in the Senate, to push for the Senate to vote on his confirmation.

“With recent events, including airline troubles and last week’s tech problem, this agency needs a leader confirmed by the Senate immediately,” Schumer said in a Jan. 15 press conference.

“I intend to break this logjam, work to hold a hearing for Mr. Washington, where he can detail his experience and answer questions and then work towards a speedy Senate confirmation.”

Schumer added that fixing the problems at the agency begins and ends with filling the FAA administrator role.

“Air travel in America shouldn’t grind to a halt because of an outdated computer system,” Hickenlooper said in a statement.

“The FAA needs a permanent Senate-confirmed administrator who knows how to get things done. Phil Washington, who served for 24 years as a U.S. Army command sergeant major, is that person and the Senate should confirm him.”

Unlike some other executive branch agencies, the FAA administrator typically does not resign when the president’s term ends.

The last Senate-approved administrator, Stephen Dickson, had been nominated by former President Donald Trump and was in office from August 2019 to March 2022. The agency’s chief safety official, Billy Nolen, has been acting administrator since April 2022.

Biden renominated Washington for the post this month after his first nomination, in July 2022, expired without action at the end of the last Congress. Washington’s confirmation would make him the first Senate-confirmed Black person to lead the FAA.

Schumer blamed Republicans for delaying the confirmation. However, Washington state Democrat Maria Cantwell, who leads the Senate Commerce, Science and Transportation Committee that oversees aviation, has not scheduled a confirmation hearing.

A spokeswoman for Cantwell did not return a message seeking comment.

The Denver International Airport deferred an interview request for Washington to the White House. White House communications officers did not respond to messages.

The Republican opposition to Washington has hardened since his nomination in July.

At the time, the leading Republican on the Commerce Committee, Mississippi’s Roger Wicker, said he was concerned about Washington’s lack of aviation experience. Prior to joining the Denver airport —  the world’s third-busiest, according to an industry group — in July 2021, Washington was a member of Biden’s transition team and led transit agencies in Denver and Los Angeles.

Then in September 2022, Washington was named in a warrant served by the Los Angeles County Sheriff’s Office related to a contract L.A. Metro had given to a politically connected nonprofit. The target of the investigation appeared to be County Supervisor Sheila Kuehl, but authorities also sought communications with Washington.

Wicker said in a Sept. 14 statement that he was “deeply troubled” by the connection and that the “vetting process will require additional scrutiny and review into his leadership at LA Metro.”

Federal law requires the FAA administrator to be a civilian. Washington’s Army career, from 1976 to 2000, could require a congressional waiver, Cruz said in a statement.

“Phil Washington does not qualify as a civilian under the statute and, therefore, is ineligible to serve as FAA administrator absent a congressional waiver or a change in law enacted by both the Senate and the House,” he said.

“The Senate has repeatedly required adoption of a waiver when an FAA administrator nominee was a retired member of the military,” Cruz continued. “But with Phil Washington’s extreme lack of aviation experience and the scandals surrounding him, I am unsure how Democrats plan to obtain passage of such a waiver.”

Democrats have shown no immediate signs of backing down from the nominee, though.

“I’ve worked with Phil Washington for decades and believe that he is a visionary leader,” Colorado Democratic U.S. Sen. Michael Bennet said in a Monday statement.

“He has served Colorado well, and the Senate should confirm him as soon as possible.”