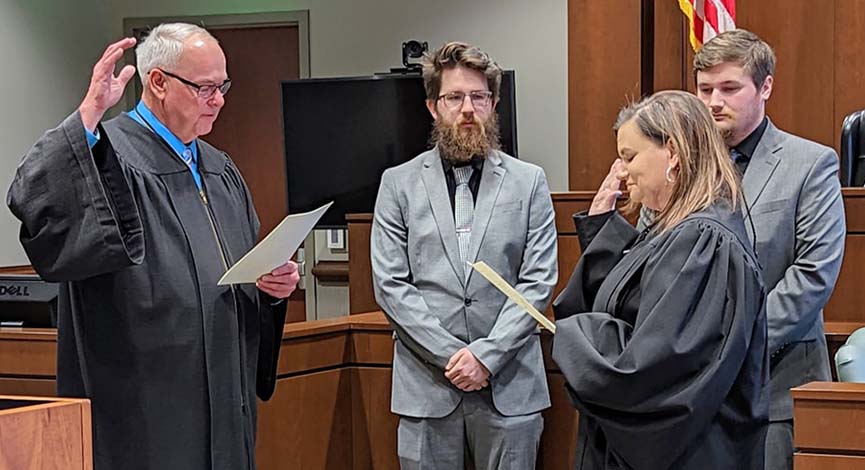 Best was sworn in at the Seneca County Justice Center by Common Pleas Court Judge Michael Kelbley. She will assume the office on Monday, Dec. 5.

Best, of Tiffin, was appointed to the judgeship by Ohio Gov. Mike DeWine in November. The judicial appointment fills the vacancy left by Mark Repp, who was removed from the bench by Tiffin City Council in June. Repp was suspended from the practice of law by the Supreme Court of Ohio for jailing a courtroom spectator who refused to take a drug test.

Best received her law degree from the University of Toledo College of Law. Prior to earning her law degree, she earned her bachelor of arts degree in English writing from Heidelberg University.