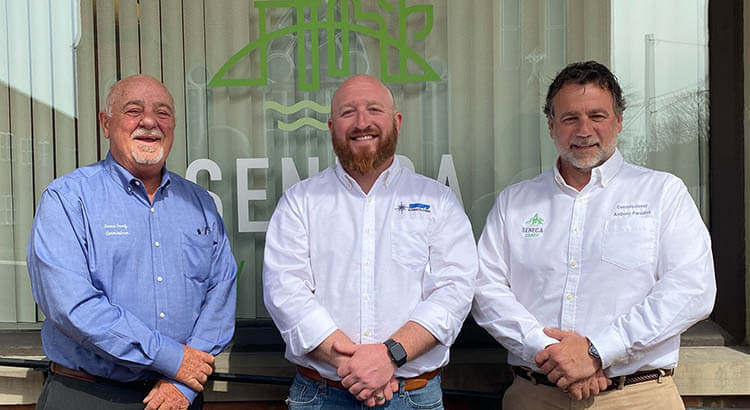 Tiffin, Ohio — The Seneca County Board of Commissioners approved a $20.5 million General Fund budget for 2023 during Thursday morning’s session.

Commissioner Tyler Shuff said given the increase in inflation, it was important to stay competitive with other employers.

“It’s important we retain employees and show them that we care,” he said.

Department heads and elected officials will have discretion over how that money is disbursed among county personnel.

The board also approved a $1,000 premium pay supplement for the approximately 330 General Fund employees. This supplement is to cost the county about $330,000.

Commissioner Mike Kerschner stressed the importance of fiscal responsibility and passing another balanced budget. The Seneca County Budget Commission certified revenue at about $21.15 million, leaving a projected budget surplus of about $600,000 for 2023.

The commissioners also approved the non-General Fund budget of about $40.9 million.

Commissioner Anthony Paradiso said that elected officials are not eligible for the supplement or the increase, as their salaries are set via the Ohio Revised Code.

In other action, the board approved eight project applications through the county’s Facade Enhancement Program.

The projects, with four in the city of Fostoria and four in the rural areas of the county, are to receive a total of $23,855.32 through reimbursement grants. That funding is expected to spark a total investment of about $68,165.12 in Seneca County businesses and commercial buildings.

Shuff said he was happy to see county funds being used to encourage investment in commercial properties all across the county.

“This is a way to give the taxpayers and our local businesses some of their tax money back to reinvest in themselves,” he said. “This program is an appealing incentive for our business owners, and we are excited to see the before/after photos of these properties.”

To learn more, visit this link.

In other business, the commissioners approved about $70,000 for projects at the Seneca County Sheriff’s Office.

The first project is to patch the boilers at the Seneca County Jail. The cost is about $35,000 and will be a temporary fix. To replace the boilers, Building & Grounds Maintenance Supervisor John Logsdon estimates that the cost would be about $200,000.

In the short term, the temporary fix should get the building through the winter and keep temperatures at the legally required level.

The boilers are near the end of their useful life, as they are original to the 1997 building.

The board also agreed to spend about $36,313.55 for a $61,477.85 project to upgrade radio equipment at the sheriff’s office. The radios would change from an analog system to an upgraded digital system, following the cities of Tiffin and Fostoria making a similar move with their safety service departments in recent years.

The sheriff’s office received a grant of about $25,000 to help fund the project.

In other news, Assistant Administrator Kylie Garner said the Seneca County Airport was upgraded to a regional airport by the Federal Aviation Administration. Annual federal funding is to increase from $159,000 to about $292,000 due to the change.

Also during the session, the commissioners agreed to move forward with SAFEbuilt to replace the Richland County Building Department in handling commercial permitting and inspections starting next year. The city of Tiffin and Fostoria both indicated support for making the change.

Over the past couple of years, the commissioners have spoken with several contractors who were growing frustrated with Richland County Building Department due to delays and issues with the permitting process.

As part of the change, the county is to pay a $29,000 one-time software cost and they must provide office space in the county for SAFEbuilt. As permitting fees are collected, SAFEbuilt is to keep 95 percent, while the county will receive 5 percent. Sandusky County recently moved to SAFEbuilt for their permitting and inspections, while Huron County also plans to use SAFEbuilt starting Jan. 1.

The board also heard from Seneca County Health Commissioner Anne Goon concerning a request to modify the health department’s lease cost with the county. No decisions were made on the lease, which expires at the end of the year, but the commissioners are hoping to take action on the request by the end of the year.