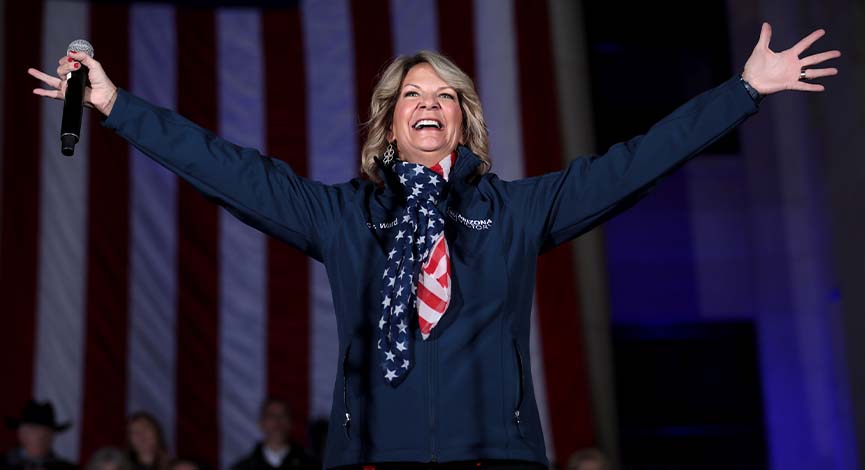 The U.S. Supreme Court sided Monday with the U.S. House committee investigating the Jan. 6, 2021, attack on the Capitol, denying a request from Arizona Republican Chairwoman Kelli Ward and her husband to block the panel from obtaining their cellphone records.

The court’s two-paragraph order ends Kelli and Michael Ward’s federal suit to block the committee from enforcing a subpoena of their phone records. Justices Clarence Thomas and Samuel Alito would have granted the injunction, according to the order.

The Jan. 6 committee sought phone records from the beginning of November 2020 to the end of January 2021, for four numbers associated with the Wards and Michael Ward’s business, Mole Medical Services.

The Wards were among the Arizona Republicans who signed a false document claiming that Donald Trump won the state in 2020 and pledging a slate of fake electors to cast the state’s vote for president. Congress’ certification of state electors on Jan. 6, 2021, was the impetus for the attack by a pro-Trump mob claiming that the election had been stolen.

The Wards were not at the Capitol on Jan. 6, 2021, and said their involvement with the fake electors had no bearing on the attack.

The committee, though, identified the fake elector plot as one piece of a multilayered effort by Trump and his allies to overturn the election, with the violent strike on the Capitol the final step.

Kelli Ward invoked her Fifth Amendment right against self-incrimination when the committee questioned her this year.

Kelli Ward, the Arizona Republican Party, and the Jan. 6 committee all did not respond to emails seeking comment Monday.