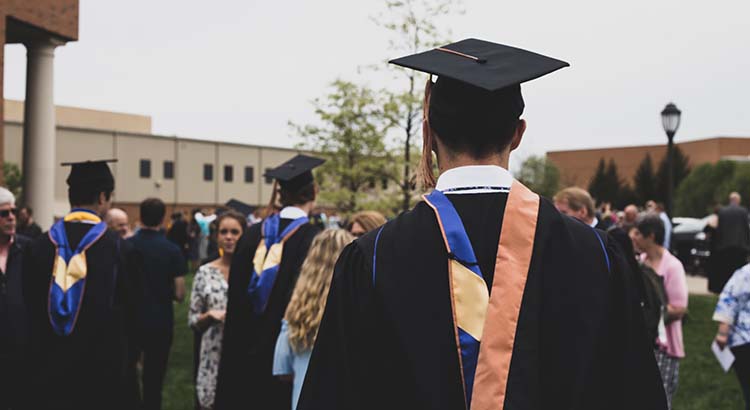 The unanimous ruling by the 8th Circuit Court of Appeals in St. Louis came after the six states — Nebraska, Missouri, Arkansas, Iowa, Kansas and South Carolina — argued that the loan relief program threatens those states’ future tax revenues and that the plan by the Biden administration overrode congressional authority.

“The injunction will remain in effect until further order of this court or the Supreme Court of the United States,” according to the order by a three-judge panel.

The White House in a statement defended the program, which has been the subject of several lawsuits.

“We are confident in our legal authority for the student debt relief program and believe it is necessary to help borrowers most in need as they recover from the pandemic,” said White House press secretary Karine Jean-Pierre. “The Administration will continue to fight these baseless lawsuits by Republican officials and special interests and will never stop fighting to support working and middle class Americans.”

The Biden administration stopped accepting applications for its student debt relief program last week following a decision from a Texas judge on Thursday that struck down the program, calling it “unconstitutional.” The Department of Justice has filed an appeal to that decision. Current applications are being held by the Department of Education.

A federal judge in Missouri originally rejected the six-state lawsuit, ruling that those states lacked legal standing to pursue a case on the grounds that they will be harmed in the future.

However, the appeals court found that in Missouri, that state had shown likely injury, as a major loan servicer — Missouri Higher Education Loan Authority, known as MOHELA — that is based in the state would lose revenue because of the debt relief program.

“Due to MOHELA’s financial obligations to the State treasury, the challenged student loan debt cancellation presents a threatened financial harm to the State of Missouri,” according to the panel. “Missouri, therefore, likely has legal standing to bring its claim. And since at least one party likely has standing, we need not address the standing of the other States.”

The three-judge panel decided against restricting the injunction to those six states because it would “be impractical and would fail to provide complete relief,” and because MOHELA has loans nationwide.

“Given MOHELA’s national role in servicing accounts, we discern no workable path in this emergency posture for narrowing the scope of relief,” according to the order.

The Biden administration’s plan would forgive up to $10,000 in loan forgiveness for eligible student loan borrowers, while the recipients of Pell Grants could apply for up to $20,000 in debt relief. The program is intended to assist borrowers who, in 2021, earned no more than $125,000 per year, and couples who earned up to $250,000 per year.

More than 26 million student loan borrowers applied for the program, and 16 million have been accepted, according to Jean-Pierre.