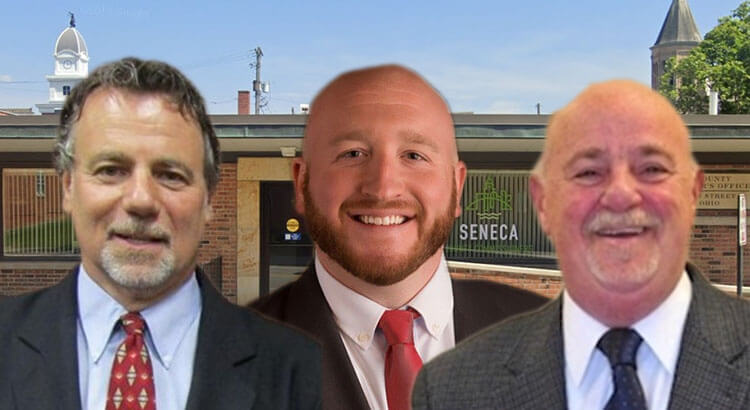 After some cuts to equipment and software lines, and with no wage increases except those required by union contracts, the proposed General Fund budget stands at about $21 million. She said about $1 million more could be shaved off by removing funding from the contingencies line and paying the Foster Care line, which was set at about $450,000, as a supplement this year. That supplement would then not be counted against the 2023 General Fund budget and instead would be paid from carryover funds.

In past years, Foster Care expenses have not been consistent, and the final number is hard to project.

Wolfe said the commissioners should spend time studying the proposed General Fund budget and considering what they want to do with employee wages. She said many departments requested wage increases between 5-10 percent.

If the commissioners approved a five-percent increase to the wage lines of each General Fund department, it would cost about $550,000. Once that additional money is budgeted, department heads and elected officials have discretion over how it is disbursed.

Commissioner Tyler Shuff indicated support for wage increases for employees. “One of our biggest assets is our people,” he said.

Commissioner Mike Kerschner agreed. He said in most years the county has increased this line by about three percent, but he said in order to stay competitive with other employers, it would make sense to do a larger raise this year.

“When you look at (Consumer Price Index), inflation … the reality is, it’s hitting us in the face,” Kerschner said. He said the good news is that there has been enough revenue generated to support these increases.

No final decisions were made Tuesday, and discussions are expected to continue during the Dec. 1 meeting.

In other business, the board tweaked the schedule for the rest of the year and scheduled the board reorganization meeting for 2023.

The commissioners are set to meet at 10 a.m. on Thursday, Dec. 1, followed by 10 a.m. meetings on Dec. 13 and Dec. 27. The board also has a tentative session scheduled for Dec. 29 in case there are any tasks that need to be completed by the end of the year.

The board also agreed to meet at 10 a.m. on Thursday, Jan. 5 for the annual reorganization meeting. At this meeting, committee assignments are set for the year and the commissioners elect a president and a vice chair.

In other action, the commissioners agreed to apply for a state grant to fund a regional mental health facility feasibility study. The application fee is to cost the county $2,000. Seneca County is teaming up with Ottawa and Sandusky Counties on the application, and if the grant is awarded, each of the entities would pay as much as $50,000 for the study. The state would pay the rest of the roughly $500,000 plan.

Seneca County Sheriff Fred Stevens and Executive Director of the Mental Health and Recovery Services Board of Seneca, Ottawa, Sandusky and Wyandot Counties Mircea Handru have indicated support for the study.

The resolution approved Tuesday states that the sheriff recommended exploring the feasibility of constructing a separate facility for seriously mentally ill inmates. The facility could mitigate suicides and assaults at the jail, provide strategic mental health treatment and other services that would assist inmates in transitioning back into the community and could extend the life cycle of the current correctional facilities.