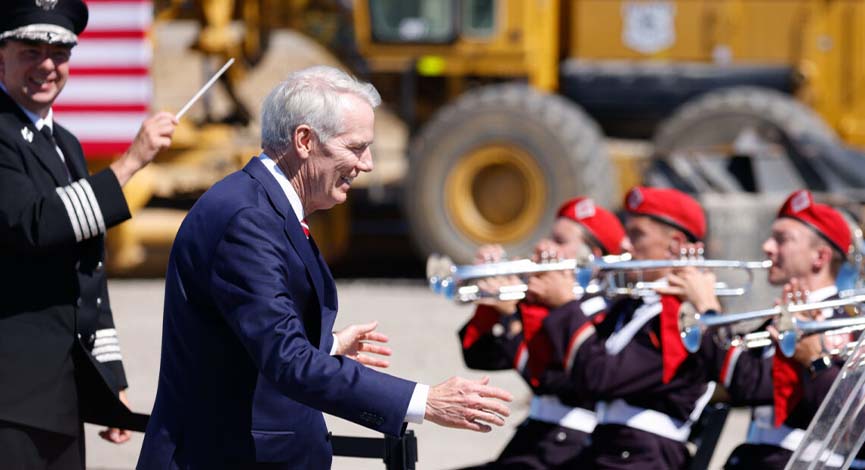 As lawmakers in Columbus prepare for a busy lame duck legislative session, U.S. Senator Rob Portman announced a significant development for same-sex marriage protections. The outgoing Republican senator has struck a deal with a bipartisan group of lawmakers to potentially advance the Respect for Marriage Act.

In addition to Portman, U.S. Sens. Tammy Baldwin, D-WI, Susan Collins, R-ME, Kyrsten Sinema, D-AZ, and Thom Tillis, R-NC have signed on to the changes. The core provisions of the bill – federal recognition of any valid marriage, and “full faith and credit” regardless of sex, race, ethnicity, or national origin – remain intact.

But the amendment provides guarantees that religious institutions will not be required to recognize or perform same-sex marriages. It also ensures that organizations will not risk their tax exempt status if they don’t recognize those couples, and explicitly declines to recognize polygamous marriages. Those assurances were likely necessary to bring more conservative members on board.

“The Respect for Marriage Act is a needed step to provide millions of loving couples in same-sex and interracial marriages the certainty that they will continue to enjoy the freedoms, rights, and responsibilities afforded to all other marriages,” Portman said in a statement.

That certainty only came into question in June when the U.S. Supreme Court overturned Roe v. Wade. In a concurring opinion Justice Clarence Thomas mused about overturning a series of longstanding precedents that protect access to contraceptives, the right to private, consensual sex, and same-sex marriage.

House lawmakers passed the Respect for Marriage Act less than a month later, but the measure got bogged down in the Senate.

Portman went on to express confidence that their changes had “helped earn the broad, bipartisan support needed,” to pass the legislation. Ahead of the election, Senate Majority Leader Chuck Schumer guaranteed a vote on the measure, and it is among Democrats’ priorities for the lame duck session. Semafor news reported senators plan to vote on the bill this week.

If they have the votes needed to avoid a filibuster, it would wind up being one of Portman’s final legislative acts, and an interesting punctuation on his career in Congress. In 2013, two years before the Supreme Court guaranteed the right to same-sex marriage in Obergefell, Portman changed his position and expressed support for marriage equality. At the time, he attributed the change of heart to his son coming out of the closet.

They’ll need to get moving, though, if they want to ensure passage. Earlier this summer, Portman’s successor Republican J.D. Vance expressed opposition to the Respect for Marriage Act. He argued the law didn’t strike a good balance.

“You want to ensure, of course, that people have respect in their situations,” Vance said at the time. “You also want to make sure that if you’re a church or a nonprofit, you can actually run your church or nonprofit according to your own values.”

The amendment introduced Monday attempts to address those kinds of concerns. Vance’s team did not respond to a request for comment.