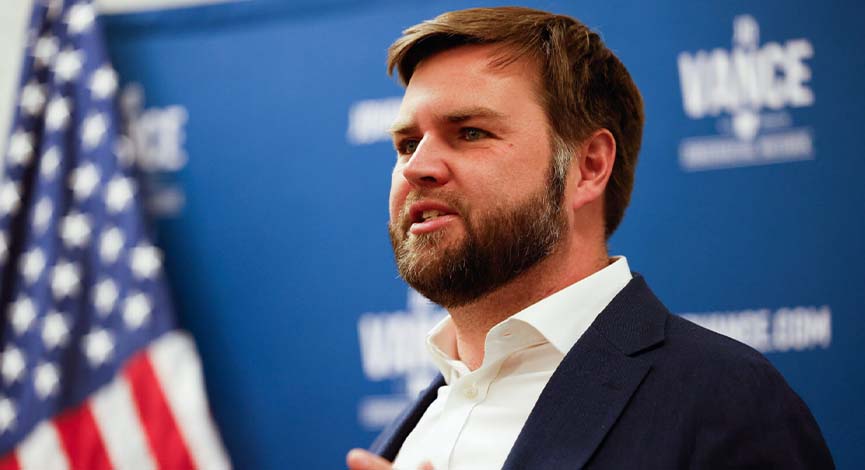 Republican J.D. Vance has won the race to succeed Republican Rob Portman representing Ohio in the U.S. Senate. The open seat and the stakes of Senate control fueled a race that gained national attention. 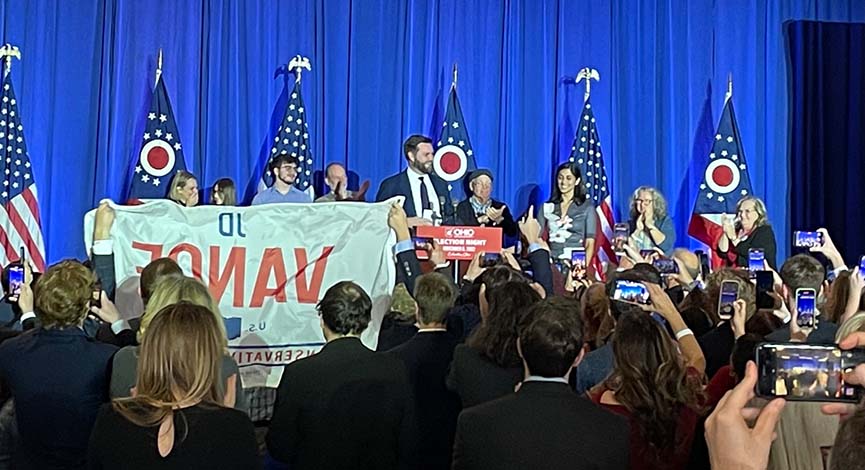 Early in the evening in Columbus, Portman took the stage to pump up the crowd about the U.S. Senate race.

“There’s not a projection yet,” he said, “But I’ve just gotta tell you, as a United States Senator, who cares a lot about who has the majority, I believe Ohio is gonna lead us to the Senate Majority.”

Keeping Portman’s seat in the Republican column was widely seen as a kind of prerequisite for that pursuit.

The networks began calling the race for Vance a little before 11:00 p.m. Tuesday night. Democrat Tim Ryan called the Vance team shortly afterward to concede the race. From the stage in Columbus, Vance struck an optimistic and graceful tone.

“We’ve been given an opportunity to do something and that’s to govern,” he said, “And to govern to make the lives of the people of Ohio better, that’s exactly what I aim to do, and because of you I get a chance to do it.”

Tim Ryan: “I have the privilege to concede this race to JD Vance, bc the way this country operates is that when you lose an election you concede. You respect the will of the people. We can’t have a system where if you win it’s a legitimate election & if you lose someone stole it” pic.twitter.com/7BTPJAsVu0

In his concession speech, Ryan made an argument against election denialism.

“I have the privilege to concede this race to J.D. Vance, because the way this country operates is that when you lose an election you concede,” Ryan said. “You respect the will of the people. We can’t have a system where if you win it’s a legitimate election and if you lose someone stole it.”

Tale of the tape: Vance

Vance emerged from a crowded, brutal primary thanks in large part to the endorsement of former President Donald Trump. He didn’t forget that in the general election. Vance hewed close to “America First” rhetoric emphasizing the border, crime, and energy.

But Trump was noticeably absent as Vance spoke on election night. And instead of aggressive rhetoric, he reached across the aisle.

“Whether you voted for me or not, the thing that I promise to do is go to the United States Senate and fight every single day for the people of Ohio,” Vance said.

Vance had to fend off doubts about his bid though. After the primary, he stepped back — likely attempting to avoid unforced errors. But local GOP leaders expressed frustration that he wasn’t doing more to energize their electorate. His less than stellar fundraising didn’t inspire confidence. In August, Cuyahoga County GOP committee member Ralph King warned, “He’s not going to ‘Fox News’ voters to the polls for him.”

In the final few weeks of the race, surrogates from within the state and without campaigned all over Ohio with Vance. On election night, Vance took time out to thank the party and Gov. DeWine’s campaign for helping push him over the finish line. 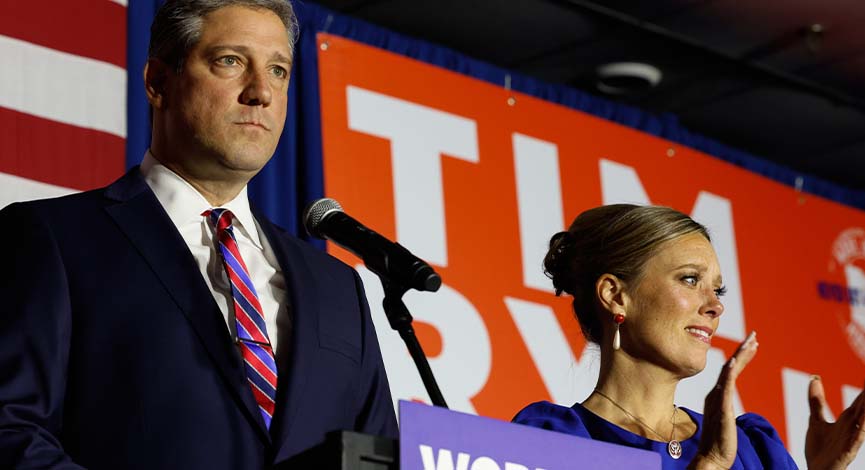 Tale of the tape: Ryan

Ryan meanwhile cruised through the primary and ran a distinctly centrist campaign. His emphasis on reshoring manufacturing jobs and confronting China could’ve just as easily been part of a Vance stump speech. In ads Ryan bragged about agreeing with Trump on issues like trade.

Ryan described it as appealing to an exhausted majority. In effect, it was a bet on his ability to build a coalition based on his own unique brand of politics.

The approach was quick to spark pushback among some Democrats though. Asian Americans criticized him for an ad in which he shouted China repeatedly. African Americans worried that focus on white working class voters might fail to motivate core, minority constituencies.

“Traditionally a lot of folks from minority communities have been left out in the cold in that way and I mean, that’s the fear, right?” Dayton councilmember Chris Shaw warned at one campaign stop.