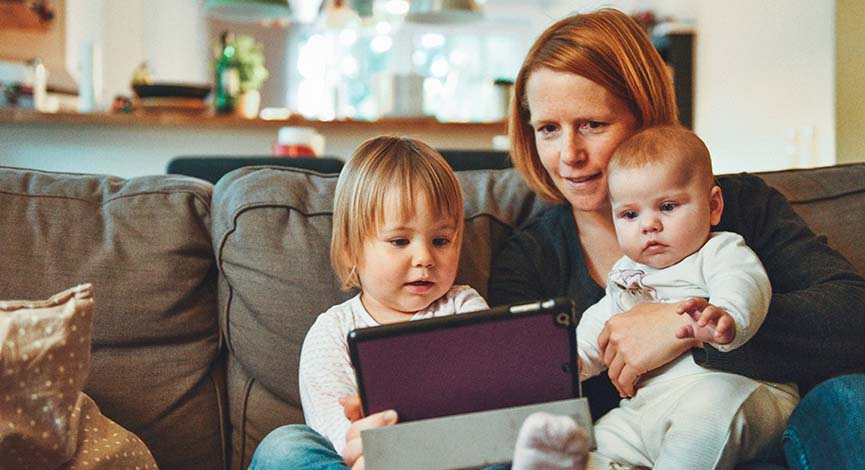 In a new analysis, an Ohio think tank urges more investment in child tax credits, and sees at least two ways to do so and increase economic security for thousands of families across the state.

Advocates have consistently pushed to return to the pandemic-era federal child tax credit, and in a new report, Policy Matters Ohio’s Will Petrik laid out two different options that could be used for an expanded child tax credit in Ohio specifically.

“Rising costs, largely unmatched by rising wages, also make it harder for families to get by,” Petrik wrote.

Petrik proposed two refundable state tax credits to benefit children in families with income below $85,000, the top of the $65,000 to $85,000 range at which the child tax credits phase out.

The two options mentioned by Petrik were an age-differentiated tax refund that would allow a larger credit for children 0 to age 5 at a maximum of $1,000 for each child, and another “flat tax refund” that would provide a maximum credit of $700 per child younger than 18, along with an average annual tax refund of $1,063 per family.

“While neither of these options would totally eliminate economic insecurity and childhood poverty in Ohio or cover the full cost to raise a child, both options would put more money back in the pockets of families and increase the economic security of thousands of families across the state,” Petrik wrote.

Policy Matters said they are calling on the governor and the General Assembly to “take action and pass a thriving families tax credit.”

It’s not clear that will happen, especially with the end of the year taken up by a lame-duck session that will include attempts to finalize already-introduced legislation.

According to the Bureau of Labor Statistics, consumer prices were up more than 9% from June 2021 to the same time this year, representing the largest increase since the Reagan administration.

The biggest percent increase was in the energy sector, up 41.6%, while food prices went up 10.4%. 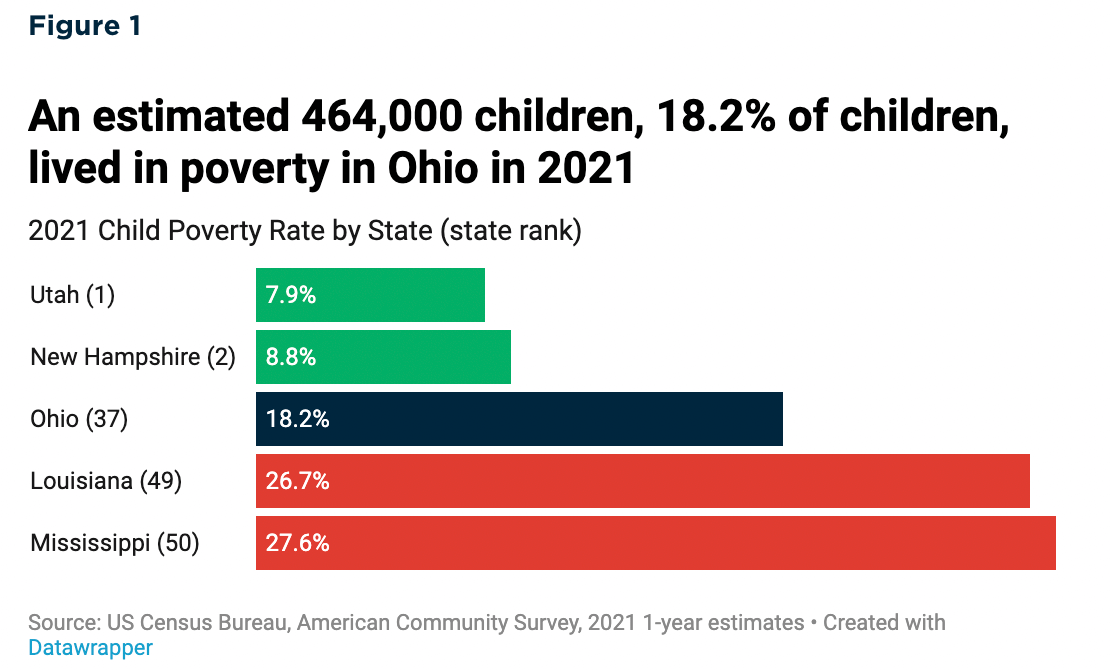 Under the federal expanded child tax credit that expired in January, households who made $150,000 or less received $3,600 in per-child tax credits for children under 6, and $3,000 per child for those between ages 6 and 17.

“The policy change had an immediate impact on children and families across the nation,” Petrik wrote in his analysis. “In Ohio, more families could pay for groceries, rent, gas, child care and other necessities.”

The tax credit caused child poverty to drop nationally to a record low of 5.2%, according to the Center on Budget and Policy Priorities.

Making the credit available once again “would substantially lower poverty, reducing the number of children living in a family with income below the poverty line by roughly 16%,” the center stated in a recent report.

“Living in a family with income below the poverty line as a child is associated with lower levels of educational attainment, poorer health in adulthood, and lower earnings,” the center said in their research.