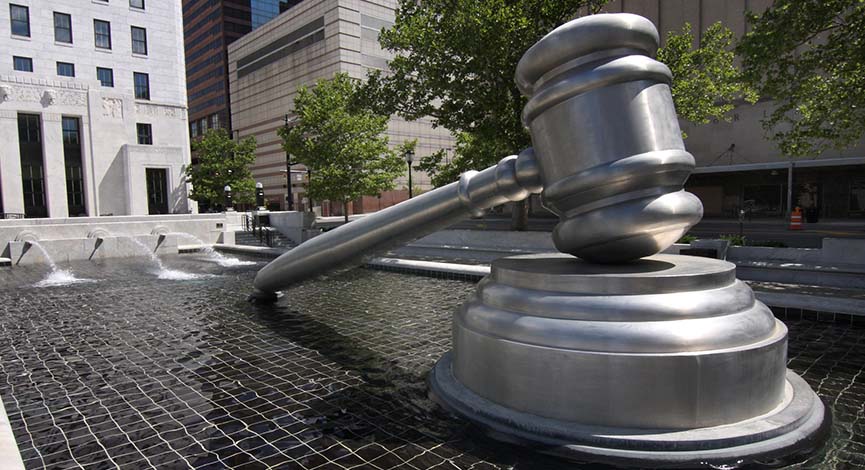 What could be more bitterly ironic than Republican Ohio Supreme Court justices being elected in 2022 in reflection of the 54-46 differential of average Ohio voter patterns, and then that new partisan Republican court rubber-stamping gerrymandered Statehouse and Congressional districts that give the GOP undue supermajority advantages that far out-kick the same differential?

That might be where we are headed as all three Republican candidates for the Ohio Supreme Court enjoy seven- to eight-point leads in the latest polling in the races. That polling could be wrong, as separate polls in mid-September and mid-October showed tight contests coming Nov. 8

For the first time competing under partisan labels, Republican Justice Sharon Kennedy and Democratic Justice Jennifer Brunner will face-off to replace Republican swing-vote Chief Justice Maureen O’Connor, who is being forced by Ohio law to retire from her position due to age.

The winner will assume the Chief Justice spot and have her Justice seat filled by the governor.

The loser of the chief justice race will simply resume her current Justice position on the bench.

A mid-September USA TODAY Network Ohio/Suffolk University poll, with a +/- 4.4 point margin of error, showed Kennedy at 42.2% and Brunner at 41.8% in the race for chief justice.

The race for Chief Justice is important for many reasons, as the head elected officer of the high court performs a critical function in administration.

But considering the role of the governor in appointing vacancies, and O’Connor’s role as a bipartisan swing vote striking down Republican gerrymandering as unconstitutional, this race is likely destined to be a wash on the issue of redistricting.

With Brunner or Kennedy remaining on the court either way the race goes, any vacancy is all but assured to be filled by an appointed Republican who will go along with GOP gerrymandering.

The only way for Democrats to obtain a 4-3 majority to prevent continued Republican gerrymandering looks to be for either Zayas or Jamison to win over incumbents Pat DeWine or Pat Fischer.

This means that no matter who wins the elections, the days of reading headlines about bipartisan Ohio Supreme Court decisions on the issue of gerrymandering are probably behind us.

With unconstitutional partisan gerrymandering protecting Republican supermajorities in the Ohio House and Senate this year, and the three statewide officeholders on the Ohio Redistricting Commission — governor, auditor, and secretary of state — looking very likely to win reelection as well, control over Ohio’s redistricting process itself looks very likely to remain in Republican hands 5-2.

Moreover, I expect that having just won reelection despite the chaos, dysfunction, and illegality of Ohio’s 14-month redistricting saga, Republican officeholders will declare vindication by voters on their unconstitutional gerrymandering and claim a mandate from same to continue to rig districts to Republican advantage.

If the GOP maintains control of the Ohio Supreme Court, and sheds any swing vote, the writing on the wall seems clear that Ohio Republicans will simply put forth again the same unconstitutionally gerrymandered district maps Ohio voters are being forced to use in 2022.

Meanwhile, Ohio Republicans are appealing their unconstitutional congressional map to the friendly 6-3 U.S. Supreme Court as a backstop.

If this disgusting redistricting charade has taught Ohio anything, I think it’s that politicians need to be booted out of the redistricting process altogether.

Independent commissions have had a mixed-record on competitiveness in the latest cycle of redistricting, but the record is clear that they perform far better than politicians when it comes to fairness.

As I’ve said all along, to the extent that safe districts must be drawn, their numbers should reflect the 54-46 distribution of voters’ party preferences; that’s fairness. And then the number of competitive districts for both sides should be evenly maximized.

Ohio’s new process may have worked, had our elected public servants cared more about the rule of law than unconstitutional, political power gamesmanship.

I don’t know what’s going to happen on Nov. 8, but Ohioans might do well to pay attention to the words of the outgoing bipartisan swing voter O’Connor, who advised in one ruling:

“Having witnessed the ways in which constitutional reforms may be frustrated by hyper-partisanship and the power of inertia, Ohioans have the power to change those dynamics. That opportunity must not be squandered.”

In her September State of the Judiciary speech, O’Connor said a new amendment must create a commission that restricts partisan politics by prohibiting elected officials from serving.

Commission members must consist of “sensible people who are not driven by politics but rather by what’s fair,” O’Connor said. “Fair representation and justice.”

She has promised to work on the issue following her retirement. I’ll look forward to that.