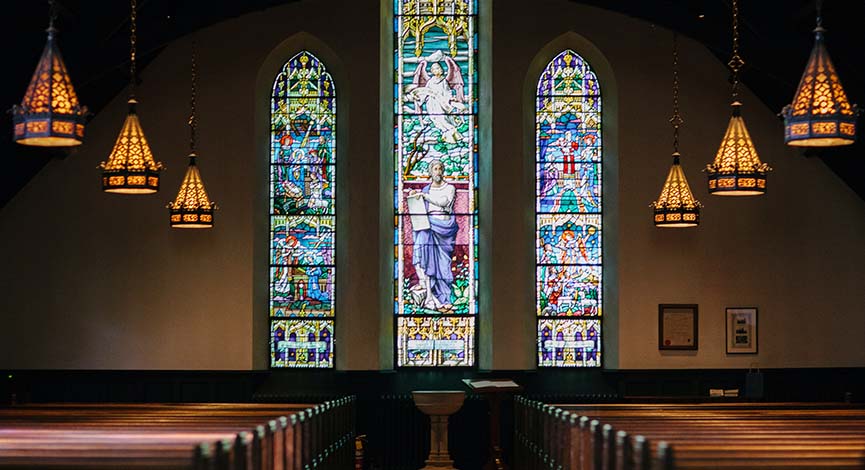 State lawmakers are proposing stiffer penalties in cases where a person interrupts a religious service. The measure passed the Ohio House in April and it’s working its way through the Senate now.

In a Judiciary committee hearing last week, Michael Rodgers from the Attorney General’s office laid out the idea behind the “Sacred Spaces Act.” Existing law, he explained, “already states the disruption of a lawful meeting is punishable as a misdemeanor of the fourth degree.”

“House Bill 504 builds upon this existing section of Ohio law and adds an enhancement if the meeting that is disrupted is an assemblage of people met for religious worship,” he explained.

Under the bill disrupting a religious gathering would become a first-degree misdemeanor. The heightened penalties would apply within a house of worship or elsewhere on its property, as well as in a virtual gathering held over a platform like Zoom.

Why lawmakers are acting

Rodgers and other proponents raised examples of Jewish services interrupted with antisemitic harassment.

“I have a disturbing number of colleagues who have seen their flocks engaged in worship be disrupted, harassed and intimidated,” Rabbi Aryeh Ballaban from the Jewish Federation of Cincinnati explained.

“It is simply unacceptable,” he went on, “that there are Jewish communities where things like funeral services, shared digitally with those who mourn at a distance, are sometimes interrupted with things like Nazi symbolism, pornography and racial slurs.”

But backers’ other primary example — and the seeming motivator for the measure’s introduction — doesn’t exactly fit the same mold.

Although the Respect Life Mass occurs in a cathedral, and the priest offers the eucharist, the mass — held annually on the anniversary of the Roe v. Wade decision — has an explicitly political dimension. However distasteful the protest may have been, the demonstrators were responding to the church’s longstanding political activity — not its parishioners’ race or ethnicity.

During last week’s hearing Sen. Niraj Antani, R-Miamisburg, seemed at least somewhat skeptical of the proposal. He pressed Rodgers on whether there are any other precedents where “religious speech” receives heightened protection. After getting a dissatisfying answer, Antani pressed on. “That may have been an answer to some question,” he insisted, “(but) it was not an answer to my question.” Rodgers acknowledged he couldn’t think of any other such precedents on the spot.

Nevertheless, the measure appears to be on firm footing. It passed the Ohio House 95-1, and 68 representatives have signed on as co-sponsors. It has also yet to pick up an opponent in committee.