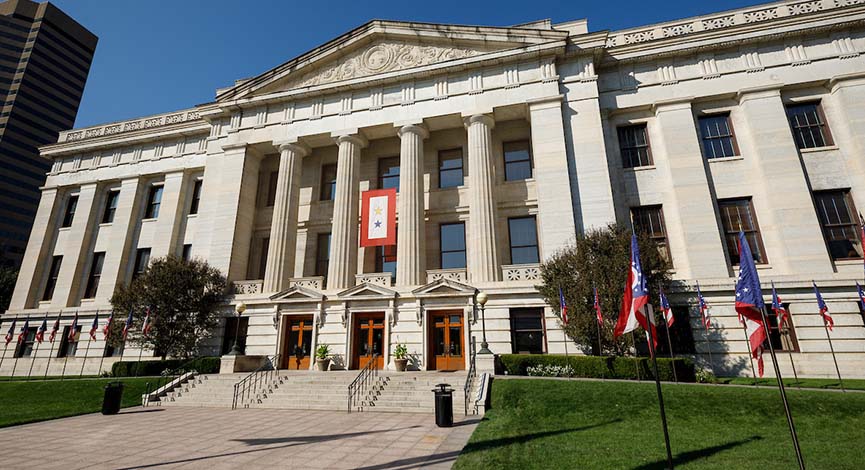 A group of 14 Ohio House Republicans are putting forward a bill to create a states rights “Tenth Amendment Center” within the office of the state attorney general.

The Tenth Amendment of the U.S. Constitution states, “The powers not delegated to the United States by the Constitution, nor prohibited by it to the States, are reserved to the States respectively, or to the people.”

The bill would require the Attorney General’s Office to have “at least one attorney dedicated to the center whose primary job responsibility is to monitor federal executive orders and regulations for possible overreach.”

Attorney General Dave Yost has led or joined Ohio into multiple lawsuits against the Biden Administration, including on tax cut prohibitions in the American Rescue Plan, anti-discrimination protections in Title IX policies, COVID-19 vaccine mandates, and the administration’s reversal of a Trump-era ban on abortion referrals, among others.

The bill is sponsored by Ohio state Reps. Jeff LaRe, R-Violet Twp., and Adam Bird, R-New Richmond. One of the co-sponsors is state Rep. Derek Merrin, R-Monclova Twp, the Ohio House Speaker-elect for the upcoming General Assembly that begins in January.

The Tenth Amendment has been interpreted differently by U.S. Supreme Courts through American history, having been added last to the Bill of Rights in compromise with states rights advocates known as anti-federalists such as Patrick Henry, who voted against the U.S. Constitution in the end anyway.

In 1819, fourth Chief Justice John Marshall asserted in McCulloch v. Maryland that the federal government was not limited expressly to the powers delegated to it in the Constitution, as the word “expressly” was omitted from the Tenth Amendment by the framers likely due to the “embarrassments” it caused in the Articles of Confederation, he said.

However, after the death of Marshall in 1835, until the 1930s, Supreme Courts generally used the Tenth Amendment to limit the federal government’s power, especially when it came to taxation and commerce.

From the 1930s until the 1980s, Supreme Courts tended to take a broader view of the Constitution’s Commerce Clause and did not view the Tenth Amendment as a constraint on the federal government to assert appropriate authority, such as in the 1941 United States v. Darby decision, which found uniform national labor standards constitutional under the Fair Labor Standards Act.

Since the mid-1980s, Supreme Courts have often once again used the Tenth Amendment to limit federal government power, such as the 1997 Printz v. United States ruling that Congress violated the Tenth Amendment by requiring state and local officials to require background checks on people buying guns.