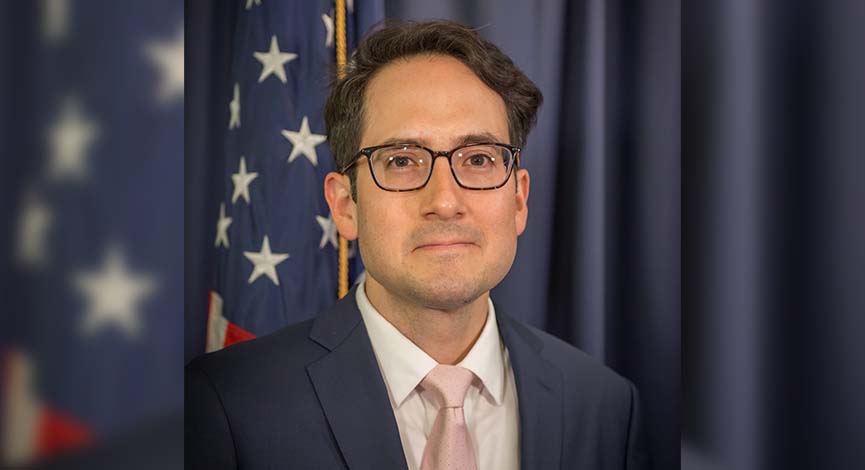 For Alvaro Bedoya, federal antitrust enforcement has strayed from its roots. Over the past several decades, a wave of corporate mergers has led to increasingly dominant players not just in individual industries, but across entire sectors.

While that might have in some cases made things more convenient for middle and upper-class consumers, it’s also left legions of working class Americans in rural communities and inner cities behind, Bedoya, the newest member of the Federal Trade Commission, said in an interview late last month.

From groceries to prescriptions to paychecks, the modern American business landscape makes it increasingly difficult for poorer Americans to get what they need to survive, Bedoya said. The consequences have taken the form of food and pharmacy “deserts” and in a paucity of jobs that pay a living wage.

“I want to focus on the folks at the bottom of the ladder and are trying to move up and not fall off,” he said.

A Peruvian immigrant who grew up in the small town of Vestal, N.Y., Bedoya, 40, was nominated to the commission by President Joe Biden last year. His concern for the less-advantaged has its antecedents.

“As an undergraduate, Bedoya performed outreach for the Migrant Farmworker Justice Project and wrote his senior thesis on the exploitation of foreign sheepherders in the American wool industry,” a 2007 article in the Harvard Gazette said of some of his work during his attendance there. “Upon graduation, he worked as a research consultant for the United Nations International Labour Organization, co-authoring three studies that exposed the widespread existence of forced labor in Peru, Bolivia, and Paraguay.”

A graduate of Yale Law School, Bedoya was nominated to be one of five FTC members in September 2021. The Senate Commerce Committee twice deadlocked on his nomination, forcing a discharge by the full Senate and delaying his confirmation until May.

Bedoya used those eight months to study the origins of the agency he was about to join and how its founding principles apply to U.S. businesses in the 21st century. What he found wasn’t reassuring.

For example, he read that in 1890, as Congress debated the Sherman Antitrust Act, the main concern was that a cartel of meatpackers was cheating cattlemen. His own subsequent research has shown that in some regions today, cattle producers have just one meatpacker to choose from.

That, of course, is no choice at all.

“I think it’s time to re-evaluate and make sure we’re true to the original purpose of these laws,” Bedoya said. “If you read the congressional record from 1914 (the year the FTC was created) and 1936, what you see is Congress keenly concerned with working-class people and small business with a particular focus on ag and rural small business.”

In a September speech, Bedoya took issue with the idea that the true goal of antitrust law is “efficiency.”

That’s a notion that gained currency in the 1960s and 1970s. It set on its head the earlier principle that fair market access leads to robust competition and the best outcomes for consumers. Instead, argued the so-called “Chicago School,” a more laissez faire approach would create the best outcomes for consumers by letting business just do what it does — pursue profits.

“And as long as there was some competition, consumers will enjoy the benefits of both efficient markets and competition,” was the way  Jay L. Levine and Carrie Yamamoto described the approach in the June 2021 edition of the Antitrust Law Source.

Such thinking led the Reagan administration in 1982 to raise the bar in merger-enforcement guidelines, Lina M. Kahn, now chair of the FTC, wrote in a Yale Law Review Article in 2017. Where mergers previously could be blocked “to preserve and promote market structures conducive to competition,” they now could only be blocked if regulators could show that they created the “ability of one or more firms profitably to maintain prices above competitive levels,” Khan wrote.

All that economic theory can seem esoteric. But to Bedoya, the real-world results of the Chicago School’s ideas don’t fit with the intent of the people who wrote the laws in the first place.

“Read why Congress passed these laws and you cannot read those debates and not understand that antitrust was intended to ensure fairness for small business and rural America,” he said. “Now is a critical time to remember that and make sure we’re being true to the original purpose of those laws.”

And instead of dwelling exclusively in lofty precincts of theory — as jurist Robert Bork did in his Chicago School treatise, “The Antitrust Paradox” — Bedoya has been making field trips to see how antitrust regulation is or is not working for working people.

He’s planning a trip in December to South Dakota to visit with the proprietor of a small grocery chain with 21 locations in and around Indian reservations.

“In the communities where he has grocery stores this is the one place you can get fresh milk, fresh produce, things like that,” Bedoya said. “What (the owner) talks about is that even when he works through a wholesaler who bundles his orders with dozens, if not hundreds, of other independent grocers such that they can match the orders of the big box stores, they don’t get the same price. They often don’t get access to the same products.”

And some of the products that sometimes aren’t available aren’t luxuries. They’re essential.

“What happened in the pandemic was that they often just wouldn’t get the product period,” Bedoya said. “They didn’t get the baby formula they needed. They didn’t get the pedialyte they needed. If you have toddlers at home, that’s an emergency. By the way, this is before the shutdown of the plant in Sturgis (Michigan). Before Sturgis shut down, people in Pine Ridge (Reservation) didn’t have access to baby formula the way folks with access to big box stores had.”

In visits with his wife’s family in South Louisiana, Bedoya has seen the important role of another small-town mainstay: the independent pharmacy.

“These pharmacies play a very particular role,” he said. “It isn’t just where you pick up your medicine, it’s where you get health care because there isn’t a doctor’s office nearby. There often isn’t a hospital nearby where you can go ask questions about your treatment.”

Over the past few decades, huge health care companies have arisen that control prescription transactions, own giant health insurers and operate pharmacies of their own.

In Ohio, several such closures have been documented in recent years, leaving residents in those communities with lengthy drives over winding roads to get medical advice and their medicine — assuming they have transportation and are healthy enough to drive.

A big player in the closures is said to be CVS Health.

The fourth-largest corporation in the United States, it owns the largest pharmacy benefit manager. That company, CVS Caremark, decides which drugs are covered by the insurers it works for and it makes those decisions as it negotiates huge, often secret discounts from the companies that make them. 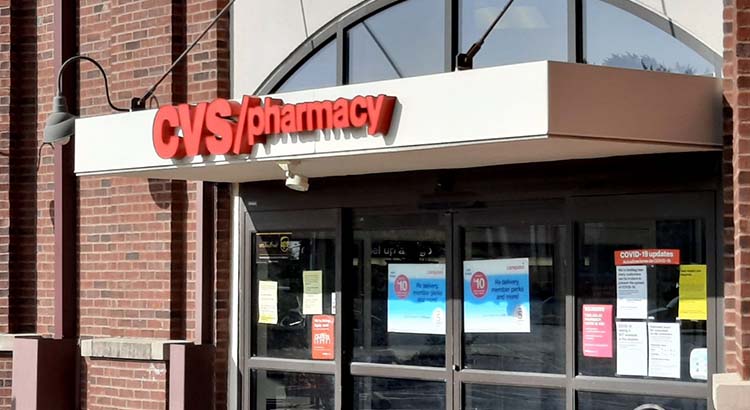 CVS insists that it doesn’t have a conflict because it maintains firewalls between its business units. But in at least some instances, those firewalls might not have been very high.

Leaked documents obtained in 2019 by The Columbus Dispatch showed that in 2017, CVS reimbursed some of its big-box competitors in Ohio at far lower rates than it did its own stores. In addition, Ohio community pharmacists accused CVS of slashing reimbursements in 2016 and 2017, and then sending them letters offering to buy them out.

The three big PBMs — CVS, OptumRx and Express Scripts — control a combined 70% of that marketplace and their parent companies each own a top-ten insurer — Aetna, UnitedHealth and Cigna, respectively. That means that in one way or another, they represent tens of millions of Americans, or “covered lives” in insurance parlance.

Pharmacies and drugmakers have said that since those corporations control access to such huge chunks of patients, they have little choice to do business with them on whatever terms they demand.

Research has indicated that the practices of the health care giants are a big driver of the increasing cost of prescription drugs. And that’s especially so for those at the bottom end of the economic spectrum who often have to pay a bigger chunk of rising list prices. Bedoya said that group hasn’t gotten the attention they should in the drug-pricing debate.

“Things are very different for working class people in this pharma supply chain,” he said. “For people like me, high drug prices may or may not be an issue. I’ve got insurance. Maybe I’ll see a slice of (the price) as a copay. But if I’m uninsured or underinsured, it could be the ruin of me and my family. And it could mean I die because I can’t afford this medicine. And that’s exactly what’s happened to too many people in this country.”

The commissioner said that he can’t discuss specific companies, but he did bring up a practice in which all three big PBMs engage.

He described a West Virginia family that went to the pharmacy to get their child’s cancer medicine. The medicine was behind the counter, but they couldn’t get it because their PBM wouldn’t cover it.

That’s because the three big PBMs own mail-order “specialty pharmacies” and they often require cancer patients to get those expensive drugs from them.

The PBMs say the practice keeps costs down, but critics say they’re simply keeping those profits for themselves. And many oncologists have said the practice can disrupt and delay lifesaving treatment and harm patients.

For Bedoya, such “patient steering” is a sign of a potentially unhealthy marketplace. If the same corporation owns the PBM — or middleman — an insurer and a pharmacy, the potential for conflicted interests seems large.

“It’s one thing to have a middleman that’s independent,” he said. “It’s one thing to have an insurer that doesn’t have a pharmacy. Then everyone has an interest in cutting the best deal for whoever their clients are. But when you have an insurer and a PBM that have an interest in making sure that the family sitting in the pharmacy uses a different pharmacy, that is when you have to ask yourself whether vertical integration is helping the public.”

He added, “One thing I’m trying to understand is how we got here.”

Now the entire Federal Trade Commission is trying to understand. The panel in June voted 5-0 to launch a deep “6(b) Study” into PBM industry practices.

“Although many people have never heard of pharmacy benefit managers, these powerful middlemen have enormous influence over the U.S. prescription drug system,” FTC Chair Khan said at the time. “This study will shine a light on these companies’ practices and their impact on pharmacies, payers, doctors, and patients.”

Bedoya said it’s too early to say when the study will be complete or to say what, if any, enforcement action the FTC will take as a consequence.

But he said that during the seven years he’s on the commission, he plans to keep investigating such things.

“Anything that threatens the health care of working class people and rural America and urban America is right at the top of my list,” Bedoya said. “It could be a hospital merger. It could be a practice in the pharma supply chain. But anything that is disproportionately hurting the uninsured and underinsured and urban and rural America, that is at the top of my list for both health care and groceries, for food supply chains.”