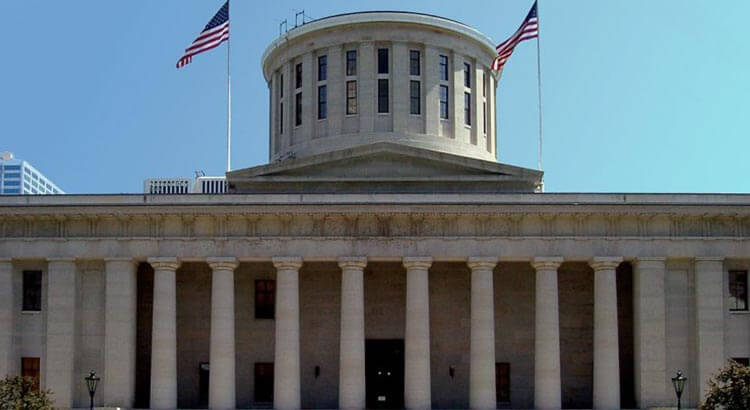 A photo of the Ohio Statehouse from Wikimedia Commons.
ShareTweet

An Ohio House committee has given the go-ahead to a measure decriminalizing the possession of fentanyl testing strips. Current law classifies test strips as drug paraphernalia.

The bill’s sponsor, state Rep. Kristin Boggs, D-Columbus, described the change as “one more avenue” to avoid overdose when she introduced the bill in May. Many people would test their drugs, she argued, if given the chance. And knowing what they’re taking could avert unintentional overdoses.

“Ohio State recently had a great loss when two university students who had finished with their finals, were about to go into graduation weekend, ended up overdosing what we believe was on fentanyl from Adderall that they had purchased on the streets,” Boggs described at the time.

In June, the coroner’s report confirmed the two women died of a fentanyl overdose.

Ohio has one of the highest overdose death rates in the nation. According to CDC data, 5,204 people died of overdose in 2020, putting Ohio’s death rate per 100,000 at the fourth highest in the U.S. Initial reports from state health officials suggest 2021 could be even worse.

One significant problem, Boggs and other advocates contend, is uncertainty about the content of illicit drugs.

“It takes a very small amount to cause a lethal overdose,” she said. “Even more concerning is the fact that fentanyl is often being mixed into other drugs without the user’s knowledge.”

That’s where testing strips come in.

“By increasing access to harm reduction tools such as fentanyl test strips, we are acknowledging that drug use is a part of our society, and we are working to decrease its negative consequences using evidence-based strategies,” she explained.

Schmuhl described this harm reduction approach as “meeting people where they are — not where we want them to be.” Other harm reduction strategies include making the overdose treatment naloxone readily available, or needle exchange programs. Ohio has made strides in both of those examples. But there are still those who criticize the harm reduction playbook as too permissive.

“Harm reduction does not enable drug use, and it does not increase drug use,” Schmuhl added, seeming to preempt those concerns. “Harm reduction keeps people alive, and provides critical access to the health care system for a patient population that often does not seek care due to fear and stigma.”

The measure passed committee without opposition, and House leaders have it teed up to appear before the whole chamber Wednesday. Speaking after the committee, Chair Jeff LaRe, R-Violet Township, sounded optimistic.

“Things can get a little nutty,” he warned about the lame duck session, “but I’m hopeful. I think it’s a good bill — definitely support it.”