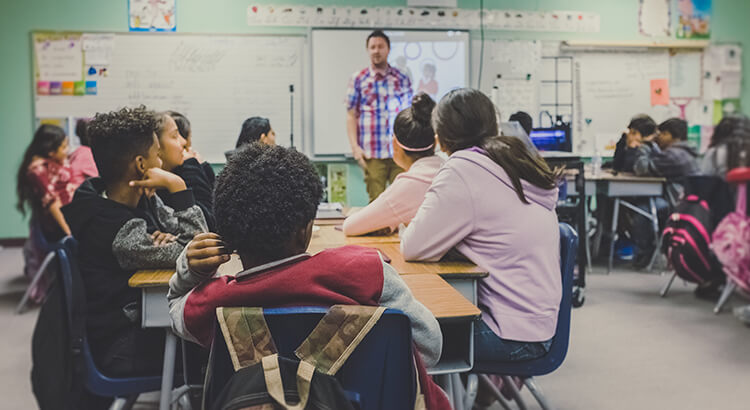 A board member of the State Teachers Retirement System of Ohio recently made a short-lived attempt to claw back $10 million in bonuses awarded in August to the system’s highly paid staff. He said he’s going to keep up the fight for reform.

Steven Foreman, one of 11 members of the Retirement Board, made a motion Nov. 17 to claw back the bonuses after the system’s investment losses for the preceding fiscal year turned out to be 71% greater than predicted. It was a $5.3 billion loss to a system with about $90 billion under management.

“I highly question if any of the $10 million in bonuses would have been paid had the board waited for the valuations to be reported,” Foreman wrote in a letter to board Chair Carol Correthers. “The staff took money and portrayed it as justified.

“If any part of this is appropriate, then the system is broken and/or rigged to benefit the staff at the expense of the membership,” Foreman added. “In lieu of an attempt to justify this, what actually needs discussed is that historically, boards failed to hold staff accountable. They enabled a system where the staff feel justified in taking $10 million from teachers. I call for an end to this now because the longer it continues, the longer our members are excessively burdened.”

The retirement system has been under scrutiny from the Ohio Retired Teachers Association for some time.

Part of that is due to the fact that the pension fund stopped paying cost-of-living increases in 2017 — although this year it is paying them a 3% increase. It’s also due to longer service requirements before teachers are eligible for full retirement.

A spokesman for the system has said that the lack of increases is due to a greater number of retirees drawing from the system relative to the number paying in, and to rules passed by the legislature in 2012 to improve the system’s solvency.

But there are other things that make teachers and retirees leery. One is the high salaries paid to STRS staff.

Apparently all of the staffers made more than the average Ohio teacher does.

At least 200 of the retirement system’s nearly 500 employees on the state treasurer’s Ohio Checkbook database made more than $100,000 in 2021. Meanwhile, the average public teacher salary in 2022 is $67,000 a year, according to the state Department of Education.

The teachers group has also been critical of the system’s performance.

In maintaining such a large, well-paid staff, the STRS board is effectively betting that they can do better than Wall Street powerhouses that manage index funds — broad mixes of stocks and bonds which typically have low management expenses and are designed to mimic the growth of the market as a whole.

The STRS staff directly manages investments, including in “alternative investments” that aren’t stocks or bonds that are traded — and valued — publicly.

Over the past decade, STRS has earned 14.8% return on its investments in stocks and bonds, while the system’s alternative investments have provided 11.84% once fees are subtracted, a spokesman said in July.

“Our numbers aren’t very good,” Foreman, the board member who moved to claw back the staff bonuses, said in an interview Monday. “The bottom line is, they aren’t good and maybe it’s time to look at that.”

What moved him to seek to take back the bonuses was that the board in August approved the $10 million package as the staff estimated the fund would lose $3.1 billion for the fiscal year.

Some losses are to be expected amid economic headwinds such as inflation, higher interest rates and the possibility of a looming recession. But last month when the actual numbers from some alternative investments came in, the board learned that the system had actually lost much more — $5.3 billion.

“Along with many of the STRS members that I proudly represent, (I) find that the board rushed the approval of $10 million in staff bonuses in August,” Foreman wrote in his letter to Correthers. “Financial statements now support this, showing that STRS lost $5.3 billion last year, not the $3.1 billion presented in August.”

During Thursday’s board meeting, Foreman moved to take back the bonuses and the board went into closed session. Foreman said he couldn’t disclose the specific legal advice they received, but he was persuaded that a claw-back was a non-starter.

“I think there’s a better use of our time,” he said.

He said he’s now working to ensure that future bonuses aren’t awarded until after the true performance of STRS’s investments is known. He said he also wants to examine the agency’s operations more generally and that at least some of his colleagues are listening.

“I’m not one against the group,” he said.