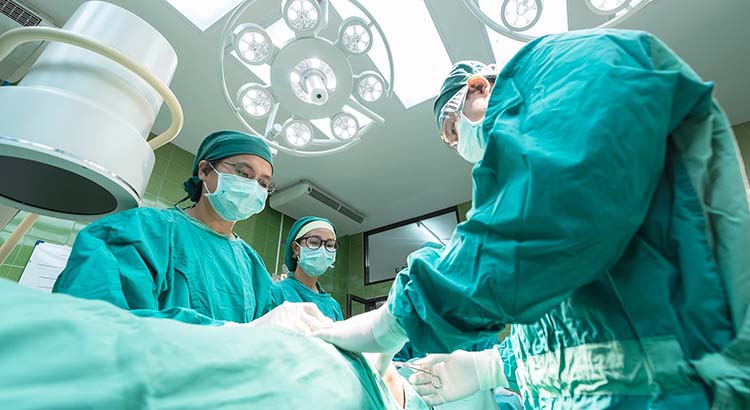 The middlemen who buy things like medical equipment for hospitals have vastly consolidated their control of the marketplace in recent decades, nine consumer groups are saying.

Now the groups want the Federal Trade Commission to mount a formal investigation to see if the companies are stifling competition among medical suppliers, artificially raising costs and unnecessarily making the United States dependent upon unreliable overseas supply chains.

The groups, which include the American Economic Liberties Project and Common Cause, urged the FTC to open a formal “6(b) study” into the biggest companies that supply U.S. hospitals. The agency voted earlier this year to open such a study into pharmacy benefit managers, huge middlemen who are suspected of inflating costs and in some cases of restricting the flow of lifesaving drugs to patients.

After a 6(b) study, the FTC can take enforcement action if it believes abuses are taking place.

While pharmacy benefit managers control at least 70% of that marketplace, the consumer groups said hospital middlemen, or group-purchasing organizations, are even more dominant.

An industry group, the Healthcare Supply Chain Association, responded to questions on behalf of the companies.

“Group purchasing organizations (GPOs) play a critical role in the healthcare supply chain, identifying and sourcing high-quality products at the best value for healthcare providers so that they can deliver safe and effective care for patients,” Todd Ebert, its president and CEO, said in an email. “GPOs operate in a voluntary, competitive environment where their members drive contracting decisions and portfolio development. Key federal agencies including the Federal Trade Commission, Department of Justice, and Government Accountability Office have reviewed GPO practices many times and have consistently reaffirmed their value to the healthcare system. The organizations who signed the letter are focused on exhuming decades-old literature and criticisms rather than highlighting the wealth of studies and reports available on GPO cost-savings and competitive practices.”

But the consumer groups said the GPOs funded largely through fees they charge suppliers who want to sell their products to huge hospital systems.

“These fees are typically calculated as a percentage of a given product’s price — which is claimed to be on average less than 3%, though at times have effectively risen above 50% through a chain of ancillary fees — and the GPOs are legally obligated to disclose them annually to members,” the consumer groups’ letter said. “The manufacturer pays the administrative fees when a purchase is made off the contract. Generally speaking, the fees greatly exceed operating costs, and the GPOs often, though not always, distribute part of the excess sum back to the buyer.”

One reason PBMs and GPOs are allowed to operate as they do is because they have exemptions from the federal anti-kickback statute.

That allows straightforward pay-to-play arrangements between suppliers and middlemen. Pay your fees — or rebates or whatever they might be called — and insurance will cover the drug you produce or a hospital will buy a piece of equipment you make.

President Ronald Reagan eased enforcement of the anti-kickback law in 1987 as Medicare moved away from its fee-for-service model and the government wanted to allow providers leeway to find ways to provide care for less money. But in the three decades since, questions have arisen about whether the exemptions are being abused.

Starting in the Trump administration, there have been several attempts to get rid of the anti-kickback statute’s safe-harbor provisions. But they’ve been beaten back because the government gets a portion of the kickbacks the middlemen provide and that money serves as a “pay for” to make other legislation seem as if it’s not adding as much to the federal deficit as it otherwise would.

In their letter to the FTC, the consumer groups described other, possibly out-of-whack incentives for the group purchasing organizations. It said that excess fees collected by the GPOs don’t always go to defray costs.

“Instead, hospital executives are accustomed to seeing funds that are trickled back instead go towards their salaries,” it said. “This kind of slanted interest is what led a pension fund in March 2022 to sue the board and current and former CEOs of the publicly traded GPO, Premier, the largest in the country.”

Another way the consumer groups said pay-to-play arrangements misalign incentives: GPOs claim they make suppliers compete with each other, but they sometimes sign long-term, sole-source contracts that are a disincentive for other companies to spend money trying to develop better products.

Especially for less-sophisticated equipment, such contracts can make the United States too dependent on suppliers in places such as China and India, the letter said. Weaknesses in the medical supply chain became all too apparent at the beginning of the COVID-19 pandemic in early 2020.

It’s anybody’s guess whether the FTC will take up the investigation the consumer groups are requesting.

In an interview last month, the newest member of the commission told the Capital Journal that he couldn’t comment on specific businesses, but he wants to return the agency to its legal roots. In the 1960s and 70s, some conservative economic thinkers urged a move away from traditional antitrust enforcement, arguing that it was more efficient for government to take a more relaxed approach to regulation.

Alvaro Bedoya, the new commissioner, said it’s time to go back to the original intent of U.S. antitrust law — fairness.

“Read why Congress passed these laws and you cannot read those debates and not understand that antitrust was intended to ensure fairness for small business and rural America,” he said. “Now is a critical time to remember that and make sure we’re being true to the original purpose of those laws.”