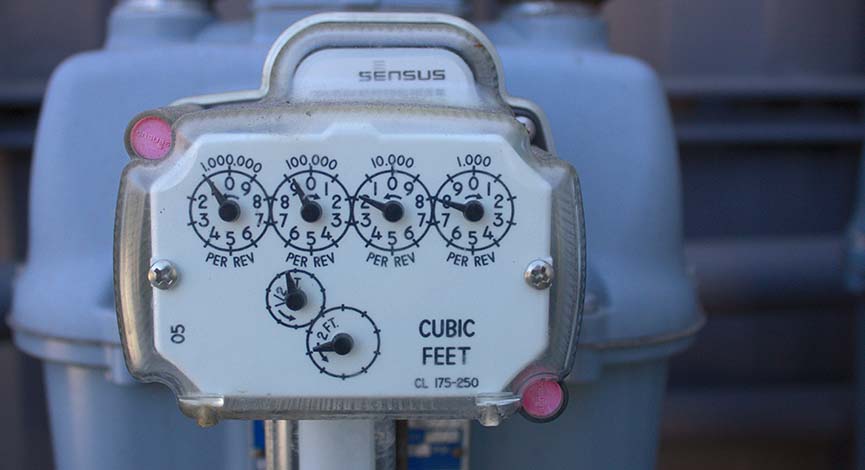 Amid high consumer inflation and spiking energy costs, Columbia Gas of Ohio could start charging each Ohio customer much more in fixed costs. And, while outside advocacy groups are opposing the move, it would be doing so with the support of the state’s official consumer representative.

A “stipulation” that is now before the Public Utilities Commission of Ohio would allow Columbia to increase maximum fixed monthly charges from $36 to $56 — more than a 50% increase — over five years.

That’s for any residence, regardless of whether it’s a 500 square-foot apartment or a 5,000 square-foot home. The fixed rates Columbia wants to raise are for the infrastructure that brings natural gas into residences and businesses.

If regulators grant it and the increase does eventually amount to $20 a month, that could push thousands of Ohioans over the brink. The Census Bureau’s Household Pulse Survey for Oct. 5 to Oct. 17 estimates that more than 11,000 homeowners in the state feared they would be foreclosed upon in the next two months. Another 175,000 — or about 10% — of renters weren’t current on their rent payments, the survey estimated.

“This hike would come on top of skyrocketing natural gas prices, hitting Ohio families twice,” the Environmental Law & Policy center said in a fact sheet. “The cost of natural gas more than doubled from 38 cents per 100 cubic feet in February 2021 to 79 cents a year later.”

Rob Kelter, senior attorney for the center, said that Columbia initially asked for a much larger increase, but struck a deal with the state’s official consumer representative, the Ohio Consumers Counsel, and others. Under the proposed deal, or stipulation, the utilities commission can allow the increase without going through a rigorous process known as a rate case in which Columbia would have to prove that it needs the extra funds to maintain its infrastructure, Kelter said.

If granted, the stipulation would set maximum charges, or caps, which might not materialize. But Kelter said he expected they would.

Calling the proposed increase “obscene,” Kelter said, “This is the worst we could have possibly done if this case had gone to the commission.”

For its part, Columbia characterized the deal differently.

“Columbia Gas of Ohio filed a stipulation on Oct. 31 in the company’s pending rate case with the Public Utilities Commission of Ohio,” spokesman Eric Hardgrove said in an email when asked if Columbia was requesting a fixed-rate increase of as much as 55%. “This stipulation benefits Columbia’s ratepayers and is in the public interest by bringing a compromised resolution to this proceeding with a majority of the parties. Pending PUCO approval, a typical residential customer’s bill will increase by $3.76 per month.”

Asked to square that amount with the much larger numbers Kelter and the Environmental Law & Policy Center are using, Hardgrove responded, “The company’s $3.76 figure cited is tied to the increase in fixed charges when base rates go into effect, if the Stipulation is approved, from the current fixed rates customers pay today.”

He added, “Columbia’s Stipulation sets for the maximum total fixed charges a small general service customer would pay for base rates, Rider IRP, and Rider CEP; however, the Rider IRP and CEP Rider rates are adjusted annually based several factors, including the capital invested and number of Columbia customers. As such, Columbia does not know the rates customers will pay over the next five years for these riders, but it knows it will not exceed the maximum rates set forth in the Stipulation.”

When pressed further, however, Hardgrove conceded that the maximum rate Columbia is seeking is as big as Kelter said it is.

“A more accurate way to state it would be that the maximum increase over the next five years can be (to) no more than $56.51,” Hardgrove said.

As with Columbia Gas, the Office of Consumers Counsel emphasized that the potential 50% rate hike it agreed to was smaller than what Columbia initially asked. The ratepayer-funded consumer representative also emphasized that the maximum rate won’t fully phase in for five years.

“We are pleased that the rate settlement we and others negotiated with Columbia Gas will significantly reduce its original revenue increase request,” spokesman J.P. Blackwood said in an email. “First, Columbia’s proposed revenue increase was cut in the settlement by $153 million annually (well over half) or $765 million over the 5 years of the rate plan. Second, the upper limit on what Columbia Gas can bill consumers for replacing pipe and other investments was reduced by $802 million over the next five years. In total, that is nearly $1.6 billion in revenues cut from Columbia Gas’s original proposal for charging consumers over the next five years. Rates can rise during the first year of the plan by no more than 10.2%, with yearly increases after that.”

However, Kelter of the Environmental Law & Policy Center said utilities typically propose huge, unrealistic rate increases with the goal of bargaining down to what still is a great deal for their shareholders. He said it’s hard to imagine that Columbia would do as well in a full rate case as it would in the proposed stipulation.

Columbia’s parent company, NiSource Inc., doesn’t seem to be hurting for money. It brought in $550 million in net income on $4 billion in total revenue during the nine months ending Sept. 30, according to its financial statements. That’s a 14% profit margin for a company that operates regulated monopolies.

The utility commission held a hearing Wednesday as part of a months-long process to consider whether to grant the stipulation that Columbia is seeking. The same agency has been quick in the past to grant utilities rate increases that critics see as big giveaways that take advantage of ratepayers.

For example, the PUCO allowed electric utility FirstEnergy collect $460 million under a rate increase that was later struck down by the Ohio Supreme Court. There’s apparently no way to refund the money to consumers even though auditors can’t figure out how the money was actually spent. They can’t even be certain that none was used in FirstEnergy’s successful $61 million effort to pass a 2019 law that was part of the biggest bribery and money-laundering scandals in state history.

Kelter is also taking issue with the fact that the maximum increases Columbia wants apply to all residential gas customers, regardless of their size. It certainly seems that it would require more infrastructure per household to provide gas to a sprawling community of mansions than it would to an apartment complex. And that doesn’t consider who’s most able to come up with $20 a month to pay the increase.