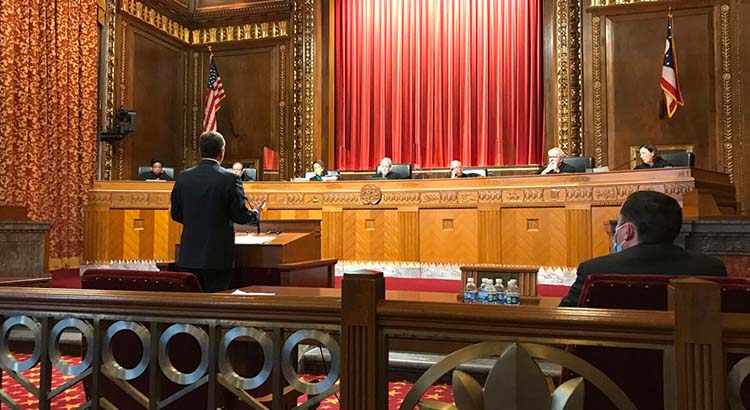 With no authority to rewrite a statute of limitations that the Ohio Supreme Court said “works a grave injustice,” the court was forced to vacate the attempted murder conviction of a Logan County man, even with DNA evidence linking him to the crime.

The state’s highest court unanimously vacated the attempted aggravated murder conviction for Ralph Bortree in a decision released Thursday, because a six-year statute of limitations had well passed in 2019, when “genetic genealogy” revealed Bortree as the suspect in a 1993 kidnapping, rape and attempted murder.

The victim was 19 in July 1993, and was driving to work in Logan County when she was kidnapped at gunpoint, according to facts laid out by the court. After she was driven to a wooded area, she was raped, had her throat cut and was left for dead.

She survived the horrors, and was able to give police a description of the suspect and his truck. Some of the DNA from the suspect was collected off of the survivors shirt, but the case went cold until 21 years later, when an evidence technician submitted the DNA to the Ohio Bureau of Criminal Investigation. It wasn’t until 2015 when improved DNA technology led to a match with DNA connected to similar crime in Sidney two years before the Logan County case.

But, with no name attached to the sample, it took until 2019 for law enforcement and a private genetic genealogy company to connect the DNA to Bortree through the use of genealogy databases.

Bortree was put under surveillance by the Logan County Sheriff’s Office and cigarette butts he discarded were tested for DNA, leading to his arrest.

Acknowledging statutes of limitations on rape and kidnapping, Logan County’s prosecuting attorney did not seek to indict Bortree on those offenses.

The supreme court ruled that an “interplay of several statutes” ties its hands in this case, forcing them to vacate the conviction, which led to an 11-year prison sentence.

“Under the particularly heinous set of facts in this case, the six-year statute of limitations that applies to attempted aggravated murder and attempted murder works a grave injustice,” wrote Justice Michael Donnelly for the majority. “However, we have no authority to rewrite the statute.”

A lower court had argued against this six-year limitation, saying this amount of time “for such a serious crime was inconsistent with the lengthier limitation periods that the legislature had delineated for other, less serious, offenses.”

“We are, unfortunately, duty bound to reverse the judgment,” Donnelly wrote, sending the case back to the trial court to remove Bortree’s conviction.