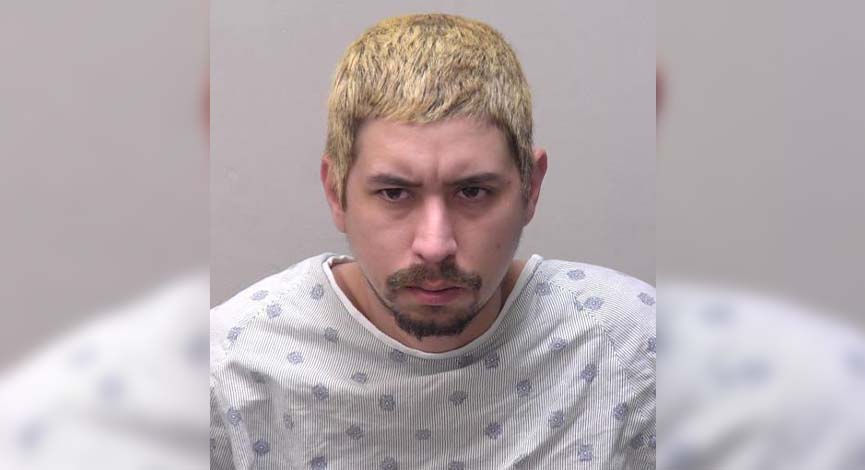 Findlay, Ohio — An Arcadia man was arrested Sunday evening after leading police on a pursuit in the city of Findlay.

At approximately 11:31 p.m. Sunday, officers with the Findlay Police Department attempted to stop a black GMC Envoy for a motor vehicle violation.

The driver failed to stop and the officers pursued the suspect vehicle around the general area on streets, throughout parking lots, and in alleys.

Speeds reached approximately 45 mph at times, according to police. After a half-mile pursuit, the driver exited the moving vehicle and fled on foot.

According to police, the suspect reached into his waistband while fleeing, and a police K9 unit was released to apprehend the suspect. The K9 made a successful apprehension of the suspect who was identified as 30-year-old Brendon Claypool, of Arcadia.

Claypool was found to have three active warrants through the Findlay Municipal Court. He was also arrested for failing to comply with an order or signal of a police officer, a third-degree felony; possession of drug abuse instruments, a first-degree misdemeanor. A charge of possession of drugs is also pending lab results.

Due to injuries sustained from the K9 apprehension, Claypool was transported to Blanchard Valley Hospital where he was treated for his injuries prior to being booked into the Hancock County Justice Center.