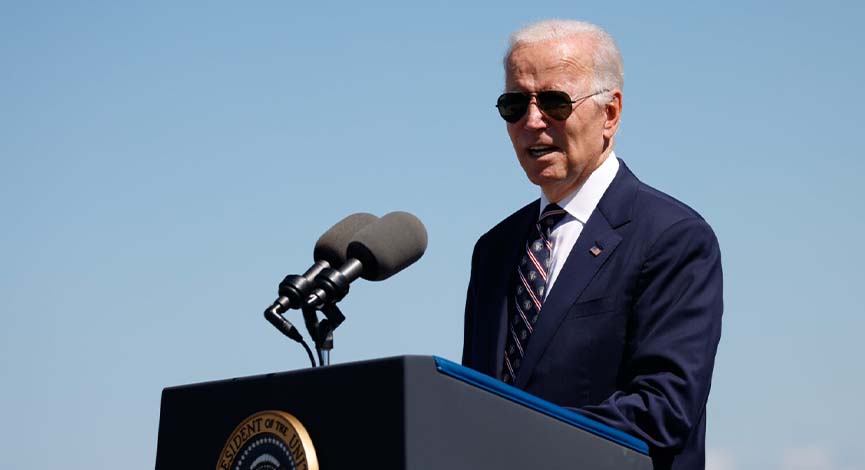 The federal law prohibiting sex discrimination also bars colleges and universities from denying counseling and other services to abortion patients and contraception to all students — even in states where abortion is now severely restricted, the U.S. Education Department said Tuesday.

The guidance, which clarifies the longstanding rules for federal Title IX funding that virtually all colleges and universities receive, comes as several states have moved to ban or greatly limit abortion. The federal insistence on compliance with the Title IX regulations appears to be in conflict with some state policies.

The University of Idaho, for example, issued a memo last month telling its employees not to provide reproductive health counseling or contraception in order to comply with a state law.

President Joe Biden and Vice President Kamala Harris singled out the University of Idaho during a public meeting of the White House Reproductive Rights Task Force on Tuesday.

“They told university staff they could get in trouble just for talking or telling students about birth control,” Biden said, referencing the memo. “Folks, what century are we in?”

Idaho is among the 13 states where nearly all abortions are illegal following the U.S. Supreme Court’s ruling in June that removed the nationwide right to an abortion, according to the reproductive rights policy research organization Guttmacher Institute.

The Idaho Supreme Court convenes on Thursday to hear oral arguments on the merits of three Idaho abortion laws.

Tuesday’s guidance was intended “to remind schools of their obligations under Title IX,” he added.

The department’s civil rights office determined in June that a Utah community college violated Title IX by not making accommodations for a pregnant student and encouraging the student to drop a course because she was pregnant.

The University of Idaho memo said university employees could not provide patients with birth control or emergency contraception. The document referenced a 2021 law that bans public funding to “procure, counsel in favor, refer to or perform an abortion.”

Standard birth control can still be dispensed at student health facilities, whose workers are not employed by the university, according to the memo.

A spokeswoman for the university did not immediately return an email seeking comment on the Education Department guidance and Biden and Harris’ remarks.

Abortion bans have affected other health services, White House press secretary Karine Jean-Pierre told reporters Tuesday. Women have been denied prescriptions to treat miscarriage or conditions like arthritis and there are “threats to contraception,” including for college students, Jean-Pierre said.

Harris noted that 19th-century laws banning abortion in Arizona and Wisconsin have recently gone into effect.

In Wisconsin, the abortion ban is sending some patients to Minnesota and Illinois and leaving many who need care without access, Dr. Kristin Lyerly, a Green Bay OB-GYN, said.

And it’s had a chilling effect on abortion providers, who can now only perform an abortion when the mother’s life is at risk. But even the judgment required in that decision could scare doctors from performing a medically necessary procedure, she said.

“Pregnant people don’t have a warning light that comes on when they’ve crossed that threshold,” she said. “In places like Sheboygan County, where the district attorney has specifically said that he will prosecute physicians, can I count on him to trust my clinical judgment?”

Georgia OB-GYN Dr. Nisha Verma told the task force that she’s had to turn away patients with high-risk pregnancies or fetal abnormalities since that state’s six-week ban went into effect.

“Imagine looking someone in the eye and saying, ‘I have all the skills and the tools to help you. But our state’s politicians have told me I can’t,’” she said.

Biden, Harris and Jean-Pierre all urged Congress to pass a law codifying a nationwide right to abortion.

“If there were a national law that was passed in the United States Congress to protect reproductive care, so-called (state) leaders could not ban abortion,” Harris said. “They could not criminalize providers. They could not limit access to contraception.”