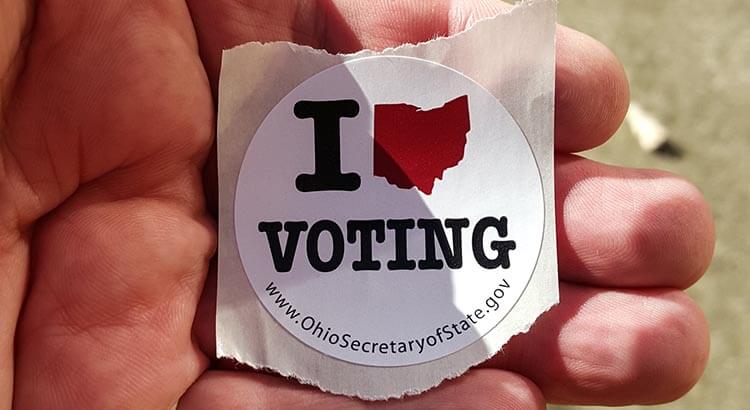 Two new polls of Ohio voters reiterate what many previous surveys have suggested. The race for U.S. Senate is neck and neck, while Gov. Mike DeWine holds a commanding lead in his reelection bid.

Siena College spoke with 644 likely Ohio voters between Oct. 14 and Oct. 19. Their report has a margin of error of 5.1 percentage points.

In the U.S. Senate race among registered voters, Marist found Republican J.D. Vance holds a one-point lead over Democrat Tim Ryan — 46% to 45%. That’s the exact same split they saw a month ago. For the subset who say they’re definitely voting, Vance and Ryan are dead even — 47% to 47%.

Marist director Lee Miringoff adds that the candidates are splitting independents and the share of undecided voters is relatively small.

“So, the race like a lot of others now becomes more about turnout than about persuasion,” he said.

Siena came up with virtually identical figures. Researchers there reported Ryan and Vance tied at 46%.

Both polls found Republicans ahead in the generic congressional race and President Biden’s favorability slumping to the high 30s. Ryan’s unfavorable ratings have jumped since the last Marist poll, which director of strategy and innovation Jay DeDapper chalked up to millions of dollars in negative ads.

“Ryan is swimming against a current,” Miringoff agreed. “Biden’s approval rating at 37%, so that’s a low number obviously, and Ryan is running about 10 points after Biden. So all things being equal, Ryan is doing well to make this competitive. (It’s) unclear whether it’ll be good enough to actually flip it his way.”

The Marist and Siena polls show DeWine with a double-digit lead on his Democratic challenger Nan Whaley. But there’s a significant gap between how strong DeWine’s advantage appears.

Marist’s report indicates a narrower, although still substantial, lead for the governor. Their latest survey shows DeWine leading with 53% of registered voters to Whaley’s 40%. Among respondents who say they’ll definitely vote that shifts to 54% to 41%.

Whaley’s showing has actually improved slightly since their last survey. But with DeWine clearing 50%, Miringoff warned the race is unlikely to shift significantly unless something “dramatic” happens.

Between DeWine’s incumbency and broad name recognition, Whaley was always going to face an uphill climb. DeWine has also refused to debate his opponent, denying her an opportunity to address a statewide audience.

But part of Whaley’s problem could come from making abortion the central issue in her appeal to voters. Whaley argues polls are missing how big the issue is to voters. Marist’s survey found abortion was the third most likely issue to be top of mind for voters behind inflation and preserving democracy. Inflation topped the list with 46% of registered voters. Abortion was less than half that, at 19%.

“If you break that down, you look into the cross tabs, you’ll see that on inflation 22% of Democrats, more than one in five Democrats say that inflation is their number one issue,” he said.

Both survey teams pointed out how significant split ticket voting could be in this year’s election. Siena director Don Levy noted “12% of Ohio voters plan to split their ticket and vote for DeWine and Ryan.”

Miringoff described an even better performance for Ryan in their poll. “Ryan gets 15% of the DeWine vote. Vance only gets 6% of the Whaley vote.”

One optimistic data point from the Marist poll — strong majorities in both parties said they have confidence November’s election will be fair and accurate.