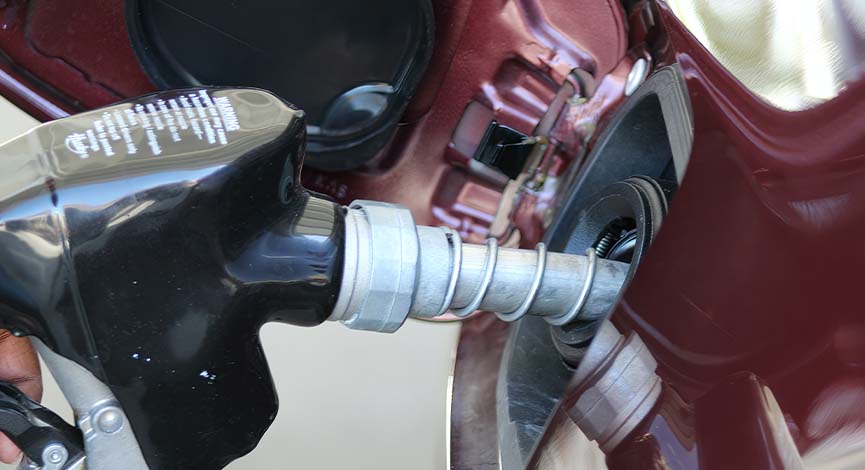 Voters tell pollsters their top concern is inflation, and the rising cost voters point to most frequently is the price of gas.

The price of gas is also the problem elected officials can do least about.

Republicans contend Biden administration policies are to blame for gas prices, because a clean energy agenda has thwarted energy production.

This year, the volume of domestic oil production is on track to challenge the largest in the nation’s history, and the historical peak set in 2019 is projected to be surpassed next year. 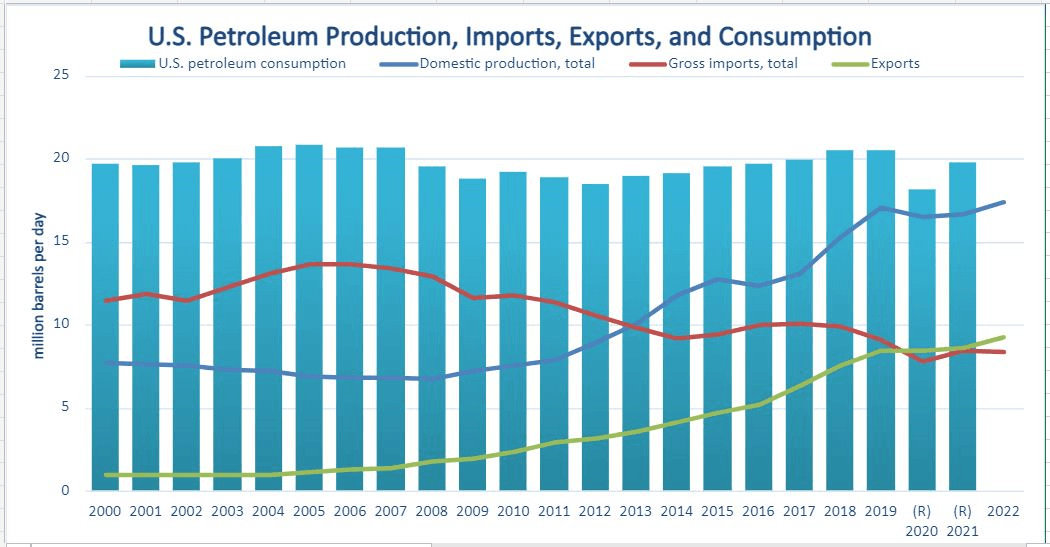 Republicans running for office, virtually all of whom who say “price of gas” a lot, have contended if Biden hadn’t paused new oil and gas leases on federal lands and canceled the Keystone XL Pipeline, production would be a lot higher.

The Keystone XL Pipeline wouldn’t have been pumping any oil until next year at the earliest. Plus, none of it would be U.S. production. It’s a pipeline. From Canada.

Biden’s pause on leasing effectively went nowhere, instead getting bottled up in courts. But even when it looked like it might happen, oil industry officials assured shareholders that they had plenty of available leases already. There were a lot of reasons they weren’t producing – trouble getting rigs, logistics of restarting pandemic production curtailments, skittish investors. Biden Administration policy wasn’t one of them.

But earlier this month the Department of Interior did announce procedural steps toward issuing several new, additional oil and gas leases. Interior was mandated to proceed with the new leases under legislation passed by Congress and signed into law in August. Every Republican in Congress voted against it.

The price of oil, and hence gas, is tangled in global intricacies and infamously volatile. It’s been even more so with the Putin madman (or genius, depending on your/Trump’s point of view) running roughshod over the nation that has the world’s third largest oil production.

The only sure thing about the price of oil is it’s going to change.

That’s why the U.S. Energy Information Administration, the federal agency tracking oil and gas production, consumption, economic growth and other factors both global and domestic, tends not to climb out on limbs when projecting oil prices.

After taking into account those aforementioned factors and a few others as well, EIA’s latest short-term outlook sees oil prices falling early next year.

There are a lot of reasons to expect prices to resume falling sooner rather than later. But maybe they won’t. Oil prices are rarely easy to predict.

One thing is easy to predict. In fact, it’s a rock solid lock. When the price of gas goes up, goes down, or stays the same early next year, or even later next year, it will have nothing whatsoever to do with which party wins the 2022 midterm elections.

Voters have very strong feelings about the price of gas.

The price of gas doesn’t care.

That feeling could be mutual someday, if there comes a time when consumers, businesses and nations are no longer held hostage by the literally filthy oil industry.

The climate provisions in the Inflation Reduction Act are the most consequential effort ever undertaken by the U.S. to move society away from fossil fuels and toward a clean energy economy. No policy enacted in the U.S. thus far will do more to help the nation achieve energy independence that is not only affordable, but that also doesn’t exacerbate climate change and all its destructive – and extremely expensive – consequences.

Republicans are also running for some things. For instance, prominent House Republicans have vowed to impeach Biden, and Republican House leadership has signaled it will continue to take its marching orders from insurrectionist instigator and would-be election thief Donald Trump, starting with an investigation of Hunter Biden.

Does Hunter Biden belong in jail? Don’t know/don’t care, but Hunter Biden is definitely another thing the price of gas doesn’t care about.

More consequential actions either proposed by Republican members of Congress or outlined by Republicans congressional policy and campaign arms include but are not limited to: Curtailing or banning abortion rights; making people wait until they’re 70 to get Social Security and Medicare; protecting the weapons industry’s freedom to put as many and as many kinds of guns on the streets as the industry can sell; and repealing legislation enacted into law by Democrats, including provisions in the Inflation Reduction Act that lower the costs of prescription drugs.

Ideally, voters would be making their choice about who to vote for, or whether to vote at all, based on those and other issues that politicians can actually do something about.

But if the polling is to be believed, voters will base their choice on the price of gas instead.

This commentary was republished from the Nevada Current under a Creative Commons license.