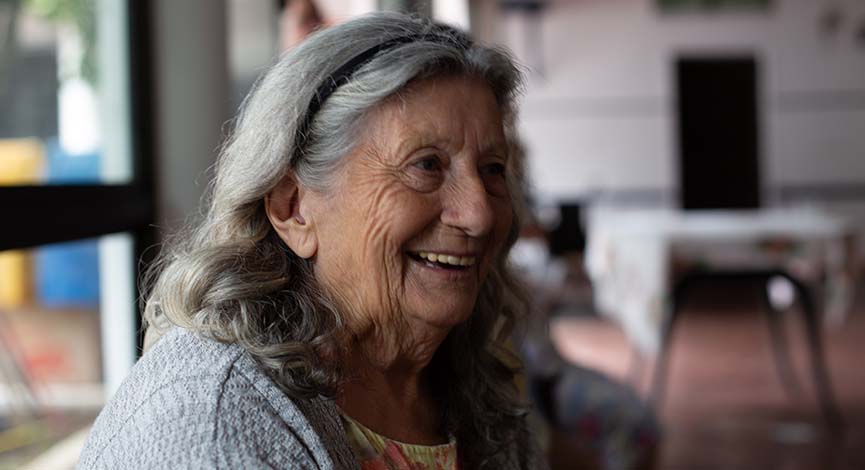 Rising costs are weighing on everyone’s minds. This couldn’t be more true for seniors, who often live on fixed incomes and have significant health care needs.

Meanwhile, health care costs are skyrocketing and seniors are forced to pay thousands of dollars a year on care — leaving less room for rent, groceries, and other basic expenses. Seniors are especially impacted by high prescription drug costs, with nearly 1 in 4 struggling to access the medications we need. As a caregiver for seniors here in Columbus, I see these challenges and their impacts on seniors and their families first-hand.

Fortunately, help is on the way for seniors in Ohio and so many across the nation. President Joe Biden recently signed the Inflation Reduction Act into law, which lowers health care costs for the American people. Along with fighting inflation and making key investments in climate and energy, the bill will finally rein in prescription drug costs for millions of seniors.

Decades in the making, the Inflation Reduction Act finally gives Medicare the power to negotiate lower drug prices. This alone will drive down the prices of some of the most prevalent and expensive drugs for seniors on Medicare. Polling shows over 80% of Americans support giving Medicare the power to negotiate, making it among the most popular provisions in the entire bill. By 2030, more than 80 drugs will be eligible for Medicare price negotiation.

The Inflation Reduction Act also caps out-of-pocket drug costs for seniors on Medicare at $2,000 per year. Seniors with serious conditions like cancer, multiple sclerosis, and rheumatoid arthritis will save thousands of dollars on prescriptions under this provision. As it stands, more than 1.4 million Medicare enrollees paid more than $2,000 in out-of-pocket costs in 2020. Thanks to this bill, over three million seniors could see savings of more than $1,500 a year.

Importantly, beginning next year, no Medicare beneficiary will pay more than $35 a month for insulin. This will make a world of a difference for the more than 3.2 million insulin users on Medicare Part D. Some seniors are paying hundreds of dollars a year on this lifesaving medication. Additionally, all Medicare Part D beneficiaries will have access to critical vaccines, such as shingles and pneumonia, with no cost sharing.

The Inflation Reduction Act also protects Americans on Medicare from exorbitant price increases. Year after year, drug companies hike the prices of medications far beyond the rate of inflation, forcing more than 1 in 5 seniors not to take medication as prescribed. Rationing medication has serious health implications for seniors, with 22% reporting their health condition worsened as a result. This legislation takes immediate action to stop Big Pharma from raising Medicare drug prices faster than the rate of inflation.

In addition to driving down prescription drug costs for millions of seniors, the Inflation Reduction Act will lower health care premiums by extending Affordable Care Act financial assistance for three years, helping level the playing field for working families in Ohio and delivering affordable care to Americans from all walks of life, including older adults, people with disabilities, people in rural communities, and people of color.

Our seniors are depending on the savings from the Inflation Reduction Act. Thanks to President Biden and Democrats in Congress – including Senator Sherrod Brown and Congresswoman Joyce Beatty – millions of seniors will no longer be forced to choose between putting food on the table and affording the medications they need to survive. Despite a $100 million lobbying campaign from the pharmaceutical lobby and unified opposition from Republican lawmakers, President Biden and Democrats delivered on their promises.

Jamie Rollins is a public school counselor in Franklin County and a caregiver to his aging parents in Columbus.