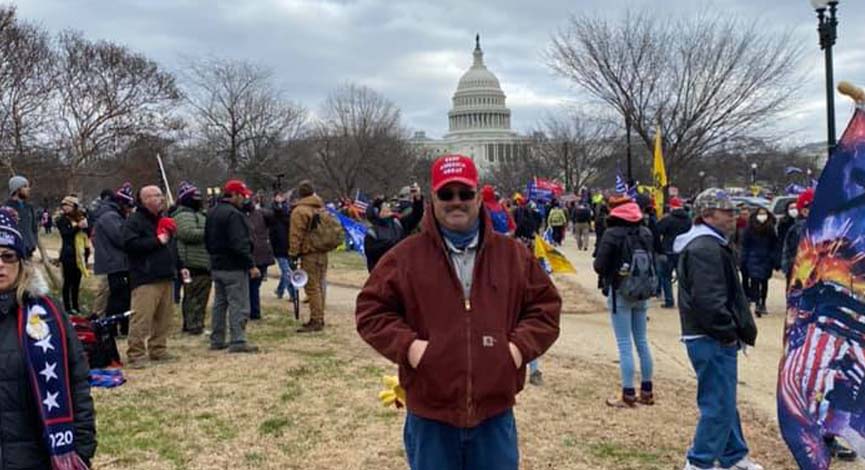 Tiffin, Ohio — Seneca County Commissioner candidate Bill Frankart was in Washington, D.C. on Jan. 6, 2021, when a mob of pro-Trump supporters stormed the U.S. Capitol, a review of his Facebook profile shows.

Frankart, a Republican farmer who is currently serving his fourth term as an Adams Township trustee, wrote in a Jan. 6, 2021 post alongside photos taken near the U.S. Capitol that it was “quite an experience here in Washington DC today.” 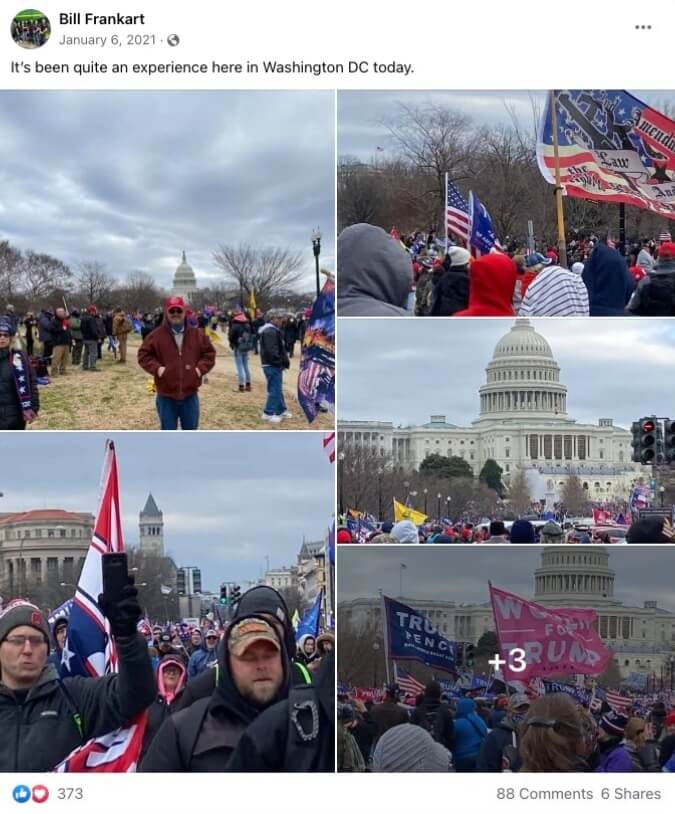 Frankart liked several comments on his Jan. 6th Facebook post, including one that said, “Good for you Bill it’s about time people stood up and said enough is enough !!” He also joked that it was him sitting in House Speaker Nancy Pelosi’s chair.

On Monday, Frankart hosted a fundraiser at his family farm for Ohio Republican U.S. Senate candidate J.D. Vance, who has downplayed the Jan. 6th attack on the Capitol — calling it a “protest” in which people “got a little out of hand.” Roughly 150 police officers from the U.S. Capitol Police, the D.C. Metropolitan Police Department, and local agencies were injured as a result of the attack.

Additionally, Vance has spread conspiracy theories about Jan. 6th, including that the suspects who were in jail haven’t been charged with a crime. He has also taken to social media to help raise money for those charged with crimes in connection to the attack.

Earlier this year, Frankart defeated Adam F. Smith in the Republican primary to replace Mike Kerschner on the Seneca County Board of Commissioners. He is running in the November general election unopposed, as no Democratic candidates have filed to run for the seat.

Frankart owns and operates Ridge View Farms and Sand Ridge Real Estate, a grain farming operation in Seneca County. He unsuccessfully ran in the Republican primary for Seneca County Commissioner in 2020, losing to Tyler Shuff. In addition to serving as an Adams Township trustee, Frankart currently serves on the countywide Broadband Steering Committee and the EMS Committee.

According to a U.S. Department of Justice database, Frankart has not been charged in connection with the Capitol attack.