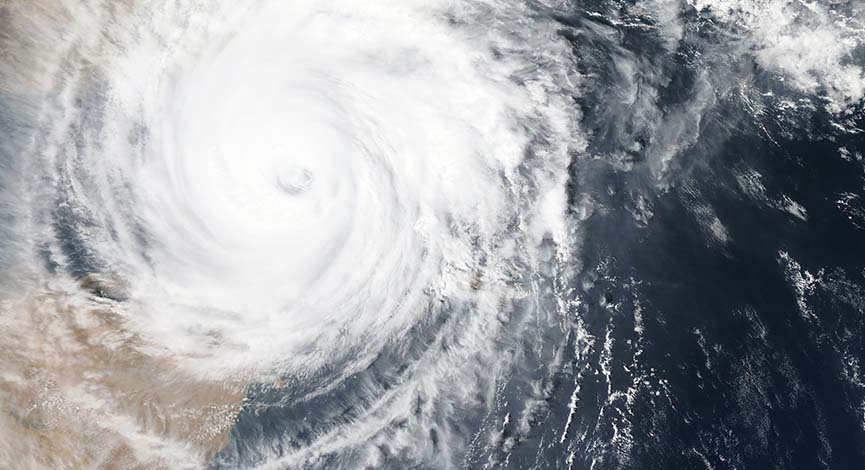 Photo by NASA on Unsplash
ShareTweet

President Joe Biden on Monday landed in Ponce, Puerto Rico to survey the damage from Hurricane Fiona and announce $60 million in funding to help the island prepare for future hurricanes.

The visit came after the Category 1 hurricane in late September damaged the power grid, leaving millions in Puerto Rico without power. The funding is provided by the $1.2 trillion bipartisan infrastructure bill enacted last year, and will help Puerto Rico prepare for future storms by creating a new flood warning system, strengthening flood walls and shoring up levees.

“All of America is with you,” Biden told island residents in his remarks.

Puerto Rico is a U.S. territory, and the more than 3 million Puerto Ricans on the island are American citizens.

“I’m confident we’re going to be able to do all you want, governor, and I’m committed to the island,” Biden said.

Biden said that he believes the United States can extend the disaster declaration for Puerto Rico in order to cover the full cost of moving debris and providing other federal help.

The governor of Puerto Rico, Pedro Rafael Pierluisi, a Democrat, said that about 94% of people on the island have power again.

He said that since so much of the flood damage in Puerto Rico was to bridges and roads, he’s asked FEMA to make those repairs a priority.

At least 25 people died from the Category 1 hurricane.

The island was still recovering from Category 4 Hurricane Maria in 2017 that devastated the island and severely damaged the power grid. It took 11 months to fully restore power to the island, making it the longest blackout in U.S. history.

“This latest storm did a serious blow to all the hard work that followed (Hurricane) Maria,” Biden said.

He said that $4 million is going toward repairs for the power grid, adding that he is prepared to expedite resources from the federal government to help.

Biden is also set to visit Florida on Wednesday, following the devastating Category 4 hurricane that hit the Sunshine State, leaving thousands of people without power and destroying homes and businesses.

The death toll in Florida is now at 58.