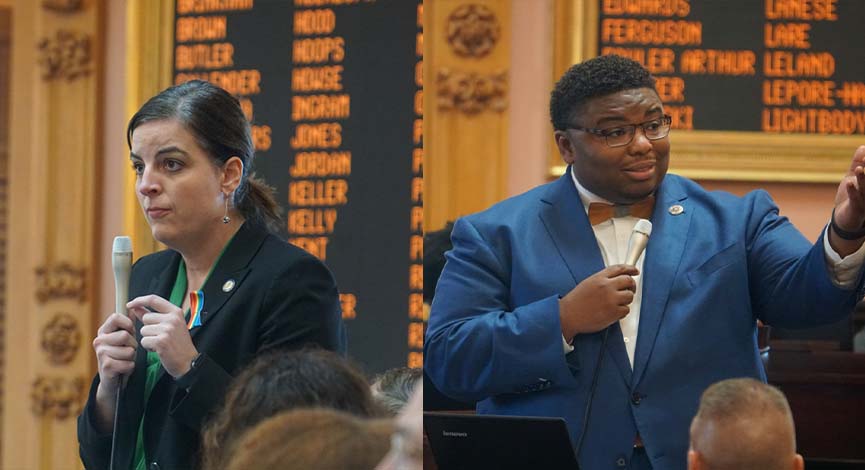 Ohio’s minimum wage is set to increase in January from $9.30 an hour to $10.10, but unless the law changes the disabled will be left far behind.

They can currently earn the state’s “subminimum” wage of $4.25 an hour and can be paid substantially less than that, NBC 4 reported. Now Ohio Reps. Brigid Kelly, D-Cincinnati, and Dontavius Jerrells, D-Columbus want to raise it to where it will be for most other workers.

That would lift some people out of poverty, a majority of a panel of Ohio economists said earlier this week. But a majority was also uncertain whether it would be an overall help to the state economy.

In a survey conducted by Scioto Analysis, 12 of 18 economists said the measure would reduce poverty. Three disagreed and three were uncertain or had no opinion.

Four economists agreed that paying the disabled the regular minimum wage would be good for the overall economy. Four disagreed and 10 were either uncertain or had no opinion.

In the comments that accompany the survey, Youngstown State University economist Albert Sumell said increasing minimum wages for the disabled is no silver bullet, but it would be beneficial.

“The effect will be modest but clearly some individuals with disabilities would benefit,” he said.

On the other hand, Kent State University economist Curtis Reynolds questioned whether subminimum wages were what prompted some employers to hire disabled workers in the first place.

“The challenge, of course, is whether individuals will still have job opportunities at the higher wage,” wrote Reynolds, who said he was uncertain about the effect of raising the wages. “If yes, then the higher minimum wage would reduce poverty. If not, then it will not reduce poverty. I am not sure which will happen for this population (which has not been studied as much in research on minimum wage policies).”

The economists’ uncertainty about whether raising minimum wages for the disabled would grow the economy was even more pronounced. Some of the uncertainty stemmed from the relatively small number of disabled workers and how little minimum-wage workers of any group earn.

But some of the economists argued that there are other reasons for undertaking the increase.

“I think the main goal of minimum wages is to create equitable growth and dignity for workers,” wrote Jonathan Andreas of Bluffton University. “I’d be in favor of more equity and dignity even if it caused a little less growth, but the research on minimum wages generally finds that it doesn’t cause problems so it looks like a way to increase equity without hurting growth. I’ve never seen research about the minimum wage for people with disabilities so I haven’t seen enough information to know.”