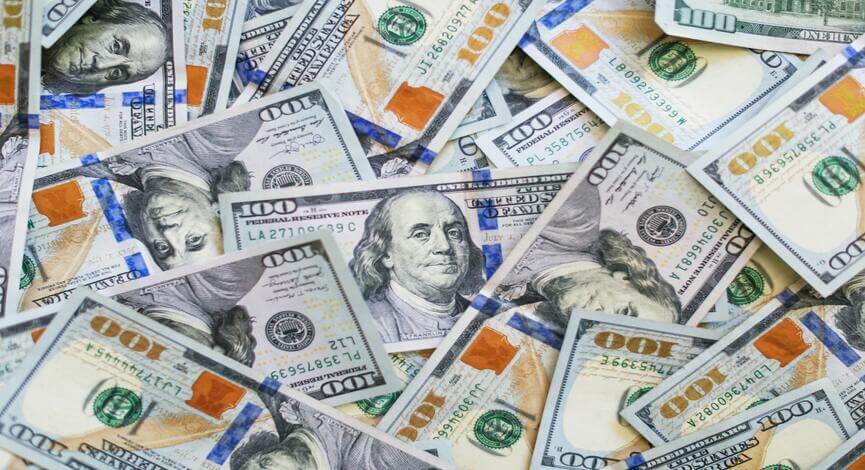 In Ohio and around the country, the 2022 midterm election is on track to see some of the highest advertising spending in American political history, approaching $10 billion nationally, according to projections in a report from the nonpartisan research company AdImpact.

Ohio’s election alone is set to see $344 million in political ad spending, AdImpact says. This puts it on par with projected total ad spending in Wisconsin ($344 million) and Michigan ($328 million) this cycle, but still significantly less than in other states with tightly contested U.S. Senate races such as Pennsylvania ($609 million), Arizona ($600 million), and Georgia ($575 million).

The report shows that more than $138 million had already been spent on ads by early August in Ohio’s 2022 U.S. Senate race, which pits Democrat Tim Ryan against Republican J.D. Vance. The two are vying to replace outgoing Ohio Republican U.S. Sen. Rob Portman. 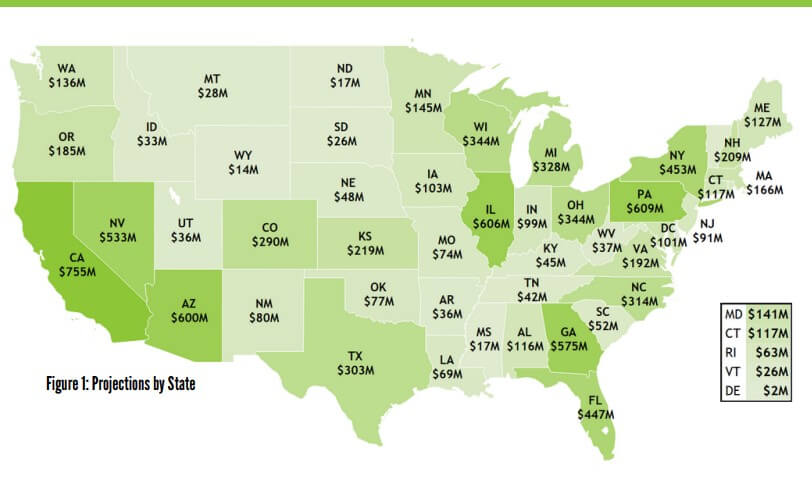 This came on the heels of a fundraising “game of chicken” this summer between McConnell and tech billionaire Peter Thiel, first reported by Puck News. Thiel spent more than $13 million backing Vance in the Ohio Republican primary this spring, but has locked horns with McConnell over how much more money he’ll put toward his two endorsed U.S. Senate candidates: Vance in Ohio and Blake Masters in Arizona. Thiel is said to have indicated recently he believes Vance is on track to win and intends to focus the remainder of his efforts on Masters in Arizona.

The contests for Ohio’s U.S. House races had seen $82 million in TV, radio, and digital advertising spending in August with 90 days to go before the election, AdImact said. The governor’s race had less than $40 million spent, but the public version of the report did not provide a precise figure nor a projected total for that race. 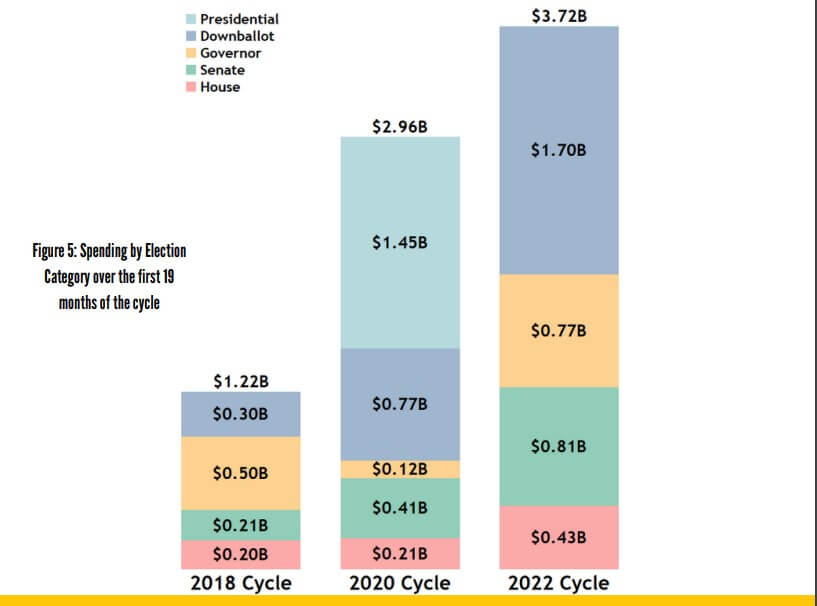 Nationwide, in early August, more than $6.4 billion had already been poured into races ranging from the U.S. Senate and U.S. House to those for governor and other statewide elected officials, as well as local races. That figure surpasses both the 2018 and 2020 election cycle, the report says.

To date, approximately 13% of the advertising nationally has come in the form of streaming service ads, with projections forecasting that to account for nearly 15%, or $1.44 billion, of political ad spending across the U.S. by the end of the cycle. The projections forecast roughly the same amount and percentage being spent on digital ads with Google, Facebook, and others.

This year’s election is poised to be the second consecutive national cycle to surpass the $9 billion threshold. The projection represents a 144% increase over 2018, and a $660 million increase over the 2020 election cycle, according to the report. 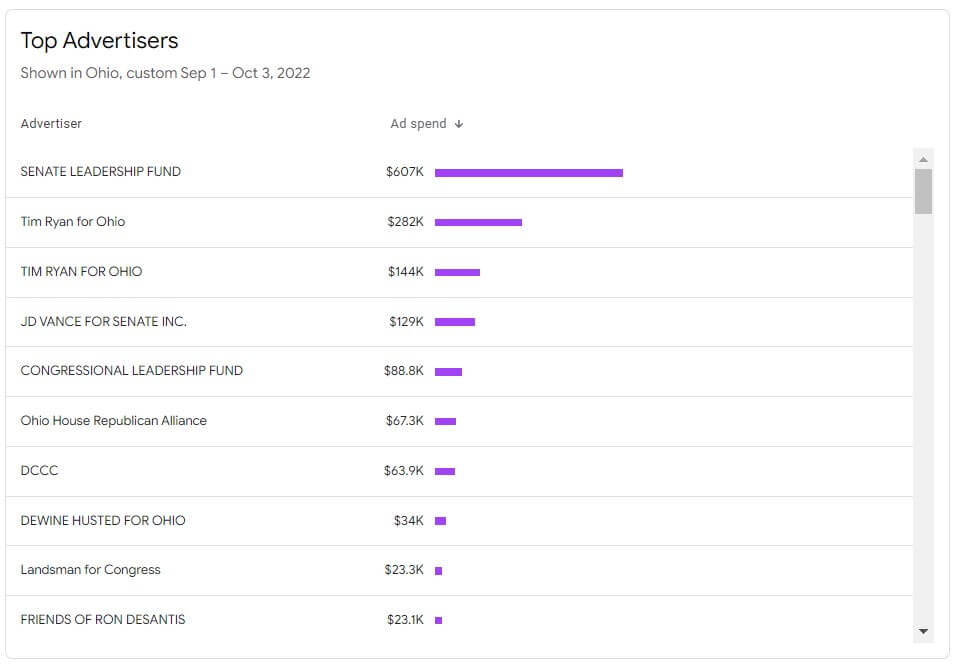 When it comes to digital ads, Google Advertising data show nearly $4.7 million has been spent on political Google ads in Ohio since Jan. 1, with 42,270 Google ads as of Oct. 3.

The biggest purchasers of Google ads since the beginning of the year has been Tim Ryan for Ohio, with $1.38 million, and McConnell’s Senate Leadership Fund, with $607,000.

From Sept. 1 to Oct. 3, a total of $1.74 million has been spent on 9,740 political Google ads in Ohio. All of the Senate Leadership Fund’s spending appears to have come after Sept. 1.

The Google ad purchasing in the race for Ohio governor since Sept. 1 are more modest, with the reelection campaign of Gov. Mike DeWine spending $34,000 on Google ads since Sept 1., and the campaign of Democratic challenger Nan Whaley spending $16,700.

In the middle of them is Florida Gov. Ron DeSantis, who has spent $23,100 on Google ads in Ohio since Sept. 1. DeSantis is seen by political observers as a likely candidate for the Republican nomination for president in 2024.

Ad tracking made available by Meta, formerly Facebook Inc., shows that in the 90 days ending Sept. 30, $66,572 had been spent on Facebook political ads in Ohio, with the Senate Majority Fund leading the way with $6,110.

This was followed next by Americans for Prosperity spending $2,677. All others, including the DCCC and the campaign of Democratic Attorney General candidate Jeff Crossman, spent less than $2,000 on Facebook ads over the same period.