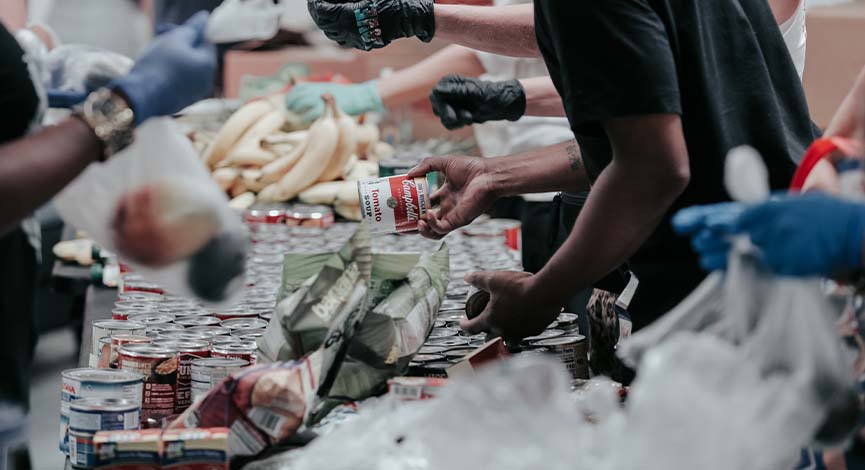 Faced with the prospect of a punishing winter, the Ohio Association of Foodbanks is lauding Gov. Mike DeWine’s decision to award them $15 million in unspent federal coronavirus funds to buy protein-rich food for their clients.

Supply bottlenecks, increased fuel costs, commodity inflation and a lack of farm labor have strained the foodbanks’ ability to meet growing demand. Those factors and sharp reductions in food from the U.S. Department of Agriculture in August prompted Ohio Association of Foodbanks Executive Director Lisa Hamler-Fugitt to say that food was “going out a hell of a lot faster than it’s coming in.”

And because of the bottlenecks, Hamler-Fugitt said the agencies needed money quickly because months-long lead times meant that orders needed to be placed right away to ensure delivery by winter. On Monday, she issued a statement praising the decision to contribute some of the state’s unexpended coronavirus-relief funds.

“Today, Gov. Mike DeWine renewed his commitment to supporting Ohio agriculture and keeping Ohio families nourished by advancing $15 million of Ohio’s American Rescue Plan Act dollars to support the Ohio Agricultural Clearance Program,” Hamler-Fugitt said. “These funds will be used by the Ohio Association of Foodbanks to purchase and distribute much-needed and highly sought-after Ohio protein products to households struggling to meet their basic needs during these times of historic inflation and rising food prices.”

In an email, she said that her organization will use the funds to purchase  “protein foods directly from farmers, livestock producers and co-op operations and processors as we already do through the Ohio Agriculture Clearance program.”

She added that the purchases will fill an acute need because they’re “desperately needed high-cost, in-demand meats and protein foods that are not available through donation channels and USDA programs. Foodbanks and food pantries have little to no protein available to distribute to hungry Ohioans.”

The news comes after the foodbanks last month got some good news from the USDA. It announced that Ohio’s foodbanks would get $50 million in emergency assistance starting next year as part of a nearly $1 billion relief package nationwide. But it seems unlikely that the measures will meet the foodbanks’ need — especially if, as some economists predict, we’re headed into a recession.

Even without a recession and accompanying unemployment, the most recent U.S. Census Bureau Household Pulse Survey estimated that as of Aug. 8, nearly 762,000 — or 6.5% — of Ohioans sometimes or often couldn’t get enough to eat during the previous seven days. That was a 20% increase over August 2021.

And the strain on the foodbanks comes as the state as of earlier this year sat on  unprecedented fund balances of $7.4 billion and another $1.3 billion in unexpended American Rescue Plan Act funds. In June, DeWine spokesman Dan Tierney said that as for rescue plan funds, the governor’s “strong and prudent preference (is) that one time federal funds be used on one-time expenditures as opposed to ongoing expenses.”

Such ongoing expenses could include supplies for foodbanks.

Hamler-Fugitt in March said that the foodbanks need more than $180 million for supplies, equipment and to upgrade their infrastructure. But on Monday, she praised DeWine and state lawmakers for the $15 million for protein.

“We thank Gov. DeWine for being at the table with us to hear from Ohio foodbanks about the tremendous need and why we need bold action like today’s announcement to make sure hungry Ohioans have the healthy wholesome foods, like Ohio-produced beef, pork, cheese, milk, eggs, chicken, turkey, lamb and more, on their plates each day,” she said.