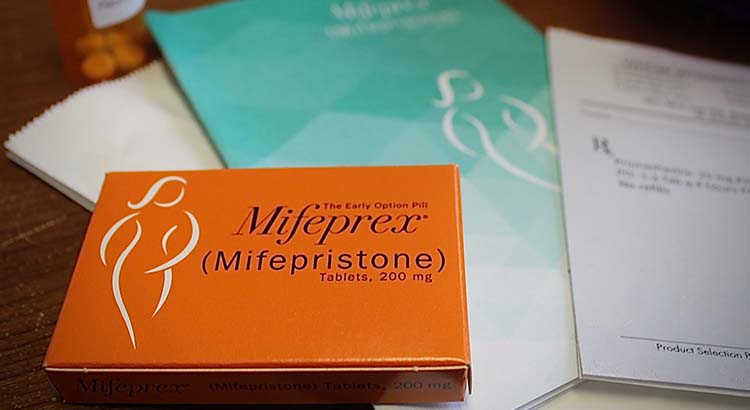 The Ohio Department of Health’s latest annual count of abortions conducted in the state showed a slight increase in 2021, the year before Roe v. Wade was struck down by the U.S. Supreme Court this summer.

The data showed that 60% of abortions happening in the state were in pregnancies of less than nine weeks. Though some legislators and anti-abortion groups in the state claim a need to stop “late-term” abortions, state data continued to show that pregnancies past 21 weeks gestation are very rare, occurring in less than 1% of pregnancy terminations.

In determining the gestational age of the terminated pregnancies, most conducted an ultrasound to find out the age.

The state receives the data through a “confidential abortion report.” One change was made to the report in 2021, after a law was passed requiring physicians to verify that a pregnant person “was not seeking an abortion because of a test result indicating Down Syndrome, a prenatal diagnosis of Down Syndrome, or any other reason to believe that the unborn child had Down Syndrome.”

Of those reporting an abortion in Ohio, the majority (nearly 8,000 of those having abortions) had two or more living children.

“While the age distribution of women obtaining abortions has remained relatively unchanged since 2004, the age-specific abortion rates for women under age 25 have steadily decreased,” the report stated. 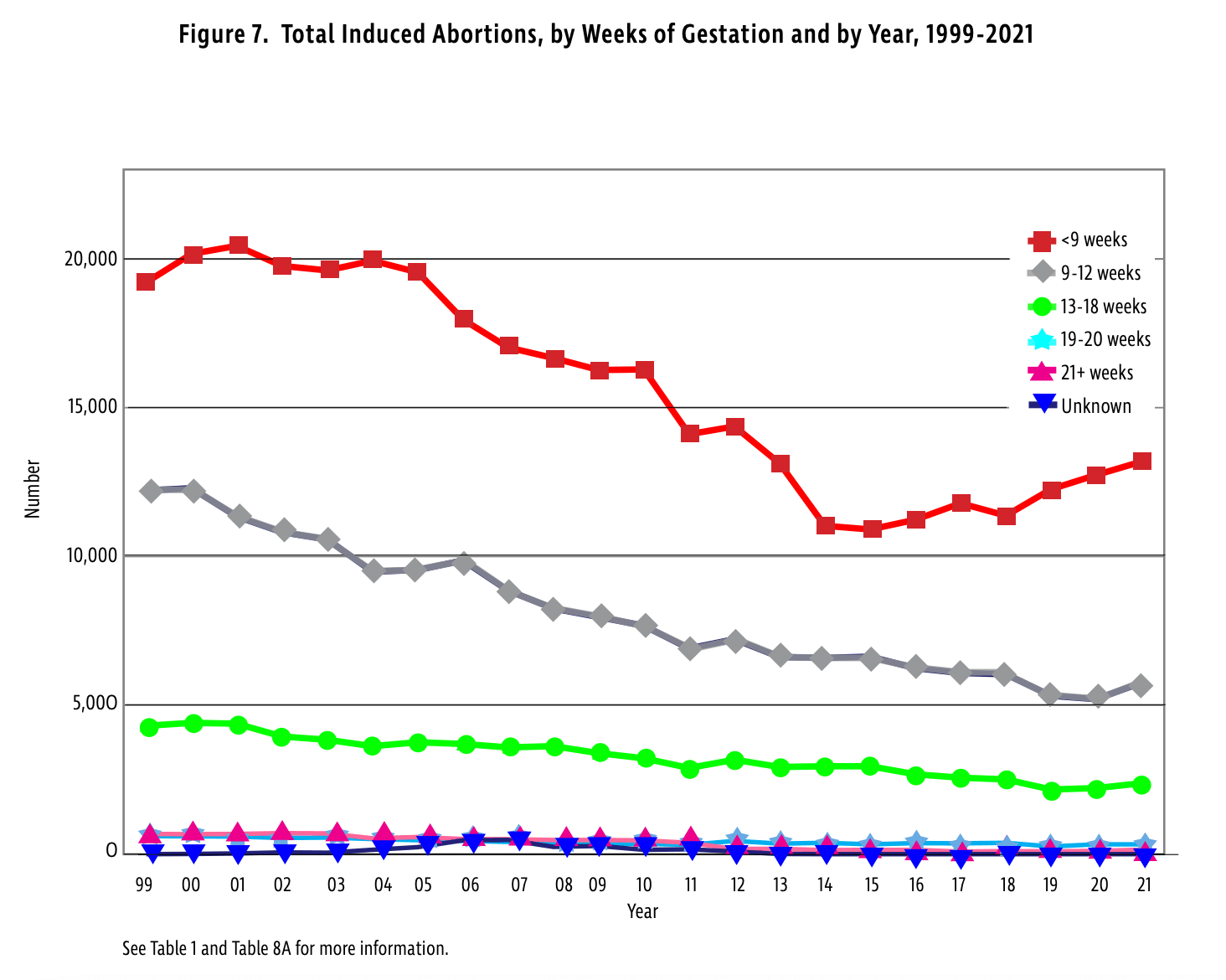 State researchers said the “vast majority” of reported abortions happened in the six major metropolitan areas, with Cuyahoga seeing 31.1% of those. Summit County reported 16.3% of all abortions; Hamilton and Franklin counties saw 16%; while Montgomery saw 15.9%, and Lucas County saw 4.6%.

Answering a question legislators tried to tackle through a bill on what they called “botched abortions,” the state reported only two of the 31 total abortions in which a complication was reported as “failed abortions” on confidential abortion reporting forms.

The data will undoubtedly be affected by the implementation of a six-week abortion ban, which happened hours after the Dobbs decision that struck down Roe v. Wade in the U.S. Supreme Court, despite the fact that the abortion law is now held up in a Hamilton County Court.

ODH said they only count abortions of Ohio residents that happened in the state, so any Ohio residents, for instance a 10-year-old rape victim who went to Indiana for an abortion while the six-week ban was still in place, and others who said they went to other states for abortions, won’t be counted in the yearly report.

“What the last few months has really brought into focus is that each of these numbers is a person, a person who needed abortion care and was able to get the care they needed. For several months in 2022, Ohioans didn’t have that option,” said Jaime Miracle, deputy director of Pro-Choice Ohio, in a statement on the report.

With the six-week abortion ban temporarily paused by Hamilton County Judge Christian Jenkins, abortion is currently legal in Ohio up to 22 weeks after the last menstrual period.

Anti-abortion groups are now looking toward the state to further the moves made by the U.S. Supreme Court in overturning nationwide abortion legality.

“Ohio Right to Life will continue its pro-life advocacy in communities across the state and within the halls of our state government,” Ohio Right to Life president and State Medical Board of Ohio member Mike Gonidakis said in a statement on behalf of ORL.