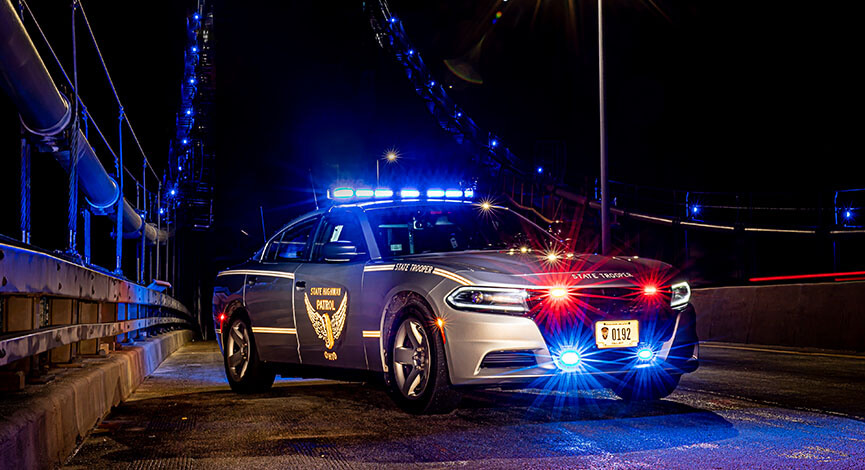 Findlay, Ohio — The Findlay Post of the Ohio State Highway Patrol is investigating a fatal crash on Interstate 75 northbound, north of state Route 235 in Eagle Township.

The crash occurred Friday at approximately 2:44 a.m. in the traffic backup from a vehicle fire, according to OSHP.

The preliminary investigation showed traffic was stopped on I-75 because of a vehicle fire ahead.

Traffic was backed up approximately four miles when a Peterbilt semi tractor-trailer combination, operated by 33-year-old Jagdeep Singh Chohan, of Brampton, Ontario, struck the rear of a stopped Mack tanker truck, operated by 55-year-old Robert A. Borer Jr., of Toledo.

The impact pushed the tanker truck forward causing it to strike an International semi tractor-trailer combination, operated by 38-year-old Brandon L. Davis, of Charlestown, Indiana, and a Buick sedan, operated by 19-year-old Lorenzo K. Buckingham, of Toledo. The Buick was pushed into the center median where it came to rest.

A short time later, a Kenworth semi tractor-trailer combination, operated by 56-year-old James L. Tolbert, of Flint, Michigan, swerved to avoid the multiple vehicles that were disabled in the roadway, running off the side of the roadway, where it struck the Buick before coming to rest in the median. The impact caused a steel coil to come loose from the Kenworth trailer, landing on the back of the Buick.

Borer Jr. suffered fatal injuries at the scene. Chohan and Buckingham sustained minor injuries and were both transported to Blanchard Valley Hospital.

The northbound lanes of I-75 were shut down for more than nine hours and have since reopened.