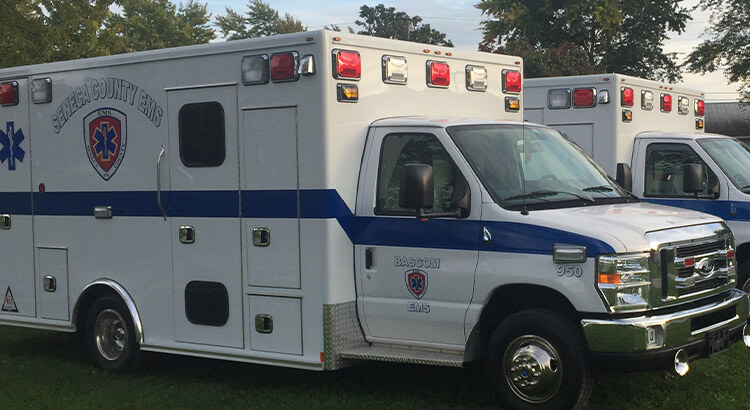 This fall, voters in 11 townships and five villages will be asked to end their current EMS levies and replace all of them with a new 2.5 mill levy. Passage of the levy will allow for construction of new ambulance facilities and the hiring of more EMS personnel throughout the underserved regions of the county, according to a press release from the “Yes for EMS” campaign.

Former Sutton Bank CEO Rick Gillett and Michael Scherger of Scherger Farms will serve as co-chairs of the committee.

“This can be a life and death situation for those in the impacted area as well as those traveling through those areas,” said co-chair Rick Gillett. “For decades, rural portions of Seneca County have relied on emergency services to be provided largely by volunteers. Over time the number of volunteers has decreased and has put stress on the delivery of EMS in the underserved areas. Some areas are worse than others. This has led to long wait times and an increase in squads being out of service. The formation of the new Joint EMS district and the additional funding the levy will provide is part of the evolution to move safety services forward in our county.”

Notably, in order for this levy to be on the ballot, township trustees in each impacted township needed to approve the language for voter consideration; the trustees approved the language unanimously in all areas.

Passage of the levy would ensure the construction of strategically located stations throughout underserved areas to achieve the EMS system’s goal of responding to calls in 10 minutes or less, according to the campaign. A map of these areas will be made available soon.

Four public townhall meetings will be held throughout Seneca County in September and October to educate the public about the levy:

More announcements from the campaign will be made in the days and weeks ahead.