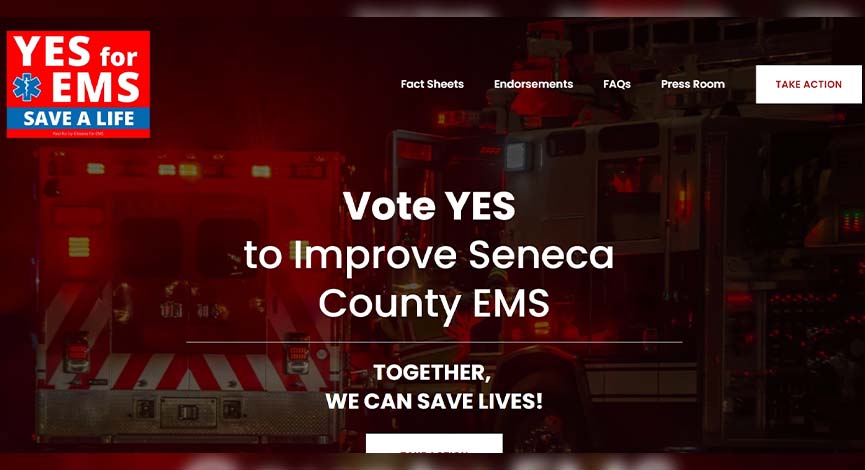 Tiffin, Ohio — The “Yes for EMS” levy campaign in Seneca County announced Monday that an informational website, www.YesforEMS.com, has been created for voters about the November 2022 Joint Ambulance District levy.

Earlier this month, it was announced that voters in 11 townships and 5 villages will be asked to end their current EMS levies and replace all of them with a new 2.5 mill levy.

Passage of the levy will allow for construction of new ambulance facilities and the hiring of more EMS personnel throughout the underserved regions of the county, according to a press release from the “Yes for EMS” campaign.

The website will be continually updated throughout the next six weeks, particularly after the upcoming town hall meetings, and contains information about the levy, including:

As was previously announced, four public townhall meetings will be held throughout Seneca County in September and October to educate the public about the levy:

More announcements from the campaign will be made in the days and weeks ahead.