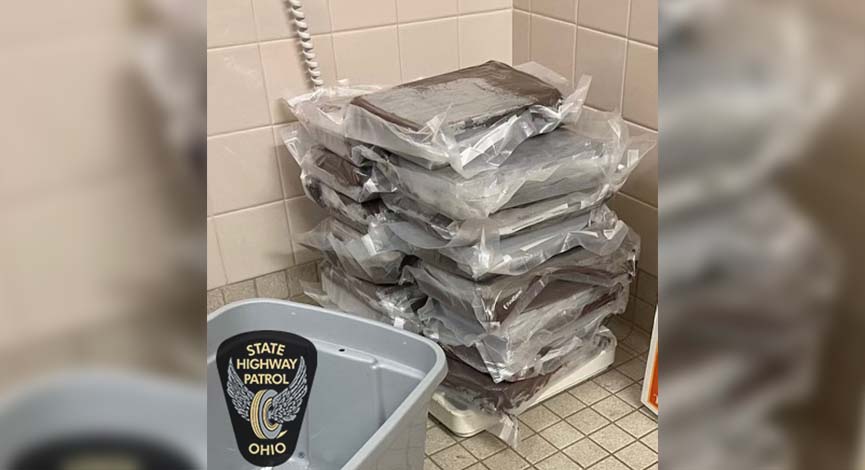 During the traffic stop, troopers seized 33 pounds of cocaine worth approximately $1,073,000.

On Monday, Sept. 19, at 3:21 p.m., troopers stopped a 2018 Dodge Ram cargo van with Texas registration for a turn signal violation on Interstate 75.

Criminal indicators were observed and a Patrol drug-sniffing canine alerted to the vehicle. A probable cause search of the vehicle revealed the contraband, according to a press release from OSHP.

The driver, 32-year-old Paige LaTonya-Katryna Hamilton, of Palm Bay, Florida, was incarcerated in the Wood County Jail and charged with possession and trafficking in drugs, both first-degree felonies.