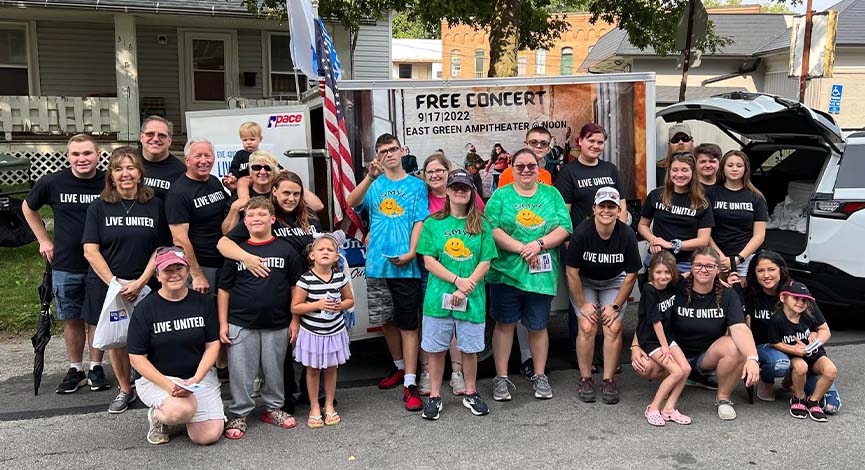 Volunteers, spectators, and United Way supporters gathered at the East Green Amphitheater in downtown Tiffin on Saturday to kick off the 2022-2023 Tiffin-Seneca United Way campaign.

Along with announcing the 2022-2023 campaign cabinet, the event featured special entertainment, guests, and some freebies.

Following Tiffin Mayor Dawn Iannantuono’s proclamation, TSUW Executive Director Kari Steele shared a story of a local terminally ill woman who received support services from First Call for Help and how donations received made a direct impact on her life.

Board President David Stover represented the board of directors while partner agencies were represented by Jennifer Gill of Seneca Mentoring Youth Links, Barb Flood of Patchworks House, and Diane Culver of Allen Eiry.

Mikayla Ludwig was a featured speaker and expressed her gratitude while sharing her experience of getting help through direct services from First Call for Help, Salvation Army, and Patchworks House.

The 2022-2023 campaign theme was announced as “Sheltering our community through life’s storms. That’s what it means to Live United.”  The aspirational goal was set for $1.2 million with the message being if every working member in Seneca County gave just $1 per week the goal would be superseded.

Through the message of “every dollar will count,” Lewis mentioned all the methods in which donations could be received and put special emphasis on the new online bill pay system through Harness, an updated online payment processor, which uses text messaging or a QR code. 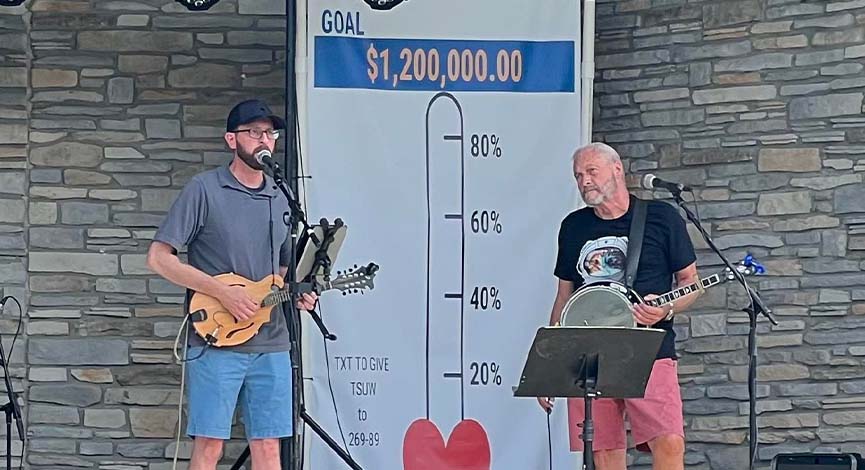 Once all campaign details were announced, Chris Lewis announced the band, The Athen Ry out of Findlay, Ohio. The folk-rock band featured Alex Treece on mandolin, Jason Wagner on guitar and harmonica, vocal harmonies by Maria Weigman on violin, Dan Wilkinson on upright bass and Matt Walker on percussion.

United Way is currently scheduling short presentations, so if you or anyone you know would like to donate to the United Way or learn more, call Nikki at 419-448-0355.