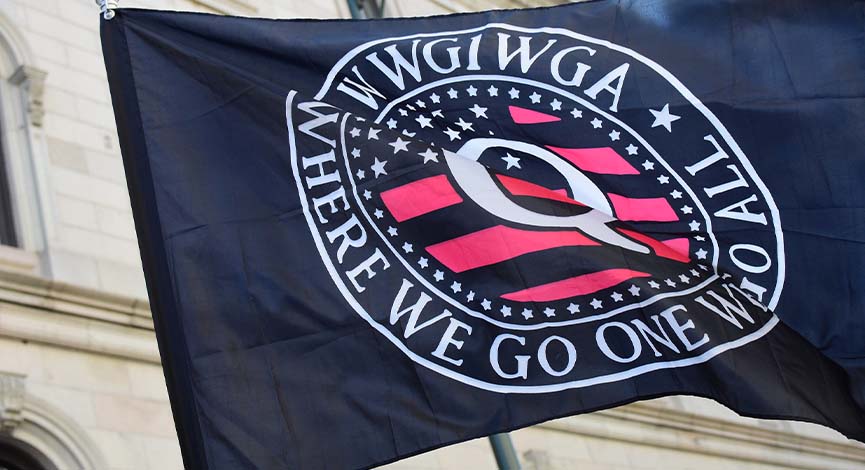 In a rare moment of candor, U.S. Senate Minority leader Mitch McConnell downplayed expectations of Republicans capturing control of the Senate in the 2022 midterms. “Candidate quality has a lot to do with the outcome,” he drawled. Ohio will surely test his theory on Nov. 8 with its spate of low-bar candidates stumbling to the finish line.

From Senate to Statehouse, awful to appalling nominees threaten to blow what should have been a slam dunk year for the GOP in a red-leaning state. From a sellout to a poser misrepresenting his military service, Republican strategists are pulling their hair out debating which cringe-worthy campaigns are salvageable and which are not.

The national GOP has all but written off the poser in Ohio’s 9th District after a bombshell AP report about J.R. Majewski’s unsupported claims of combat duty in Afghanistan (not to mention his denials about his deep dive into QAnon and the Jan. 6 insurrection). Nothing says no confidence in winning this one like the House Republican campaign committee canceling nearly $1 million in ads to boost Majewski.

On the Senate side, J.D. Vance is keeping GOP leadership up nights with his mail-in campaign to replace Ohio Sen. Rob Portman. Still, McConnell’s allies have come to the rescue. A $28 million ad blitz will soon blanket Ohio airwaves to prop up Vance’s senatorial bid. Maybe the cash infusion will do the trick for the Silicon Valley transplant who spends more time out of state than in. ‘Sure won’t be Vance’s grasp of retail politics or authenticity that wins the day.

Vance is a Machiavellian marvel. An “the ends justify the means” kind of climber. From his sham nonprofit (a vehicle for his senatorial ambitions) and Never Trumper to Trumpian suck-up, Vance is unscrupulous in pursuit of power. “Sad,” as the coup plotter Trump might say. The 38-year-old venture capitalist will do or say anything to get ahead even if it means being humiliated as a groveling toady.

But Vance sabotages his ambition with arrogance and a propensity to disparage or degrade Ohio voters. He infuriated women with his support of hardline abortion bans without exception, his fluid positions on a national abortion ban, his suggestions that women stay in violent marriages, his derision of working women who’ve “been had” for choosing professions over staying home and raising children.

He alienated Ohio’s large Ukrainian-American community with his indifference to the Russian invasion and his calls to end U.S. funding in Ukraine. He insulted Somali-Americans in Columbus — the second largest community in the country — with gratuitous fearmongering about Muslims who immigrate. He went ugly to mesh with his angry white man spewing MAGA grievances persona. Expect another Vance makeover to distract the sizable non-Trumpy constituency in the state from his allegiance to a fascistic threat to American democracy.

There may be no distraction that could save another Republican candidate self-destructing in real time. House Minority Leader Kevin McCarthy may rue the day he came to northwest Ohio to stump for Majewski, a prospect who had every partisan advantage to flip a Democratic district redrawn to lean Republican. Then came the AP report punching a giant hole in the Port Clinton man’s story of being a “combat veteran” deployed to Afghanistan.

Military documents obtained by AP suggest Majewski was never deployed there. Moreover, a review of his service records show he spent most of his active-duty service stationed in Japan, deploying for a few months to Qatar where he helped load and unload planes. Although combat support bases can be designated as combat zones, the risk of service members ever facing hostilities is slim.

Yet apparently the misleading Majewski considered himself immune to scrutiny. He made pointed references to his tour of duty in Afghanistan, even describing the “tough” conditions endured. The House Republican campaign committee recently released a biography of Majewski echoing what he claimed as a veteran whose “squadron was one of the first on the ground in Afghanistan after 9/11.”

Except it didn’t happen, according to additional accounting provided AP by the Air Force. No records seem to exist of the MAGA Republican seeing combat in Afghanistan — as he’s asserted numerous times. To compound the damage, the AP investigation also exposed other assertions of his biography that are suspect. “His post-military career has been defined by exaggerations, conspiracy theories, talk of violent action against the U.S. government and occasional (bankruptcy) financial duress.”

The Republican candidate for Congress, who previously made headlines for painting a giant Trump sign on his lawn, promoting QAnon, (“I believe everything that’s been put out from Q”) and joining the riot at the U.S. Capitol on Jan. 6, has been reduced to denying he lied and vowing, if elected, to pursue a law “that would make it a crime to besmirch veterans.”

Ohio’s list of cringe-worthy campaigns is long, including a QAnon podcaster and election denier running for secretary of state; a former Miss Ohio and Trump surrogate sympathetic to the insurrectionists, running for Congress; a former Trump aide accused of abuse by his ex-girlfriend doing the same thing; and the garden variety right-wingers banning books, controlling women, and conspiring to rig elections.

Sigh. The supply of quality candidates who actually want to improve lives is short. ‘Feel your pain, Mitch.