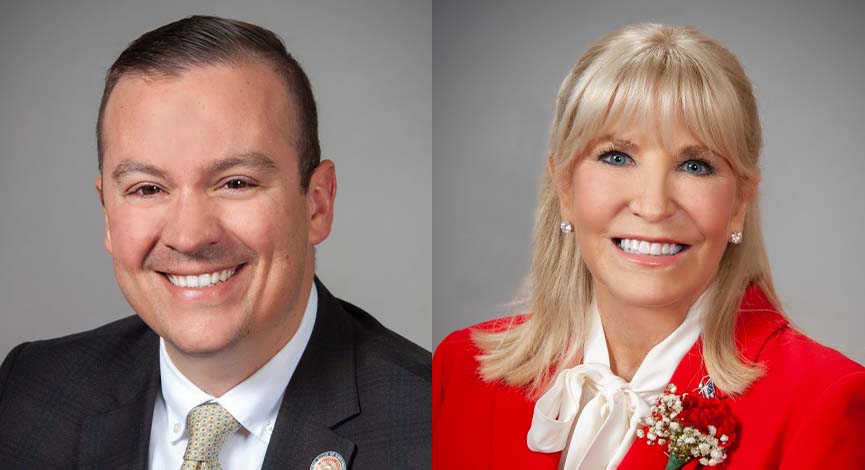 At parents’ request, teachers would need to provide students with alternative instruction that doesn’t include this sexually explicit content.

The sponsors refused to specify what precisely they’re trying inform parents of that’s occurring in the classrooms.

The legislation also requires boards of education to notify students of any “change in the student’s services or monitoring” regarding their mental, emotional, or physical health and well-being. Likewise, it prohibits school personnel from “directly or indirectly encouraging” a student to withhold information from their parents regarding their mental or emotional health.

The legislation continues a pattern of Republican legislation on a state and national level seeking to restrict what’s taught in classrooms, especially as it relates to race relations, American history, gender, and sexual identity.

“I think the real issue here is just how vague the term ‘sexually explicit content’ is,” said Kathryn Poe, a public policy and digital communications manager with Equality Ohio, which advocates for LGBTQ interests.

Poe noted the bill makes no exception for health, biology or anatomy classes. The bill’s real point, Poe said, is to use the legislation’s vague language to chill speech about gender and sexuality in classrooms under guise of parental rights

“We know who will be called out here — it’s LGBT people,” she said.

The newly introduced bill in Ohio is largely a copy of similar legislation recently enacted in Virginia and Missouri. In Missouri, NPR reports the legislation goes as far as to criminalize teachers and librarians providing sexually explicit material to students, leaving librarians pulling books off the shelves to comply. A similar law passed the Pennsylvania Senate earlier this summer, according to the Pennsylvania Capital Star.

Organizations representing the LGBTQ community in other states have also protested the legislation, arguing the laws are a means of marginalizing gay and lesbian voices and experiences in classrooms.

Some 36 states have introduced 137 bills designed to restrict teaching about race, gender, U.S. history and sexual identity, according to a report from PEN America, which advocates for the freedom of expression in literature. Seven became law this year, and another 12 became law last year.

In Ohio, Republicans introduced House Bill 327, which forbids educators from teaching certain “divisive concepts” mostly related to race in America, past and present. Another, House Bill 616, includes the ‘divisive concept’ provisions but expands the proposal to also prohibit the teaching of “sexual orientation or gender identity” until it’s “age appropriate” (a point in time not specified by the legislation). Neither have passed as of yet.

The recent bill’s sponsors declined to specify what kinds of purported sexually explicit conduct or changes in student health monitoring they’re seeking to inform parents of. Instead, in a statement through an aide, they both said the legislation would bring teachers and parents together to “foster involvement.”

The General Assembly is set to return after the November elections to wrap up its legislative work before the term ends.