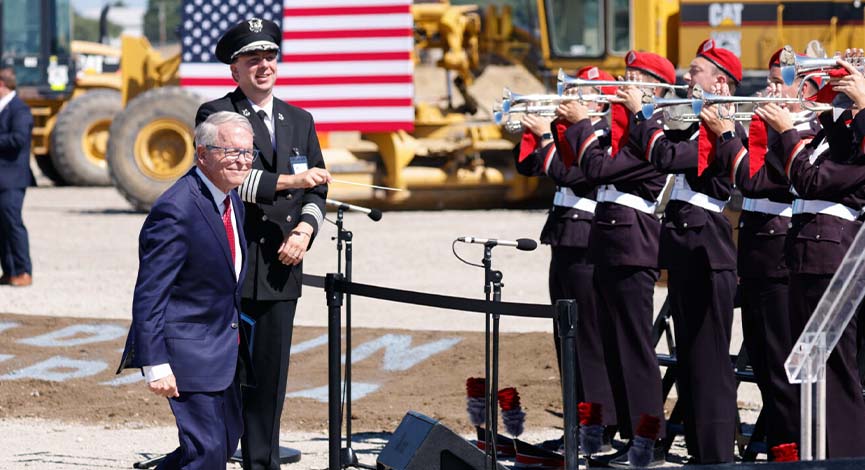 Columbus-based lobbying firm The Montrose Group commissioned the survey of statewide races and campaign issues. Another Columbus firm, Fallon Research and Communications, contacted 600 registered voters over six days last week. The poll’s margin of error is plus or minus 4%.

In the U.S. Senate race, Ryan leads Republican J.D. Vance 46% to 43%. That falls within the poll’s margin of error and with 11% of respondents undecided, the contest is still very much up for grabs.

Gov. Mike DeWine’s reelection chances look substantially better according to the poll. A 49% share of respondents favor DeWine to 36.5% supporting Democrat Nan Whaley. The former Dayton mayor is trailing the governor in every major media market, the pollsters note — even her home city of Dayton.

Pollsters point to DeWine’s long tenure in office, and his ability to take credit for Intel’s investment in Licking County. Still, even in the governor’s race, there are enough undecided voters to swing the election to either candidate.

Pollsters said the economy was the biggest concern on respondents’ minds.  But how they actually feel about it seems muddled.

About a third ranked “cost of living” as their top issue, and separately, almost half reported feeling their household income is failing to keep up with inflation.  Nevertheless, “57% of the voters surveyed were satisfied with the quality of life in Ohio,” pollsters report in the press release. Majorities also said cities should be allowed to levy income taxes, and their current income taxes are “pretty fair.”

After this summer’s Supreme Court ruling overturning Roe v. Wade, abortion ranked as the second most prevalent top issue among respondents. Crime and violence rounded out the top three.