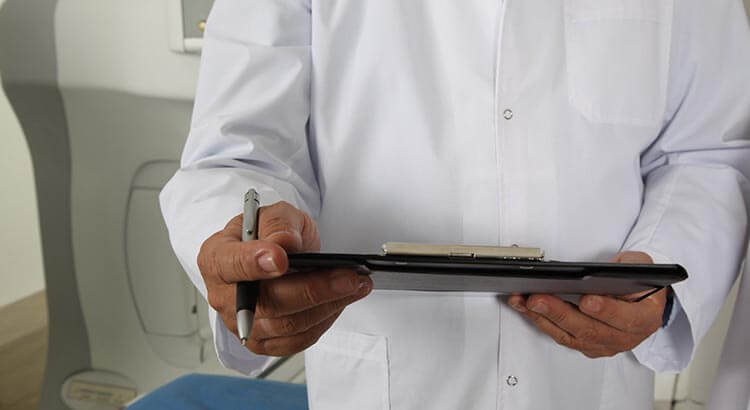 Democrats in the U.S. Senate are confident the Department of Veterans Affairs can implement a new policy that allows its doctors to provide abortions when the pregnancy threatens the patient’s life or health, or when it’s the result of rape or incest.

The VA announced the new policy last week to cheers from Democrats who have been searching for ways to broaden abortion access in states where the procedure has been outlawed since the U.S. Supreme Court ended the constitutional right to abortion in June. Abortion counseling and services would be provided to pregnant veterans and their beneficiaries in limited circumstances.

But Republicans have sharply criticized the VA for changing its longstanding no-abortions policy, with some pledging to keep the status quo.

Illinois Sen. Tammy Duckworth said this week that because VA hospitals are linked to teaching hospitals, those health care providers will have physicians on staff with the medical knowledge to perform the procedure.

In addition, Massachusetts Sen. Elizabeth Warren said the Department of Justice would protect doctors from prosecution in states where abortion is now banned or heavily restricted.

“One of the strengths of VA health care is that every major VA hospital is affiliated with a teaching university, a medical university teaching facility,” Duckworth said. “So the skill, the ability to perform the procedures will be there.”

VA doctors also aren’t necessarily licensed in the state where they practice, she said, which means they likely would not face legal ramifications in states that have banned or restricted abortion.

VA doctors’ medical licenses could not be revoked for following VA abortion policy when it differs from state law “because many of them don’t have a license in that state because they are operating at the federal level,” Duckworth said.

Warren said she has “no doubt” that if a state’s attorney general or other prosecutor tries to put a VA health care provider in prison for acting in line with the VA’s new abortion policy, the U.S. Department of Justice would go to bat.

“The Department of Justice is there to defend the VA when the VA is acting in accordance with federal law,” Warren said.

Republicans pledged opposition. “This proposal is contrary to longstanding, settled law and a complete administrative overreach,” Illinois Republican Rep. Mike Bost, ranking member on the House Veterans’ Affairs Committee, said in a statement last week. “I oppose it and am already working to put a stop to it.”

“I have no intention of abdicating my duty to enforce the Unborn Life Protection Act against any practitioner who unlawfully conducts abortions in the State of Alabama,” Marshall told AL.com in a statement. “The power of states to protect unborn life is settled.”

Alabama’s abortion law bans the procedure unless the woman’s life or health is at risk, meaning Marshall would likely be trying to prosecute VA-affiliated doctors who end pregnancies that were the result of rape or incest.

The sharp GOP criticism of the new abortion policy is expected to lead to court challenges. If upheld, it could mean that a future Republican president would push the VA to reverse course, banning all abortions once again.

Arkansas Sen. John Boozman, the top Republican on the panel that funds the VA, said Thursday he expects the court system may end up deciding whether the Biden administration had the authority to change the policy.

“In the past, we’ve had to carry legislation, specifically for in vitro fertilization. And now all of a sudden, they’re talking about abortion services at the VA, so I don’t think they have the authority to do it,” Boozman said.

The specific situations in which VA could provide abortion to ensure the life or health of the woman are “very vague,” Boozman said. “Because of that, I think I and many others are very concerned,” he said.

Florida GOP Sen. Marco Rubio, who said shortly after the announcement the decision was “grotesque and illegal,” said this week that he expects a future Republican president would undo the policy if it lasts that long.

“Well, if the current president switched it, a future president could switch it back,” Rubio said.

The flip-flopping on an abortion policy isn’t without precedent.

The so-called Mexico City Policy, or global gag rule, changes every time control of the White House moves from one party to the other.

Originally implemented by President Ronald Reagan in 1984, the policy, when in place during Republican presidencies, prevents nongovernmental organizations operating in foreign countries from performing or actively promoting “abortion as a method of family planning” if they want to receive U.S. foreign aid dollars.

Montana Democratic Sen. Jon Tester, chairman of the Veterans’ Affairs Committee, said Thursday he believes the VA did have the authority to change its abortion policy “because the VA is charged with taking care of people.”

He, however, expects it will be challenged in court.

“I hope they’re unsuccessful because, quite frankly, then what the VA would have to do is say, ‘Look, there’s a medical procedure we can’t use, so you’ll have to die.’ I think that’d be a pretty horrible thing, especially since most of the people who work in the VA are there because of the veterans, they are not there for any other reason,” Tester said.

Hawaii Democratic Sen. Mazie Hirono said she expects Republicans will do “everything they can to stop” the VA from providing abortions for patients whose life or health is at risk, or those that are the result of rape or incest.

She said she’s confident the VA has the authority to terminate pregnancies.

“They are going to provide abortions until a court order or some legal proceeding tells them they can’t do it,” she said. “But until then they can do it. They will do it.”