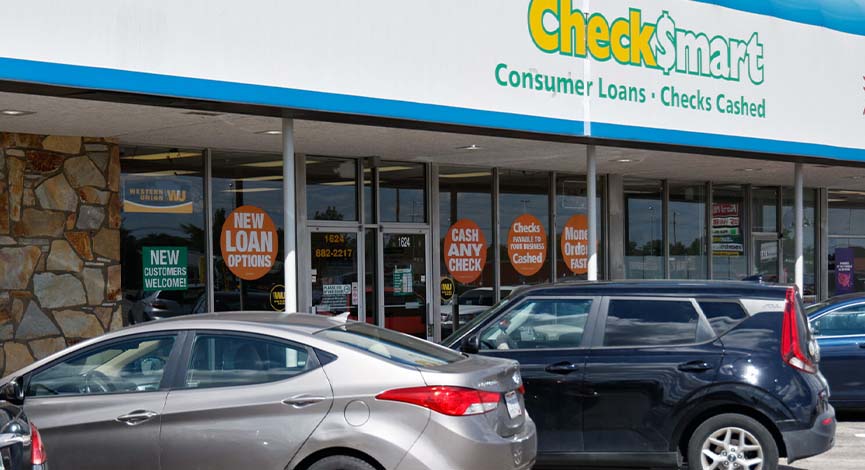 A Franklin County municipal court judge last week rebuffed a “legal fiction” she said was concocted to evade Ohio’s new payday lending law and ruled against a company seeking to collect the debt.

Judge Jodi Thomas, in what she indicated is one of the first major decisions under Ohio’s 2018 payday lending reform, ruled that a short-term loan issued by Green Bear Ohio was confusingly structured in order to evade Ohio’s borrower protections.

A woman named April Williams walked into a local CheckSmart office April 28, 2019 for a loan and walked out with a $501 check to be repaid in 30 days. Unbeknownst to her, she agreed at the time to an additional $500 “security” held by another party — TPG LLC.

She never received the $500 in security and had no control over it, but was made to pay 24.99% interest plus fees on the $1,001 quasi-loan in what Thomas called an “extraordinarily convoluted” transaction.

That security, Thomas ruled, was a “legal fiction serving no purpose other than ensuring [Williams’] initial draw on the line of credit was for more than $1,000.” In other words, by surpassing the $1,000 threshold, the loan was controlled by Ohio’s mortgage lending laws, not its payday lending laws.

“The CheckSmart employee told me that because of a change in the law, the loan would be structured as a line of credit, and that I would be required to ‘borrow’ an additional $500 that I would not receive or control, but which instead would be held by the lender as ‘security’ for the loan,” Williams said in an affidavit.

A call to CheckSmart’s corporate office was redirected to the company’s general counsel, who did not respond to a voicemail.

The term payday lending typically refers to unsecured, small-dollar, short-term loans that borrowers pay back on their next payday. Such loans can be the only source of capital for poor Americans with bad credit who are in a pinch. However, the lending often comes with predatory rates and fees, trapping borrowers in cycles of taking out new loans to repay the old ones.

Williams returned to the CheckSmart location on four, monthly visits to repay the first loan with a new, larger one. In July 2019, she left with a loan of $600, which she never repaid. Subsequently, Insight Capital LLC, which purchased Williams’ debt, filed a lawsuit against her. Insight sought $600 in principal (plus 24.99% interest from the date of the judgement), along with $150 in annual fees and a $10 credit investigation fee.

A review of court records shows Insight Capital has filed hundreds of these kinds of collection cases in Franklin County Municipal Court alone. Kevin Murch, an attorney representing Insight Capital, declined to comment but noted all the cases are now closed.

“It is absolutely outrageous what the industry has done and what they’ve gotten away with,” said Emily White, an attorney representing Williams.

The court dismissed Insight Capital’s lawsuit seeking repayment from Williams, finding that the underlying loan was structured to circumvent Ohio’s mortgage lending laws. However, Thomas also dismissed counterclaims from Williams that the loans violated Ohio’s 2018 payday lending law and the Consumer Sales Practices Act. White said she and Williams are considering an appeal.

“If it is not a consumer protection violation to collect on the loans, then it will be hard for ordinary consumers to find lawyers willing to defend the cases and pursue legal remedies, especially given that most people who take out these loans have very limited funds in the first place,” White said.

The Ohio General Assembly has tried and failed on different occasions to thwart predatory practices adopted by some payday lenders.

In 2008, lawmakers passed legislation intended to force the lenders to seek licensure and comply with various limitations. Ohio voters defeated an industry-backed referendum seeking to repeal another law designed to rein in payday lending.

However, instead of getting licenses under that law, lenders registered as brokers, sidestepping its consumer protections against soaring fees and interest rates.

A challenge under that law made its way to the Ohio Supreme Court, eventually resulting in a 2014 opinion allowing payday loans under Ohio’s mortgage lending law. It revolved around a $500 loan with repayment required within two weeks and a yearly interest rate of 235%.

The decision was unanimous, but Justice Paul Pfeifer wrote a concurring opinion calling payday lending a “scourge” and criticizing state lawmakers for failing to close the loophole.

“How is this possible?” he wrote. “How can the General Assembly set out to regulate a controversial industry and achieve absolutely nothing? Were the lobbyists smarter than the legislators? Did the legislators realize that the bill was smoke and mirrors and would accomplish nothing?”

In 2018, state lawmakers passed legislation that required payday lenders — those offering loans of less than $1,000 or for periods shorter than one year — to obtain licensure and heed certain consumer protections. It also capped interest rates on the loans at 28%, down from rates well into the hundreds.

It also capped total costs (fees and interest) of loans at 60% of the loan’s principal.

The 2018 law was designed to close the loophole, prohibiting registrants under Ohio’s Mortgage Loan Act from issuing loans under $1,000 or for one year or shorter. The Williams case suggests payday lenders are still seeking to skirt the state regulations.

Rep. Kyle Koehler, a Springfield Republican who spearheaded the 2018 effort, didn’t respond to an inquiry about the recent judgement.